This tutorial explores features and capabilities of MongoDB Charts with a data source containing the Mflix sample data provided by Atlas. This sample data contains information on movies such as release year, cast, and reviews.

With this tutorial, you will learn how to use filters to refine a large result set down to an easily understandable chart, and use multi-series charts to gain further insight into the data.

In this tutorial, you'll create two charts: a sorted column chart and a scatter chart. 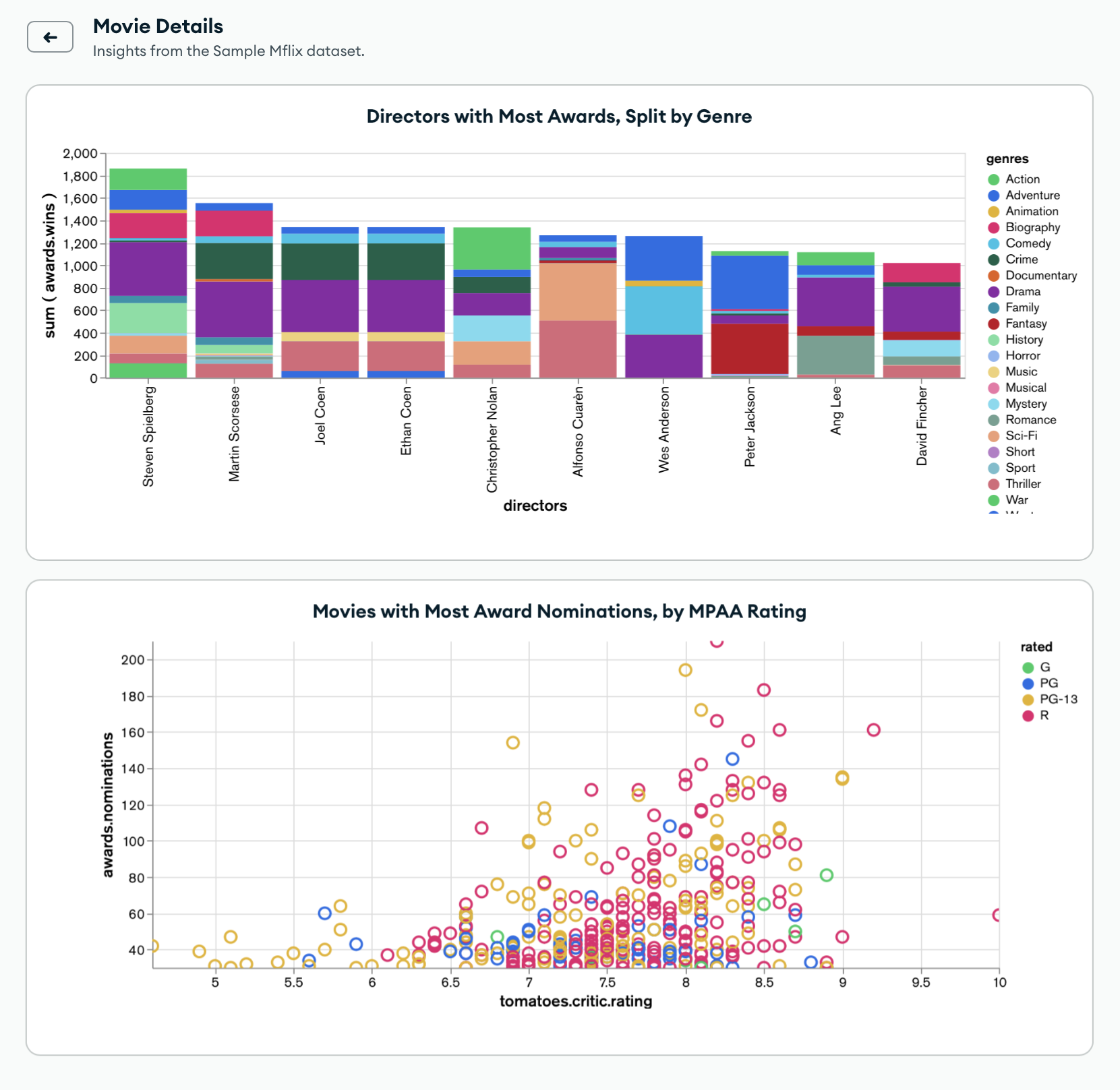 To get started, move ahead to the Load the Sample Data page.