A heatmap represents data in a tabular format as a range of color. A darker, or more intense, color represents a larger aggregated value for a particular data point.

Heatmaps support sorting and limiting for the X Axis encoding channel, but not the Y Axis channel.

Heatmaps reveal patterns or trends within your data. Use heatmaps when the exact data values are not as important as depicting higher-level trends and relationships between your data points. They can also highlight any significant outliers, or points which strongly go against the general direction of your data. A heatmap is a good choice to display:

You can adjust the X-axis label angle.

You can choose one of the following options:

To set this option:

The following chart visualizes data pertaining to movies. Each document in the collection represents a movie and contains general information about the film as well as ratings from critics. This heatmap shows the mean (average) Metacritic rating for different movie genres (Y Axis) over time (X Axis): 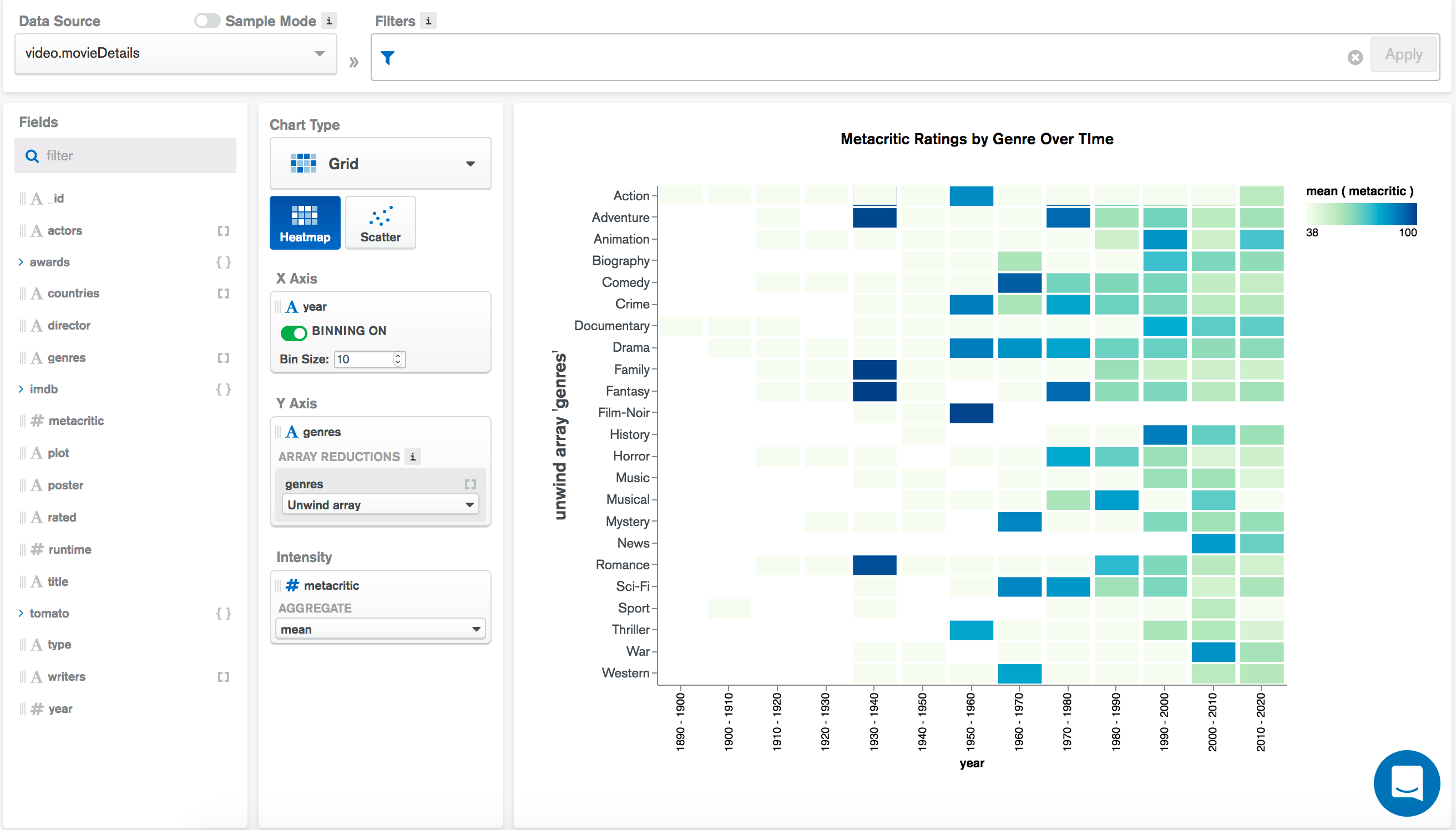 We bin the years along the X Axis into decades and aggregate to find the mean metacritic score of films from each genre released in each decade.

The intensity field of metacritic shades each grid element based on the mean metacritic field of all of the intersecting documents based on the X and Y axes fields. Based on the chart, we see that from 1930-1940 there are a few genres with very high average Metacritic scores, and over time a more even distribution of film ratings begins to occur.

If the space is white, there are no movies from that decade of that particular genre in the dataset.

The maximum query response size for a heatmap is 20000 documents.