Powered by MongoDB Mobile, MongoDB Stitch, and AWS Kinesis, the MongoDB rover debuted at AWS re:Invent. More than a thousand people stopped by our demo to see if they could navigate the rover around a treacherous alien landscape. 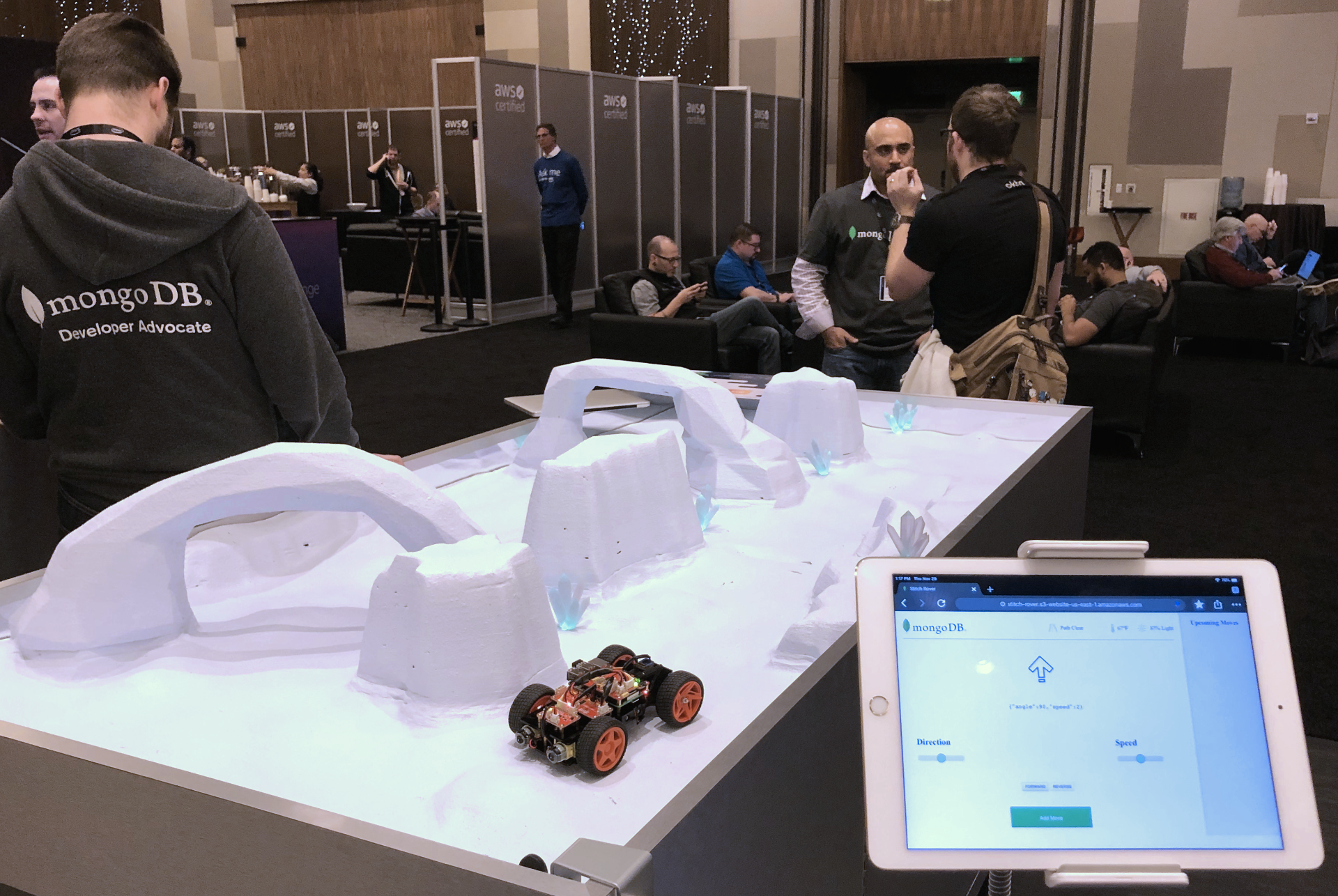 One of the challenges in controlling a rover on the other side of the Solar System is that there will frequently be times when you lose connectivity. To solve that, we store all of the commands in MongoDB Atlas and sync them to the rover (in its local MongoDB Mobile database) whenever it’s contactable. 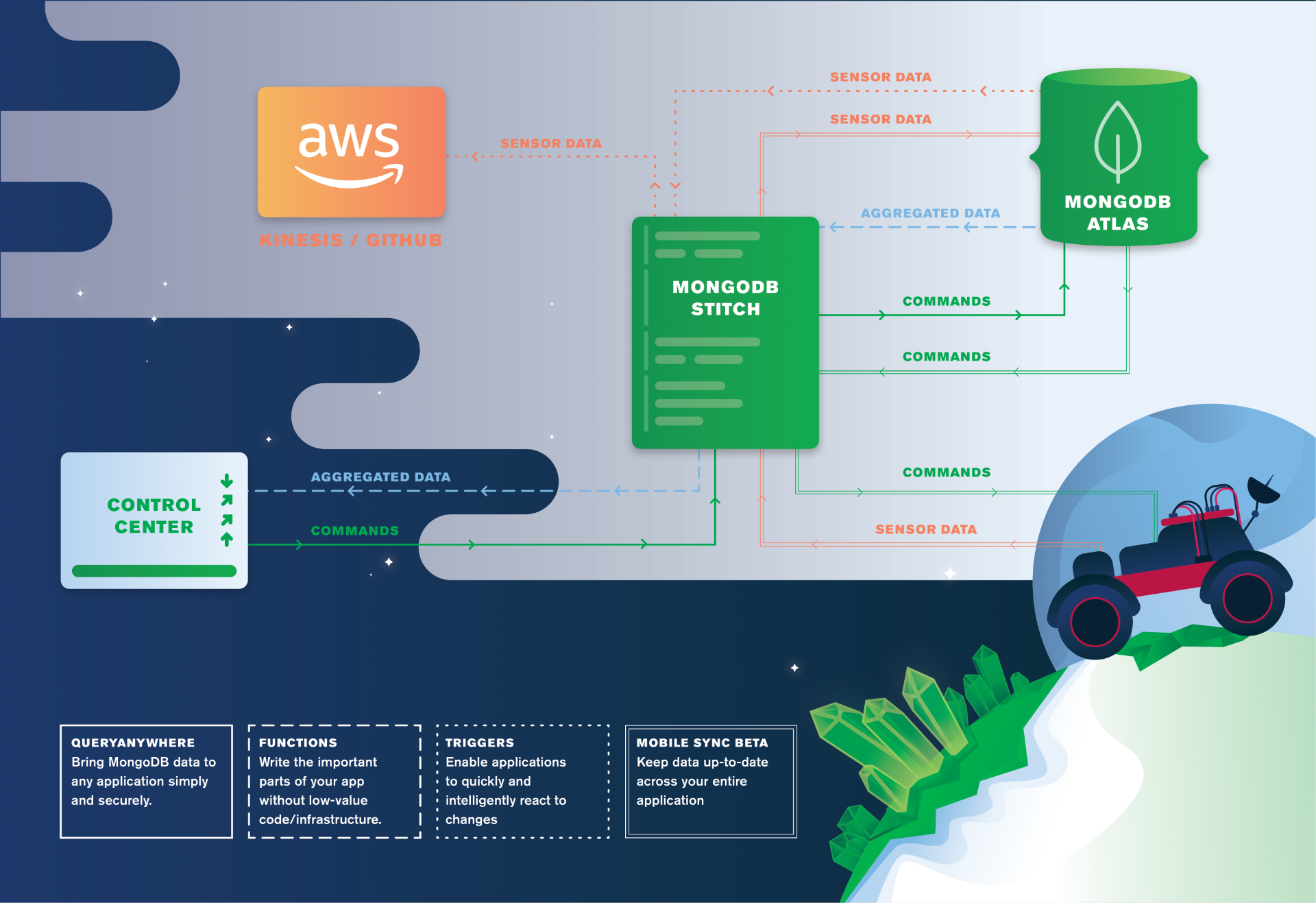 Visitors controlled the rover via a JavaScript web app, which uses Stitch QueryAnywhere to write commands for the rover directly to a collection in MongoDB Atlas (the fully managed hosted MongoDB database, in this case, running in the AWS cloud).

The first appearance of the MongoDB rover coincided with the Mars landing of InSight. We even had our own 7 minutes of terror when the event WiFi buckled under the pressure of thousands of delegates descending on the expo hall during Monday’s evening social – but it did at least demonstrate that Stitch Mobile Sync quickly catches up once connectivity is restored.

This post is the first in a series delving into the components of this interactive demo – the next is on Stitch QueryAnywhere, and if you can’t wait for more details, then you can find all of the code in GitHub.

Moving a script from MongoDB’s JavaScript-powered shell to Node.js offers a chance to get to use an enormous range of tools and libraries. Find out how to do this with only a few extra lines of code and how to then optimize the resulting script.