Today we’re excited to announce that the MongoDB Atlas free tier — which provides access to a fully managed M0 cluster with 512 MB of storage at no cost — is now available on Google Cloud Platform (GCP).

We launched the MongoDB Atlas database as a service on GCP one year ago at MongoDB World 2017. Since then, we’ve made significant product enhancements, culminating in the most powerful MongoDB service for developers building their applications on Google’s expanding ecosystem of cloud services. For example, we launched Atlas into 13 Google cloud regions earlier this year, and added the ability for customers to replicate their data to any number of regions for fast, responsive read access and multi-region fault tolerance.

Companies like Longbow Advantage, a supply chain partner to Del Monte Foods and Subaru of America, are using MongoDB Atlas on GCP to accelerate innovation and stay agile and efficient in their development life cycles.

We wanted to ensure that our team could remain focused on the application and not have to worry about the underlying infrastructure. Atlas allowed us to do just that.

The availability of the Atlas free tier on GCP will make it easier than ever for developers using the cloud platform to experiment in an optimized environment for MongoDB, with no barrier to entry. The M0 cluster is ideal for learning MongoDB, prototyping, or early development, and has built-in security, availability, and fully managed upgrades.

The Atlas free tier on GCP is available in 3 regions: 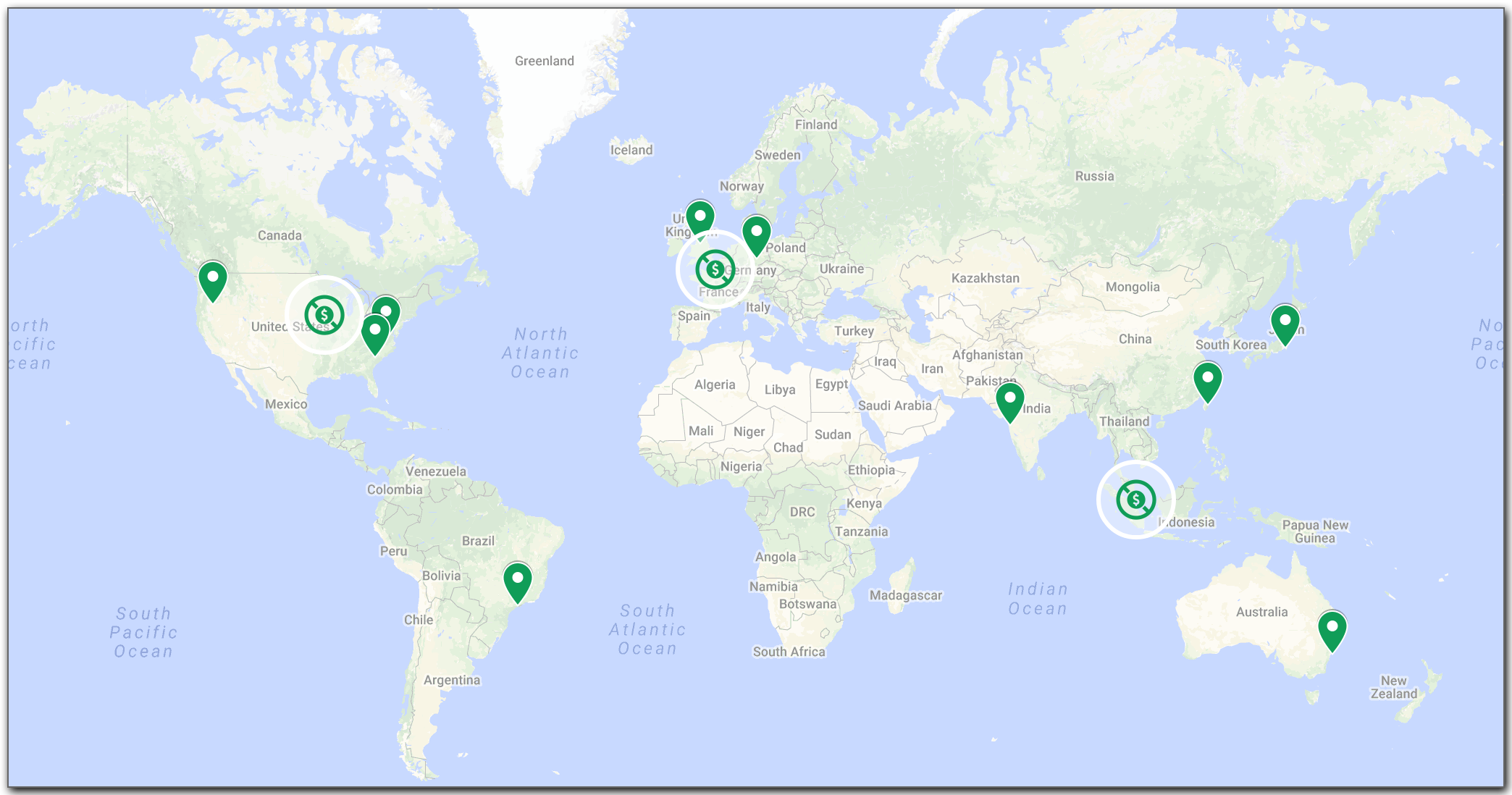 Getting started is simple. When building a new cluster in MongoDB Atlas, select GCP as the cloud provider and then select the region closest to your application server(s) with the "Free tier available" label. 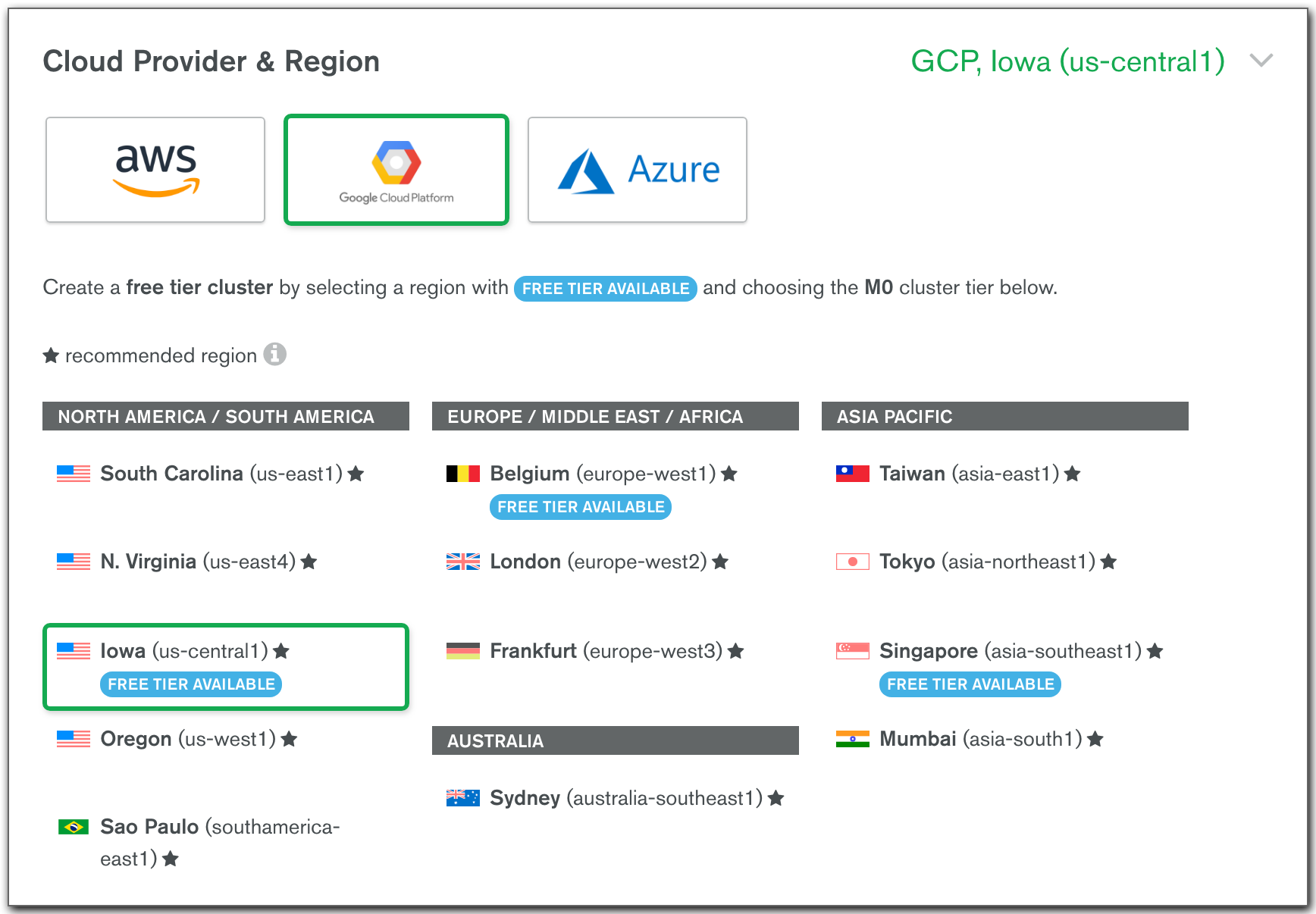 Then, in the Cluster Tier tab, select the M0 cluster size.

That's it. We're excited to see what you build with MongoDB Atlas and GCP!

Driven by emerging requirements for self-service analytics, faster discovery, predictions based on real-time operational data, and the need to integrate rich and streaming data sets, business intelligence (BI) and analytics platforms are one of the fastest growing software markets. Today, it’s easier than ever for MongoDB Atlas customers to make use of the MongoDB Connector for BI. The new BI Connector for Atlas is a fully managed, turnkey service that allows you to use your automated cloud databases as data sources for popular SQL-based BI platforms, giving you faster time to insight on rich, multi-structured data. The BI Connector for Atlas removes the need for additional BI middleware and custom ETL jobs, and relies on the underlying Atlas platform to automate potentially time-consuming administration tasks such as setup, authentication, maintaining availability, and ongoing management. Customers can use the BI Connector for Atlas along with the recently released MongoDB ODBC Driver to provide a SQL interface to fully managed MongoDB databases. This allows data scientists and business analysts responsible for analytics and business reporting on MongoDB data to easily connect to and use popular visualization and dashboarding tools such as Excel, Tableau, MicroStrategy, Microsoft Power BI, and Qlik. When deploying the BI Connector, Atlas designates a secondary in your managed cluster as the data source for analysis, minimizing the likelihood an analytical workload could impact performance on your operational data store. The BI Connector for Atlas also utilizes MongoDB’s aggregation pipeline to push more work to the database and reduce the amount of data that needs to be moved and computed in the BI layer, helping deliver insights faster. The BI Connector for Atlas is currently available for M10 Atlas clusters and higher. New to MongoDB Atlas? Deploy a free database cluster in minutes.