This post delves into using MongoDB Stitch Triggers and the Stitch AWS service to push MongoDB database changes to Amazon Kinesis. This is the fifth and final article in a series of blog posts examining how the MongoDB Mobile/Stitch-controlled rover was put together for our AWS re:Invent demo. 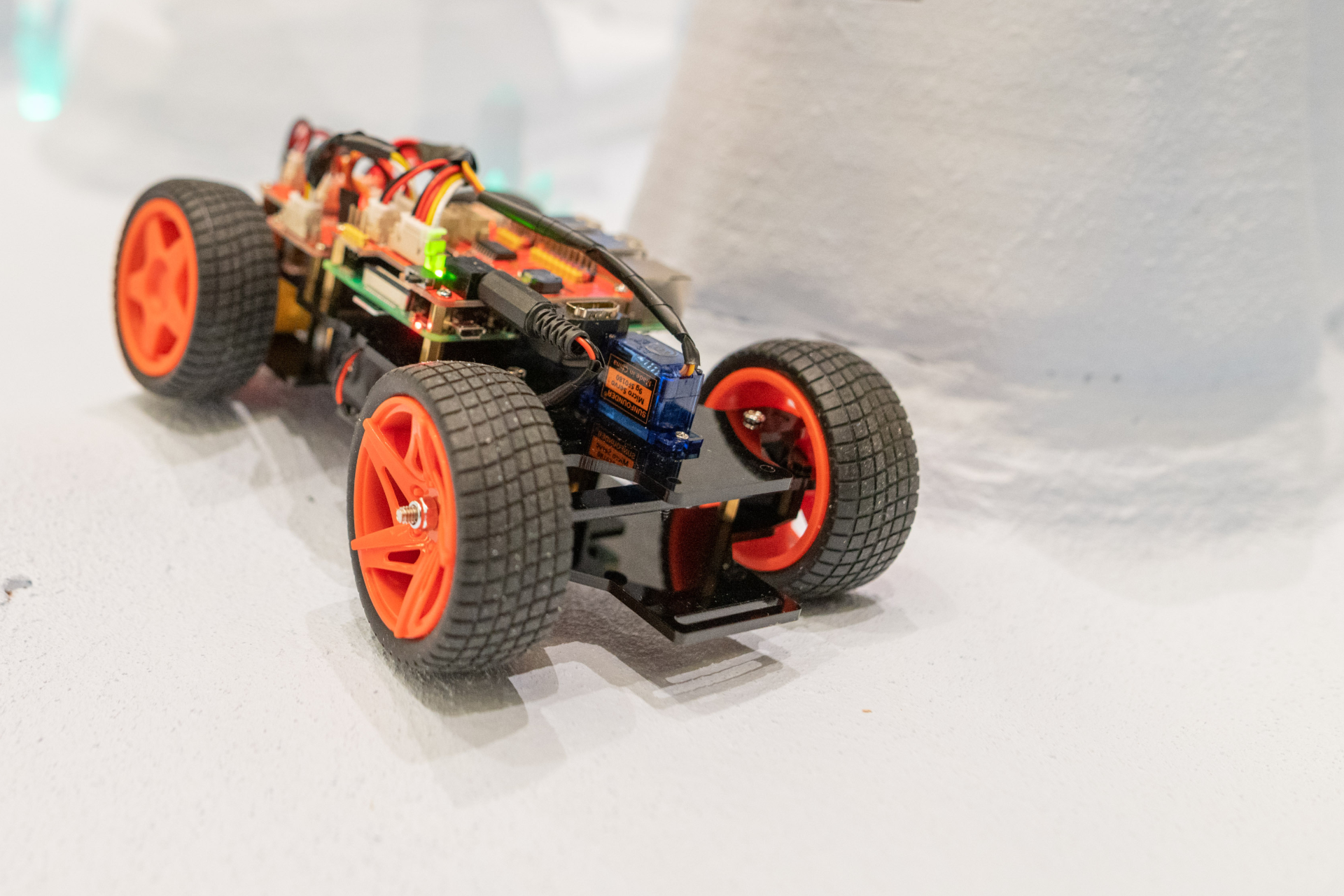 Stitch has simple, built-in integration with AWS services, letting you call services like Kinesis from Stitch Functions using syntax similar to the AWS SDK. To start, we configure a new AWS service in Stitch using an IAM role from AWS and then create a new Stitch Service rule to enable Kinesis: 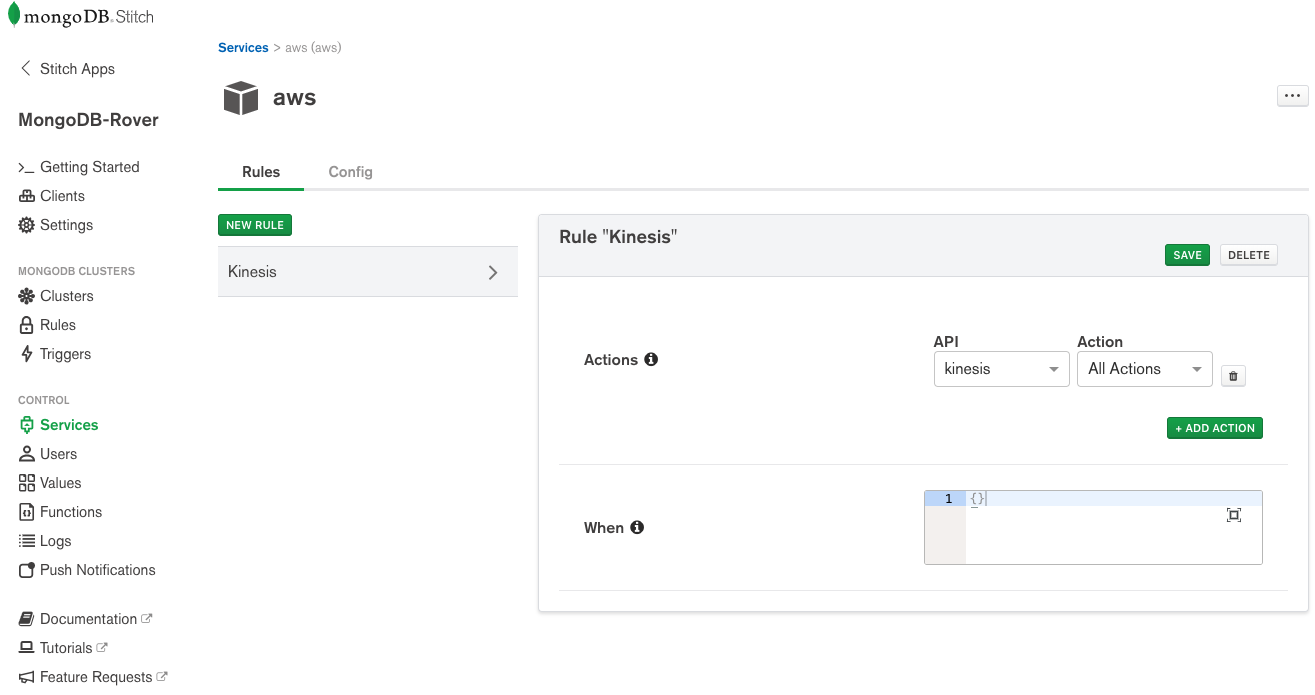 We then need a Stitch Function (kinesisTrigger) to put our rover's sensor data onto a Kinesis stream. Note that the sensor data is taken from the event function argument (we'll get to that in a second):

As the rover will sometimes be disconnected from the network, it stores the readings locally in the MongoDB Mobile database. Stitch Mobile Sync will then sync these same documents to Atlas whenever it's online. 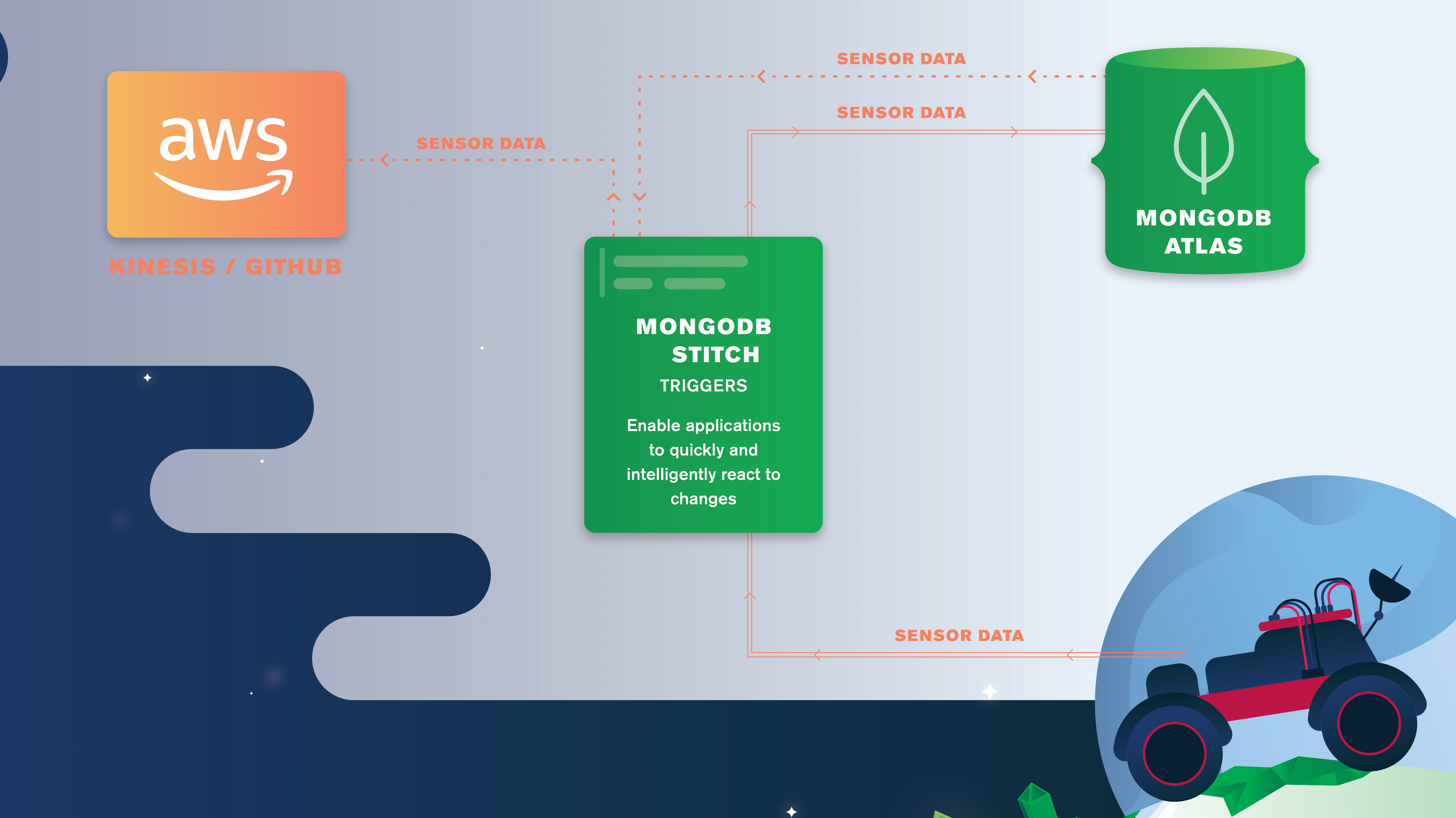 We've configured the kinesisTrigger trigger to fire whenever a new document is added to the rover.sensors collection. The trigger calls the linked function KinesisTrigger (the trigger and function names don't need to match), passing the inserted document as a function argument. From the time that the Stitch Trigger is hit, it typically takes just 20ms to get the data into Kinesis. 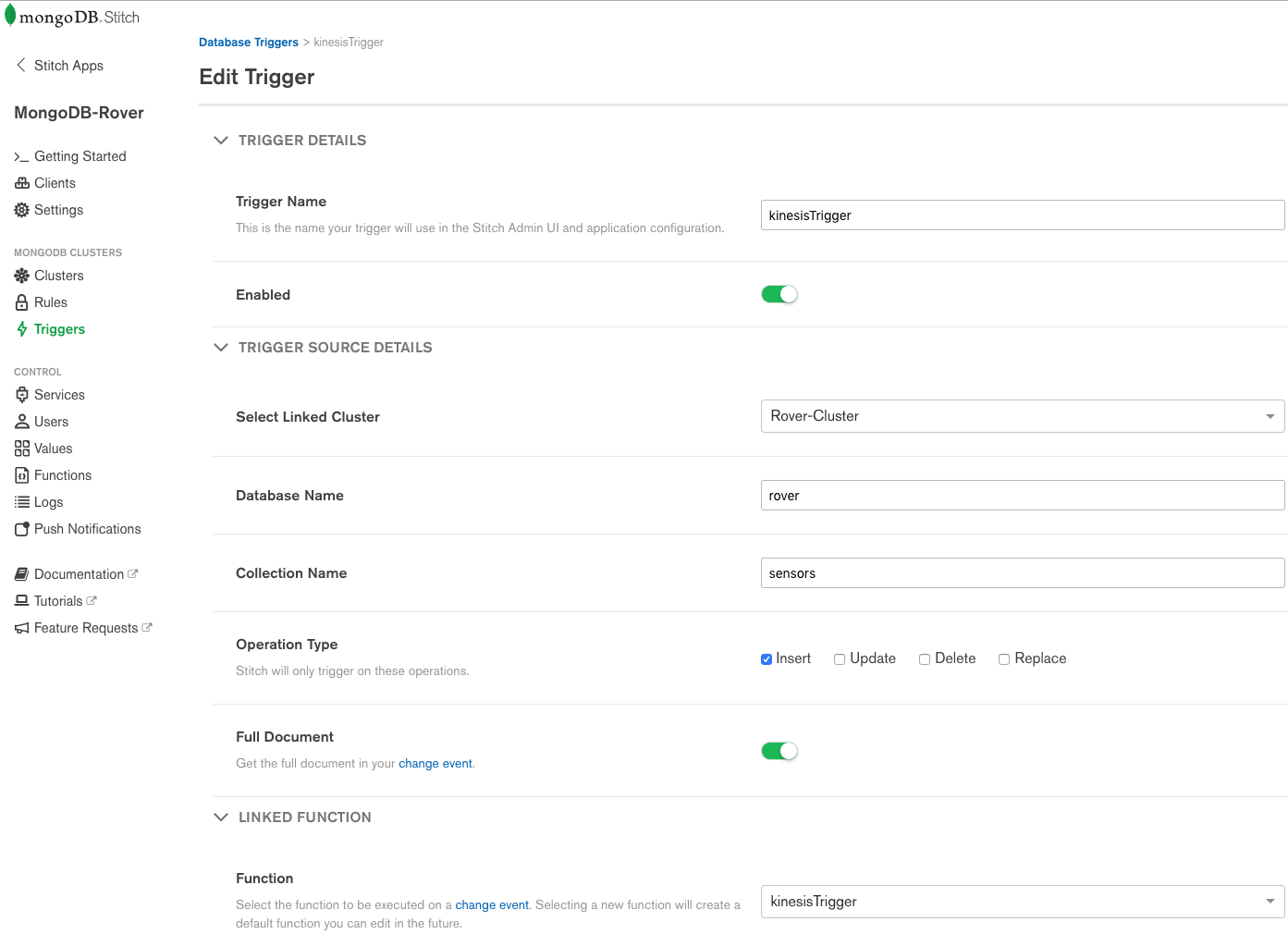 This completes the blog series. As a reminder, this is what we've covered in the five posts:

You can find all of the code in the Stitch Rover GitHub repo.

Why not try Stitch out for yourself.

Braze takes on the challenge of processing billions of events into targeted messages to consumers and powers their business with MongoDB. It's critical to do this at speed, as Braze CTO and Co-founder Jon Hyman explains in this MongoDB World 2018 presentation , as data's value starts reducing as soon as you've captured it.