At AWS re:Invent, we demonstrated how MongoDB Mobile, MongoDB Stitch, and AWS services could be used to build a cloud-controlled Mars rover – read the overview post for the setup. This post focuses on how Stitch Mobile Sync synchronizes the user commands written to MongoDB Atlas by the Mission Control app with the MongoDB Mobile database embedded in the rover (and how it syncs the data back to Atlas when it's updated in MongoDB Mobile). 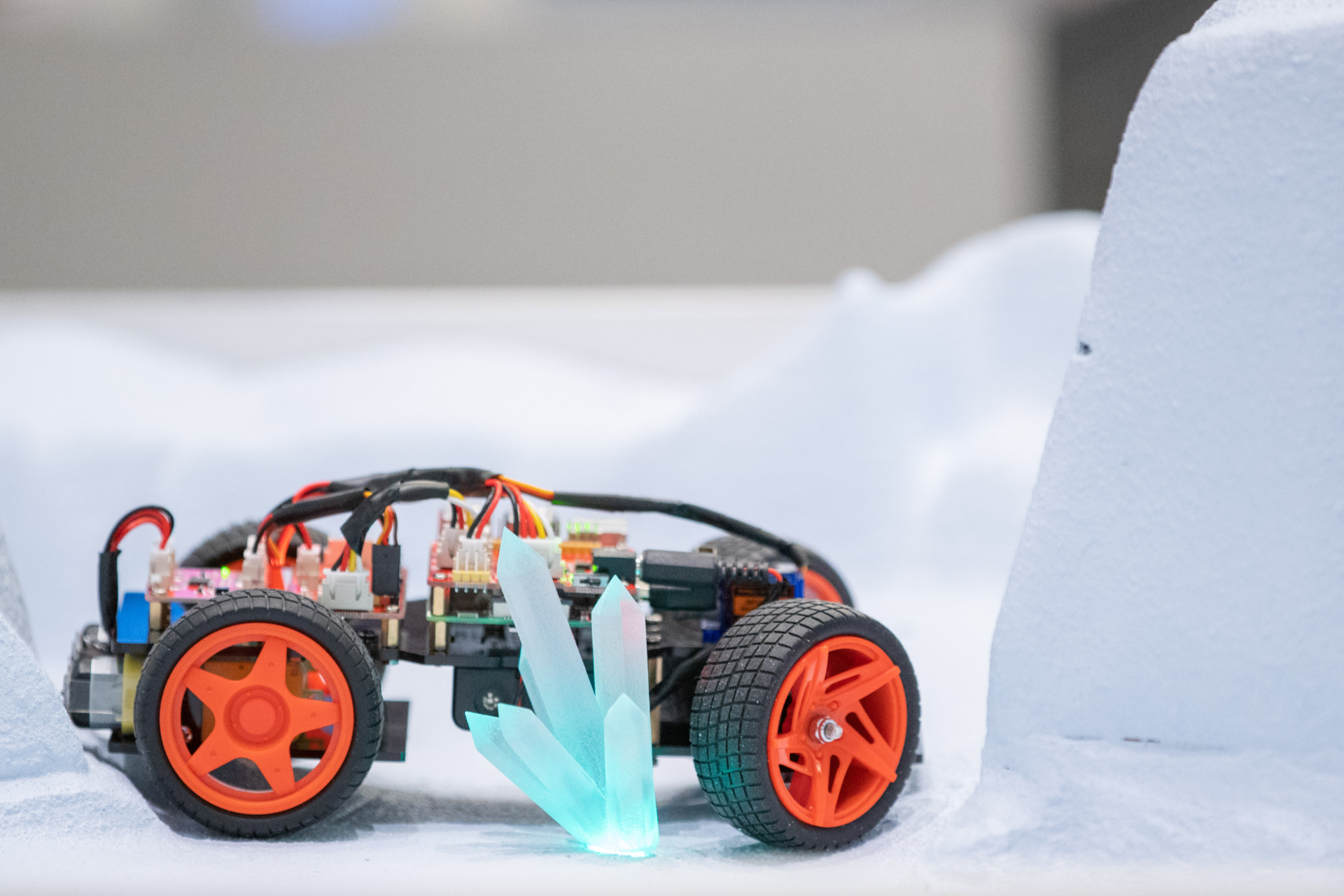 Many people who took part in the demo at re:Invent asked why Mission Control wrote the commands to Atlas rather than sending them directly to the rover. The reason is that you can't guarantee that the rover will always have network access (and when thousands descended on the expo hall for the Monday evening social, we learned that maintaining a connection over conference WiFi can be just as tricky as maintaining one to Mars). The commands are stored in Atlas and then synchronized to the rover whenever it's online. 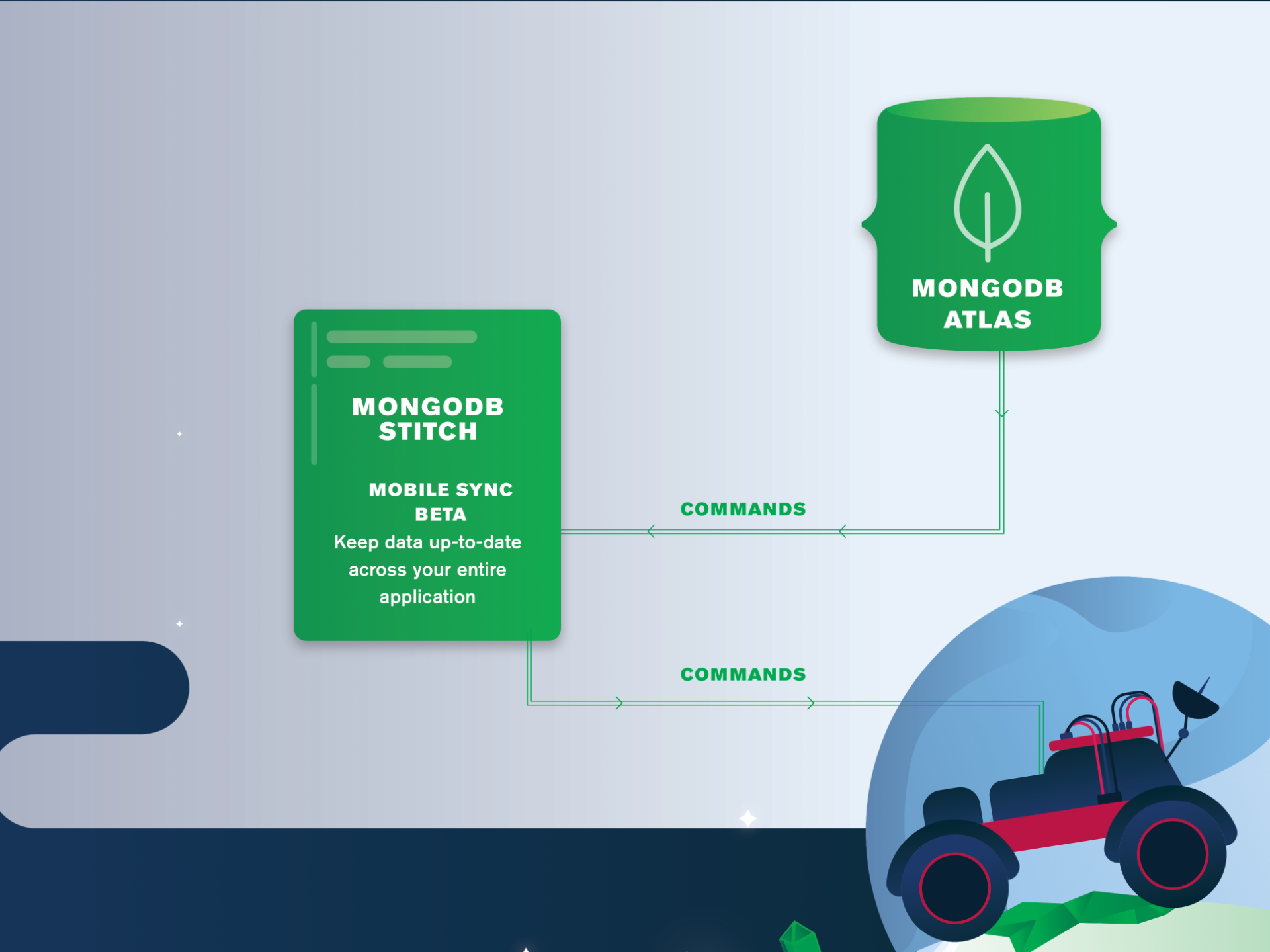 Each rover has a single document in the rover.rovers collection, and each command is stored as an element in the moves array:

You may have noticed that the same document is being updated in both Atlas and MongoDB Mobile, raising the possibility of conflicts. A conflict occurs when the document is updated in one database and then again in the second before the first change has been synced. Sketchy network connectivity increases that window and makes conflicts more likely. Fortunately, Stitch Mobile Sync allows the client application to register a conflict handler function. The function is passed both versions of the document and can decide what the 'winning' document should look like. The conflict handling could be as simple as "local wins", but in this case, we take the remote document (which contains at least one command not yet added to the local database) and remove any commands that have already been acted on:

The next post in this series looks at how Stitch Functions can be used to provide an aggregated view of the rover's sensor data.

If you can't wait then you can find all of the code in the Stitch Rover GitHub repo.

The Top 12 BSON Data Types you won't find in JSON

People call MongoDB a JSON database but MongoDB actually uses BSON, a binary version of JSON. One of the big things with BSON is that it has so many more data types than JSON which means you can query things with a lot more precisions. How many data types? Let's run down this list of data types you won't find in JSON….