We look for these core values in all our employees, and how we operate as a whole.

We are big dreamers with a passion for creativity. We eagerly pursue new opportunities and markets through innovation and disruption. We have a pioneering spirit - always ready to forge new paths and take smart risks.

We are relentless in our pursuit of meaningful impact. We think strategically and are clear on what we are and are not trying to do. We accomplish an amazing amount of important work, and we are obsessed with follow through.

We achieve amazing things by connecting and leveraging the diversity of skills, experiences and backgrounds of our entire organization. We discuss things thoroughly, but prioritize commitment over consensus. We are good listeners and always communicate with clarity and respect. We create and support a positive, inclusive, and accepting environment.

Embrace the Power of Difference

We commit to creating a culture of inclusion by seeking and valuing employees from different backgrounds and circumstances. We learn from and respect each other’s differences. We firmly believe that a diverse workforce is the best way to broaden our perspectives, foster innovation, and enable a sustainable competitive advantage

We embrace reality. We apply high-quality thinking and rigor. We have courage in our convictions but work hard to ensure biases or personal beliefs do not get in the way of finding the best solution.

Own What You Do

We all play a part in making MongoDB a great place to work. We demand excellence from ourselves, taking ownership and accountability for everything that we do. We empower others around us, just as we are empowered to make change and progress happen.

Headquartered in New York, with offices across North America, Europe, and Asia-Pacific, and a workforce that is now mostly remote, we are close to where you do business. MongoDB has more than 26,800 customers in more than 100 countries. The MongoDB database platform has been downloaded over 175 million times and there have been more than 1.5 million MongoDB University registrations.

MongoDB has been downloaded over 175+ million times

We have employees in over 100 countries and growing.

We have 2,745+ people contributing to our success.

MongoDB was founded in 2007 by Dwight Merriman, Eliot Horowitz and Kevin Ryan – the team behind DoubleClick.

At the Internet advertising company DoubleClick (now owned by Google), the team developed and used many custom data stores to work around the shortcomings of existing databases. The business served 400,000 ads per second, but often struggled with both scalability and agility. Frustrated, the team was inspired to create a database that tackled the challenges it faced at DoubleClick.

This was when MongoDB was born. 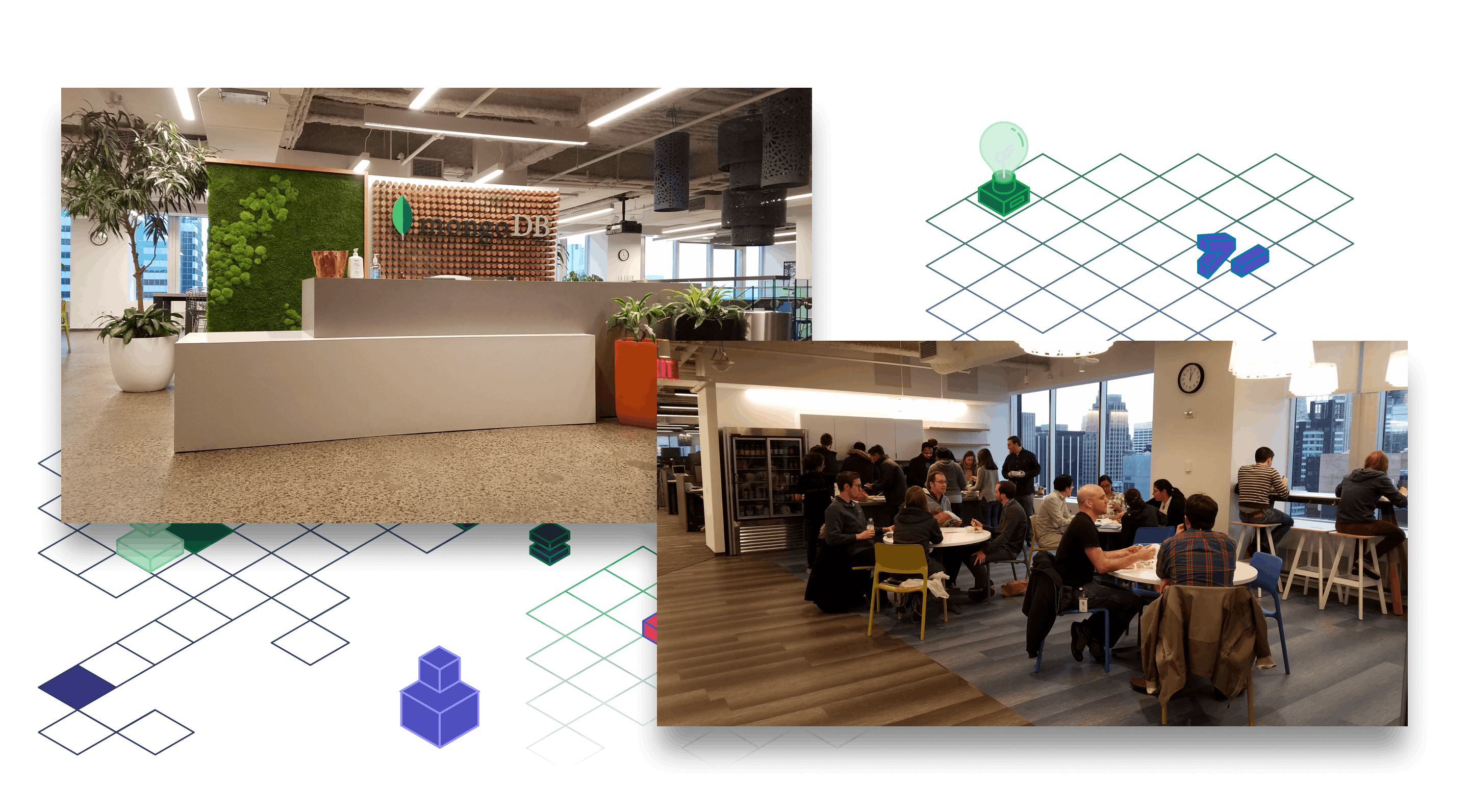 How we support our community

Our goal is to improve access to computing much earlier in students’ academic careers. The absence of computer science in classrooms before college directly contributes to the gender and racial disparity we see across the tech industry. MongoDB has partnered with CSNYC to build a suite of materials for comp-sci teacher training.

We are proud to partner with Bright Funds, a philanthropic program that allows employees to donate to over 1 million charities right from their paycheck. 100% of the contribution goes directly to the cause of the employee’s choosing.

Come work with us

Help us build easier ways to work with data, unlocking the potential of every idea.