Using Azure, we will want to first create the networks that we will be provisioning, as well as configure the traffic between them in a way that keeps our database deployments secure. Conceptually, we will be configuring our deployment to reflect the diagram below. 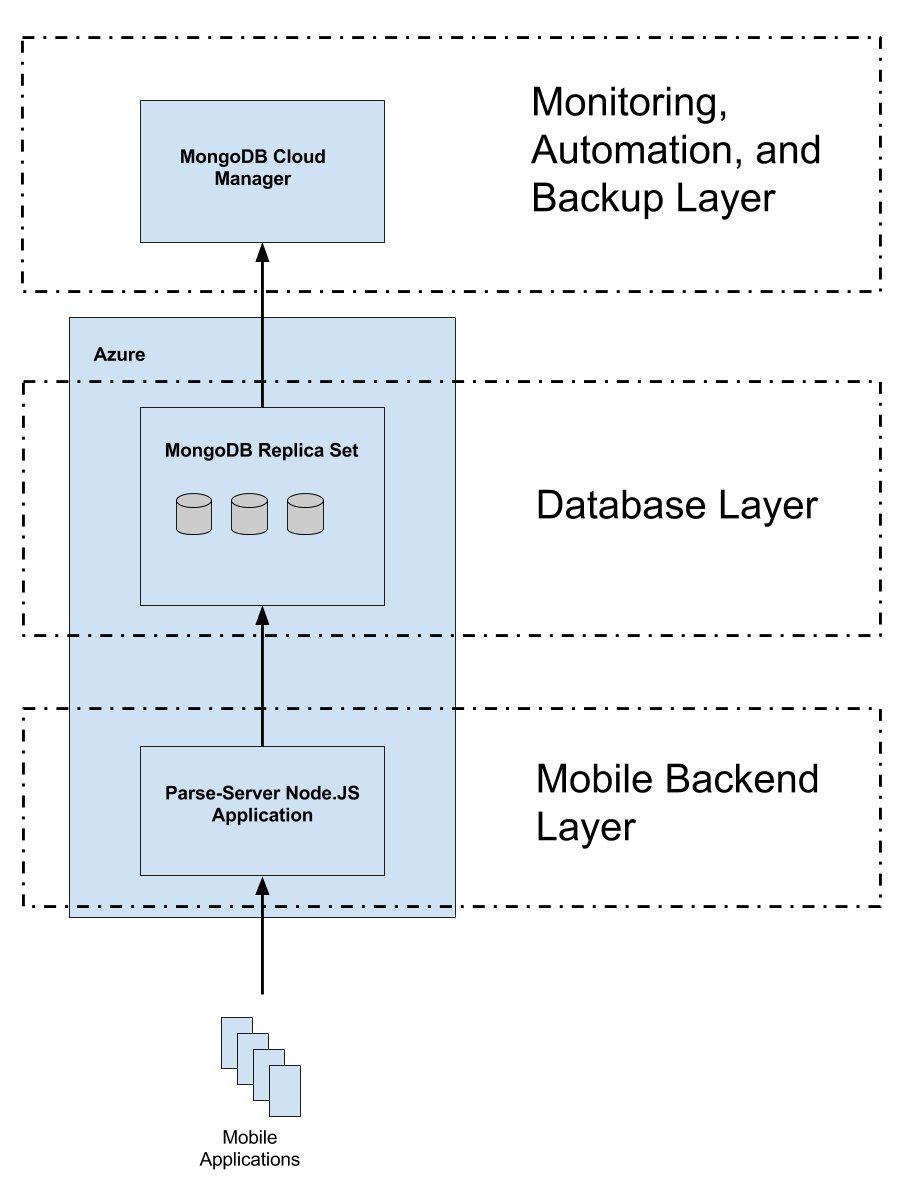 The specifications we recommend for running MongoDB on Azure will exceed the core quota restrictions imposed by Microsoft on their Azure free trial subscription. To provision machines suitable for migrating Parse to a performant system, consider purchasing a paid Azure subscription.

During this stage, you will provision Microsoft Azure instances to run your database processes. To help you best size your deployment, we have created a sizing chart. To use the worksheet, first get your Data Storage, and Data Transfer Rate per month from the Parse dashboard.

Choose the cell in the sizing chart that matches your usage profile. Note this down, as we will use it later in the instructions to determine which machine to provision. All sizes in this chart correspond to the size of the premium storage disk to be attached to your VM. 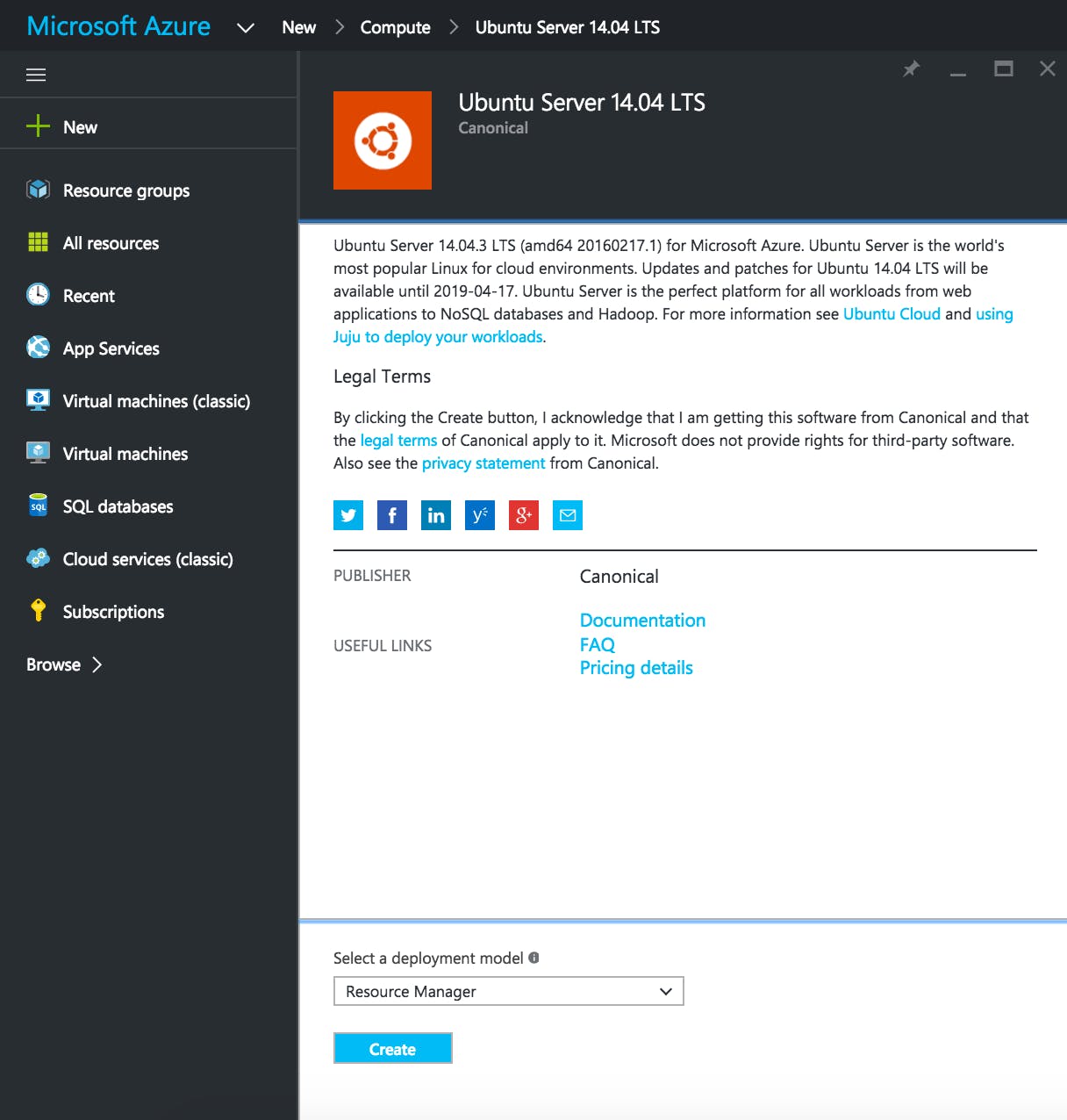 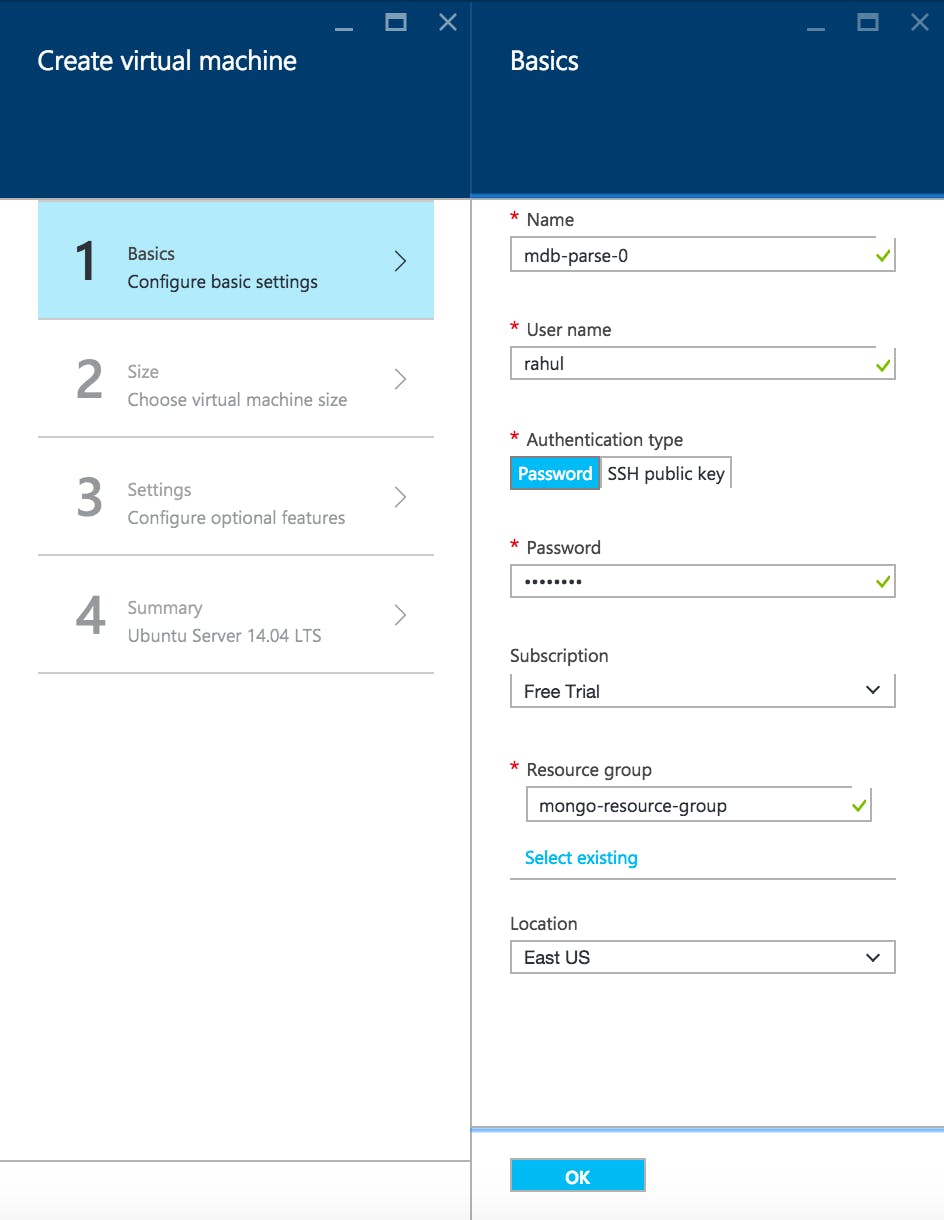 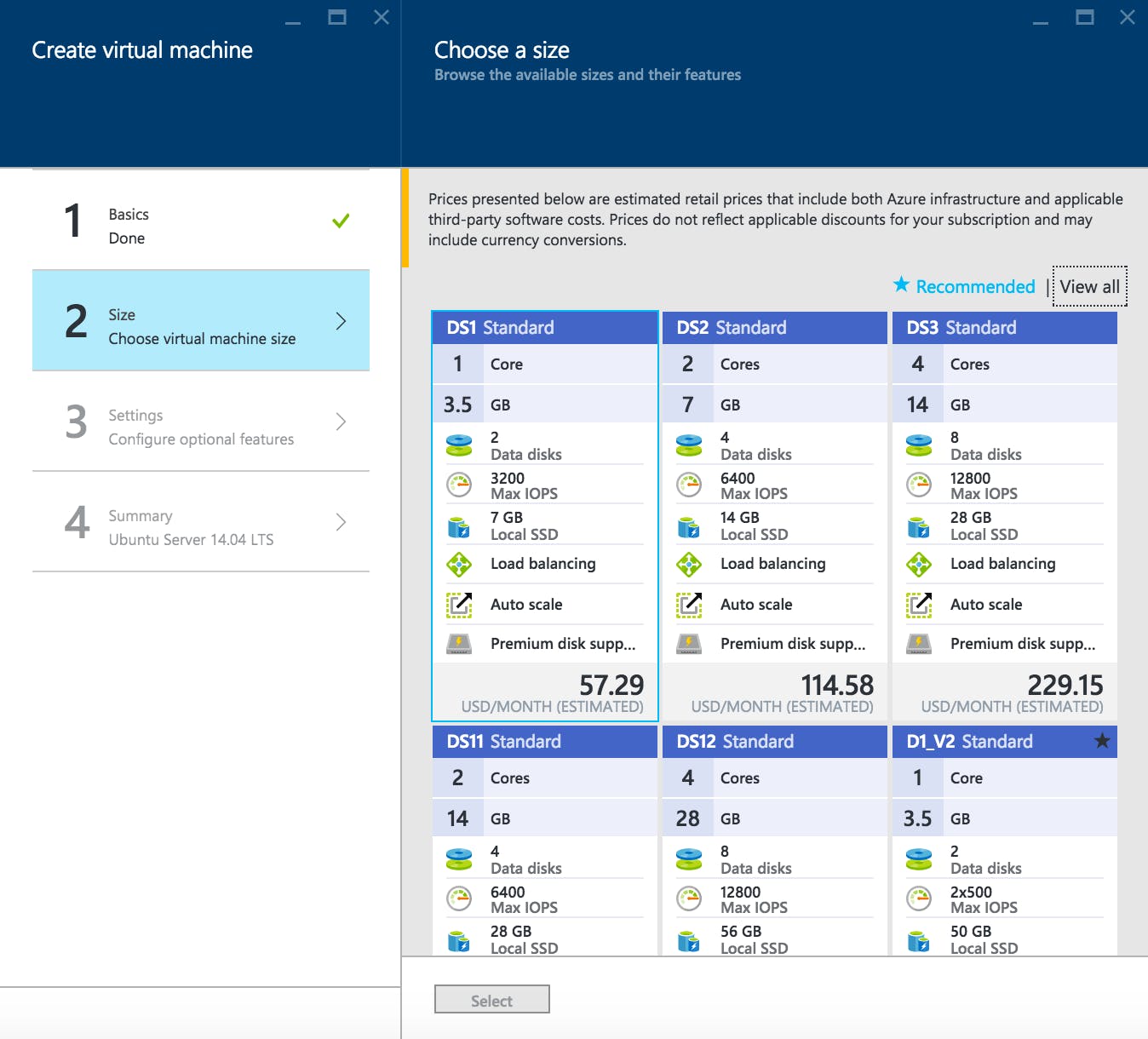 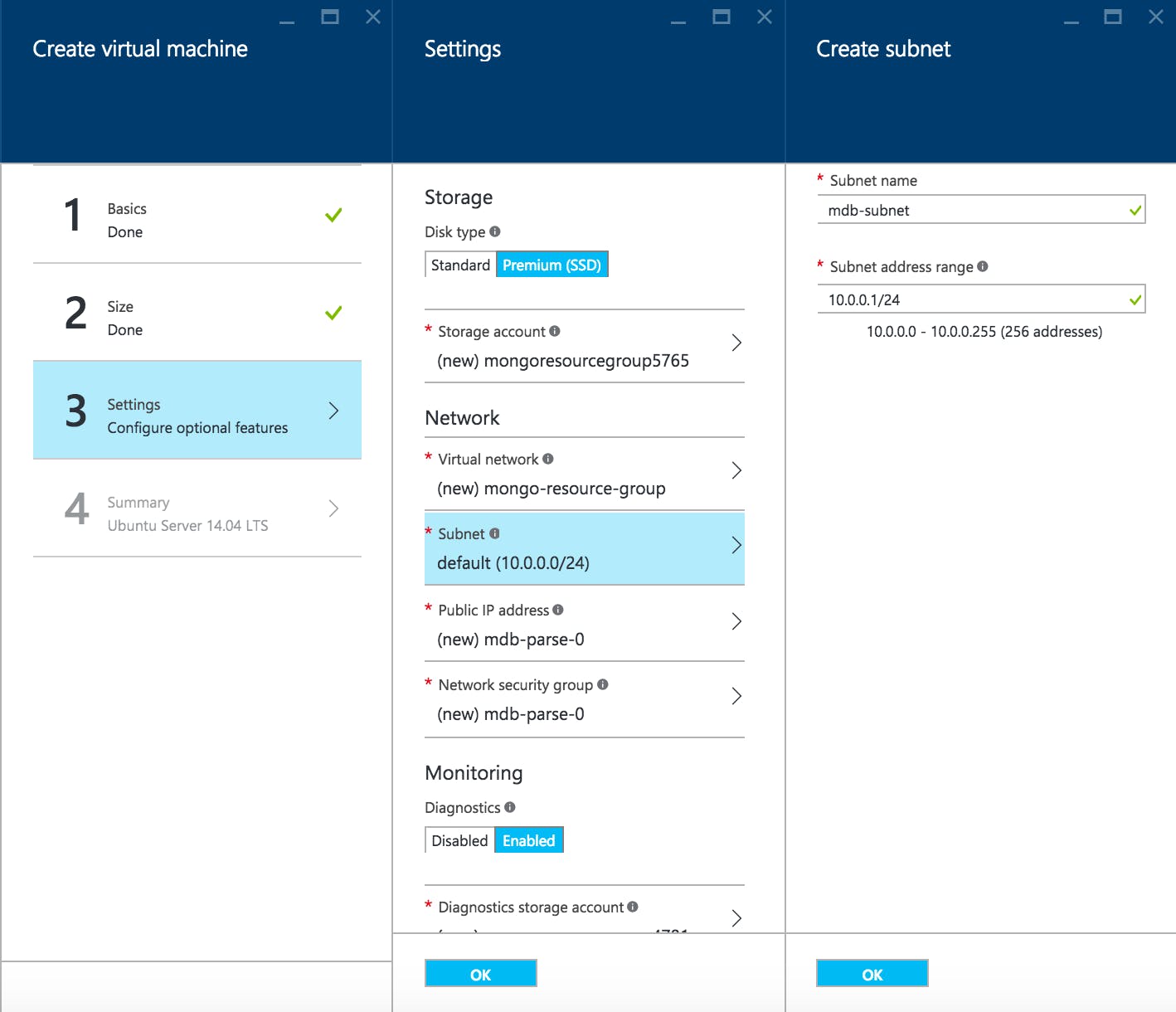 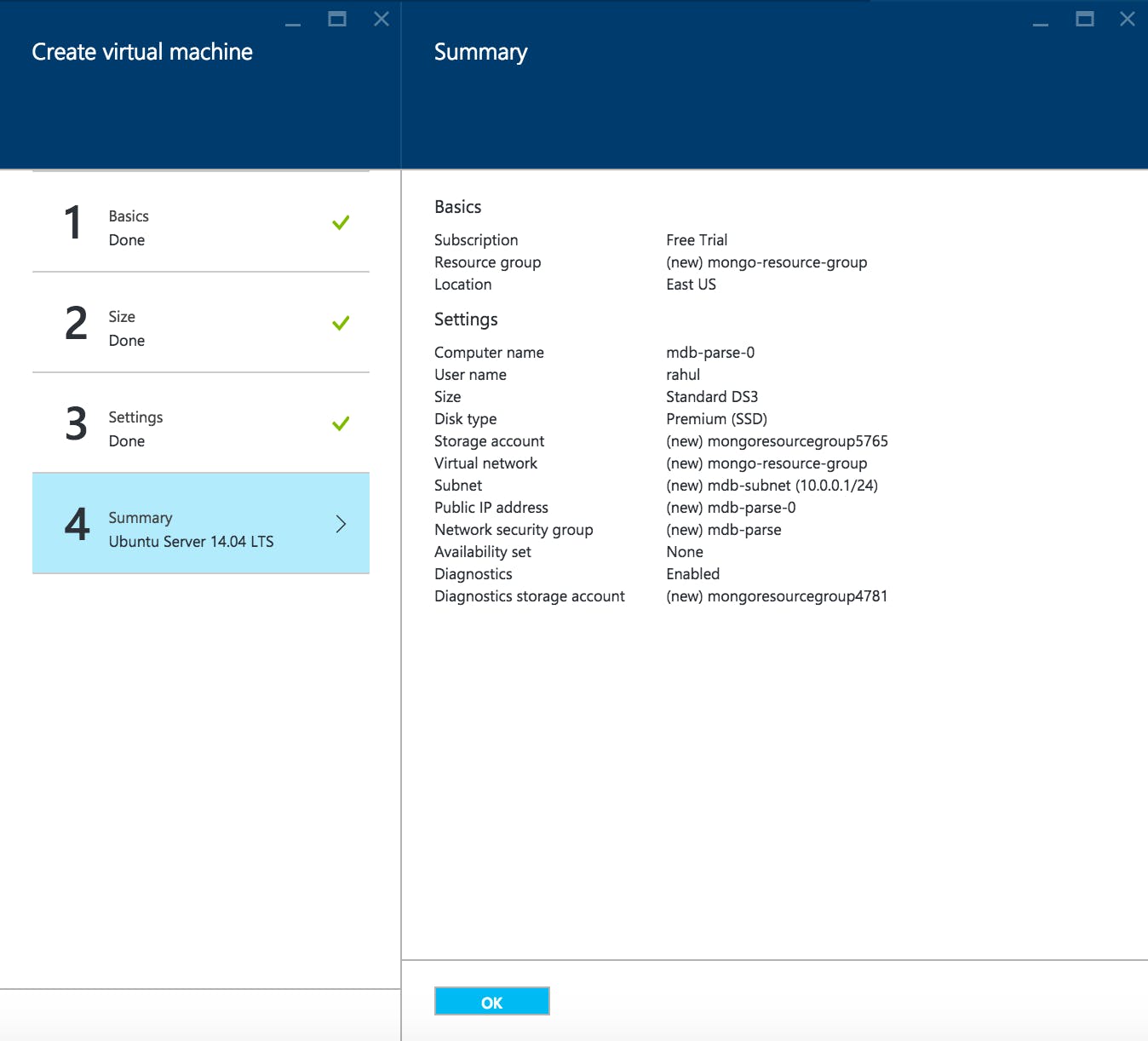 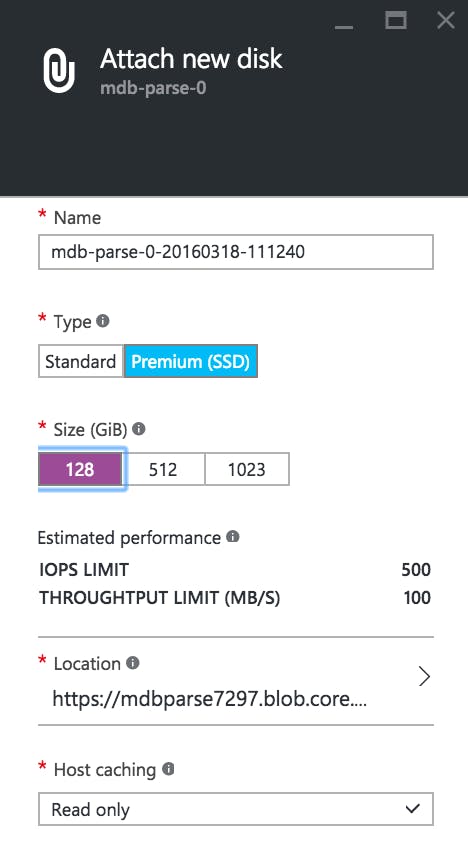 8. ssh into your newly provisioned Azure instance using the username and password provided during creation. 9. Initialize the disk on your VM 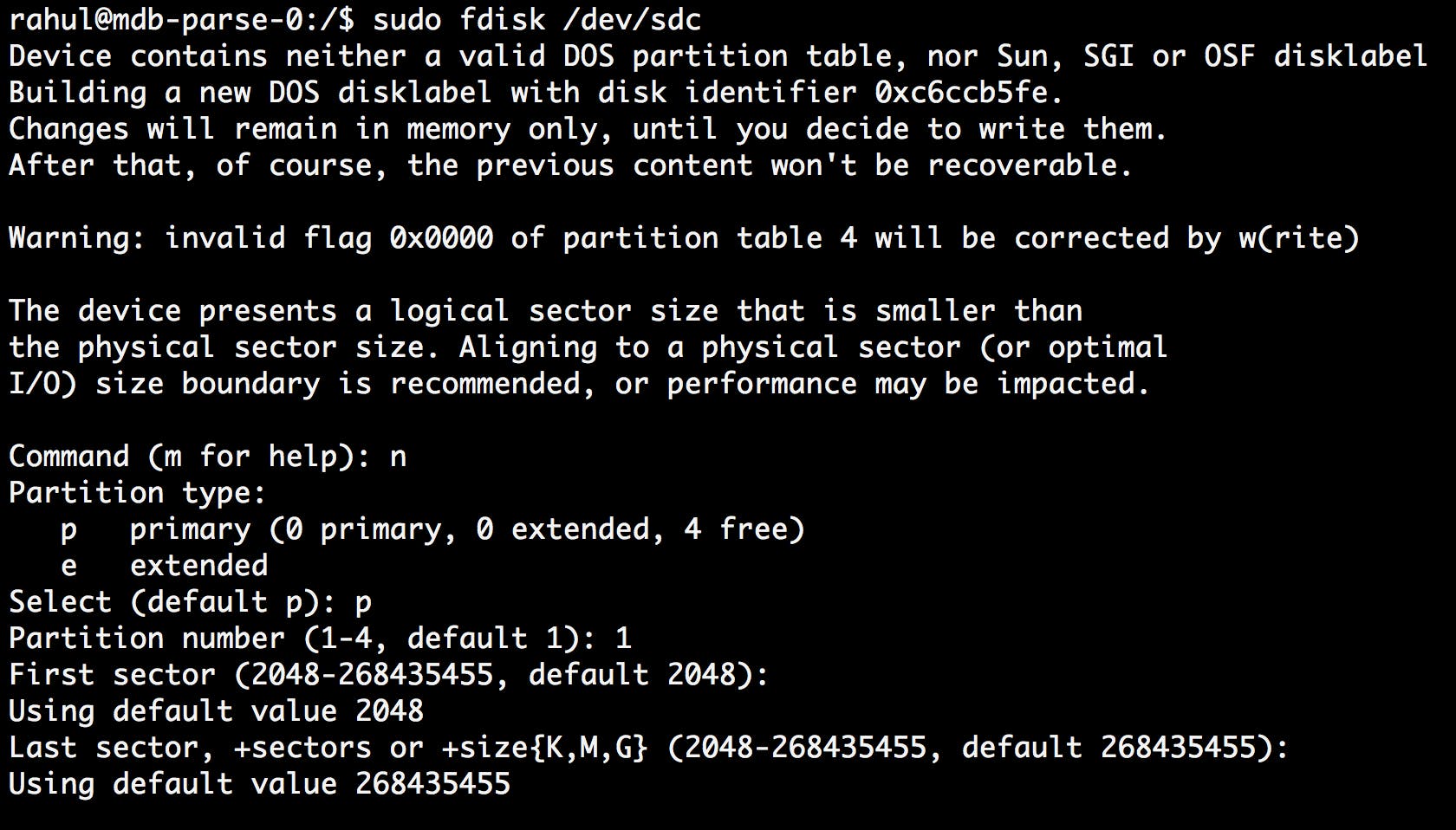 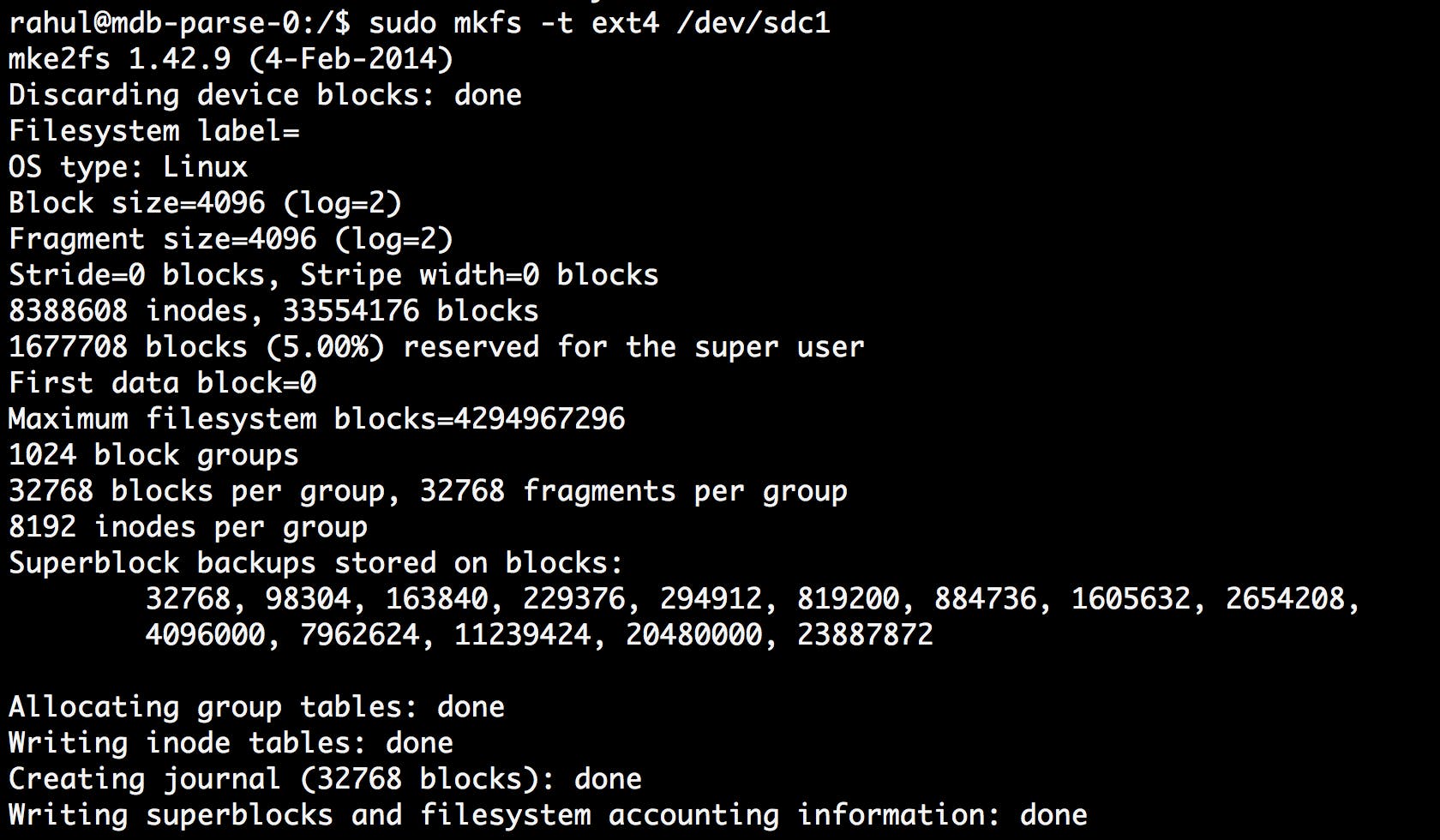 11. Create the data directory and mount the premium storage disk there.

For development purposes, you can configure a local certificate authority and generate your own certificates with openssl for the hosts provisioned by Cloud Manager.

Self-signed certificates, however, are still vulnerable to man-in-the-middle attacks and secure deployments should use an SSL/TLS certificate from a trusted Certificate Authority. 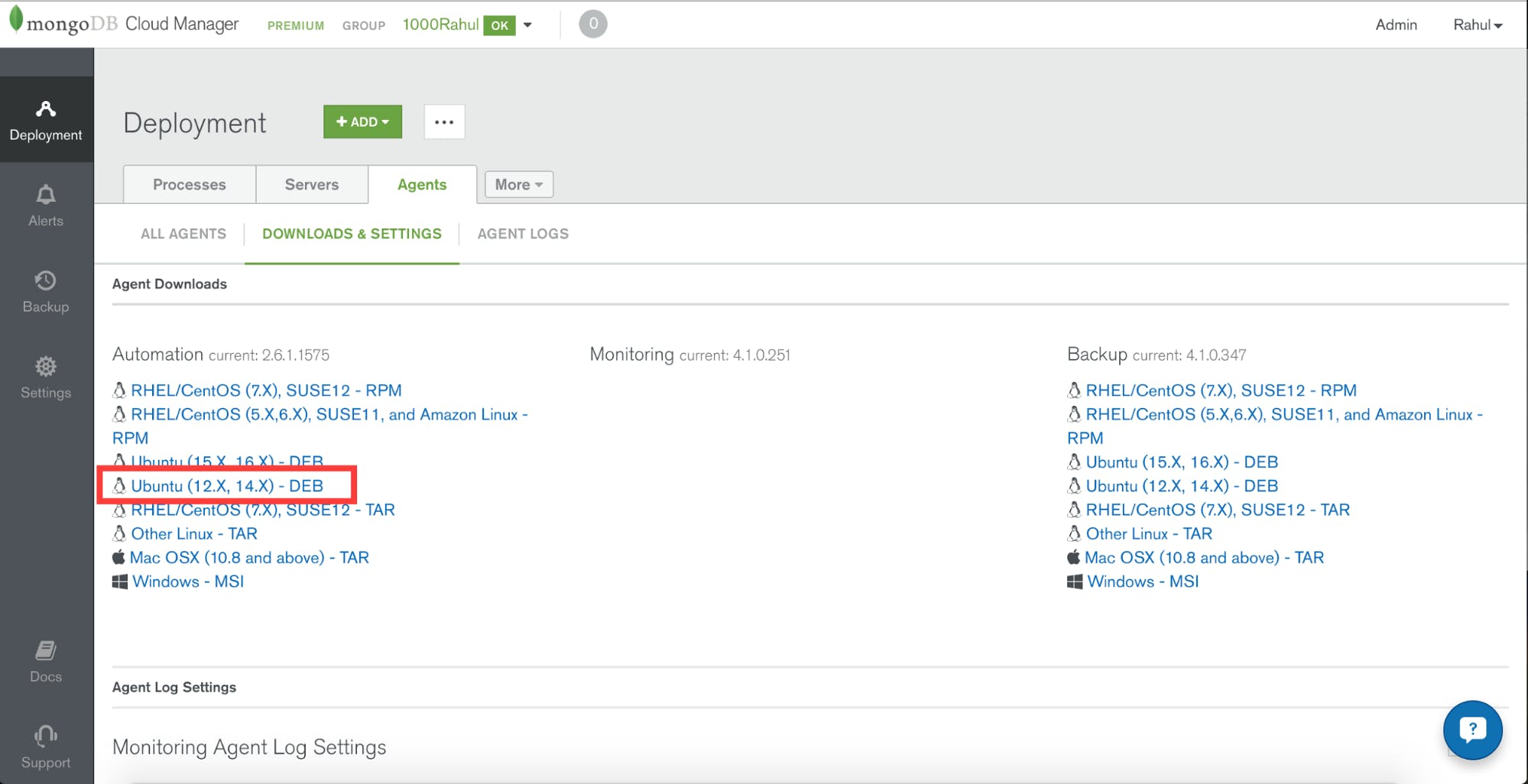 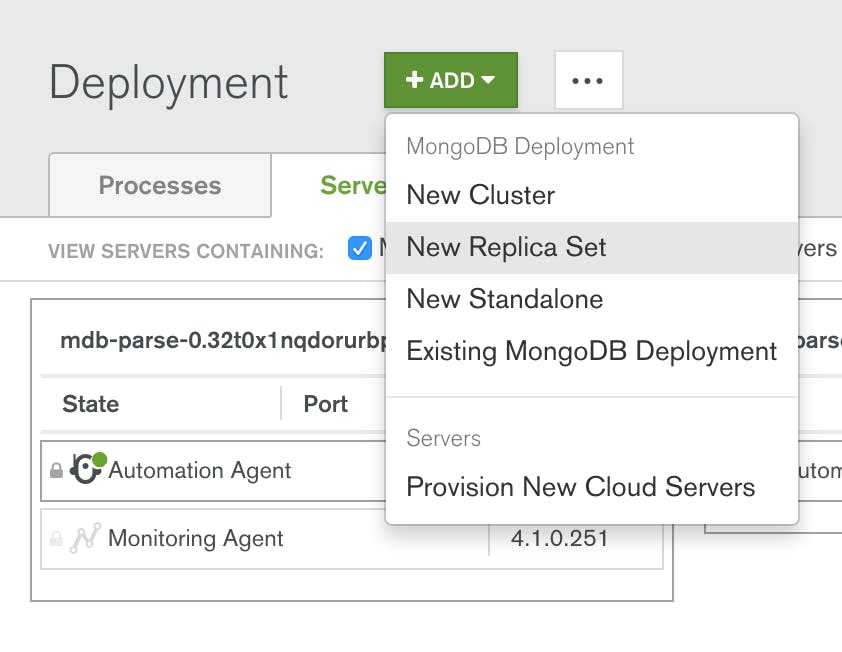 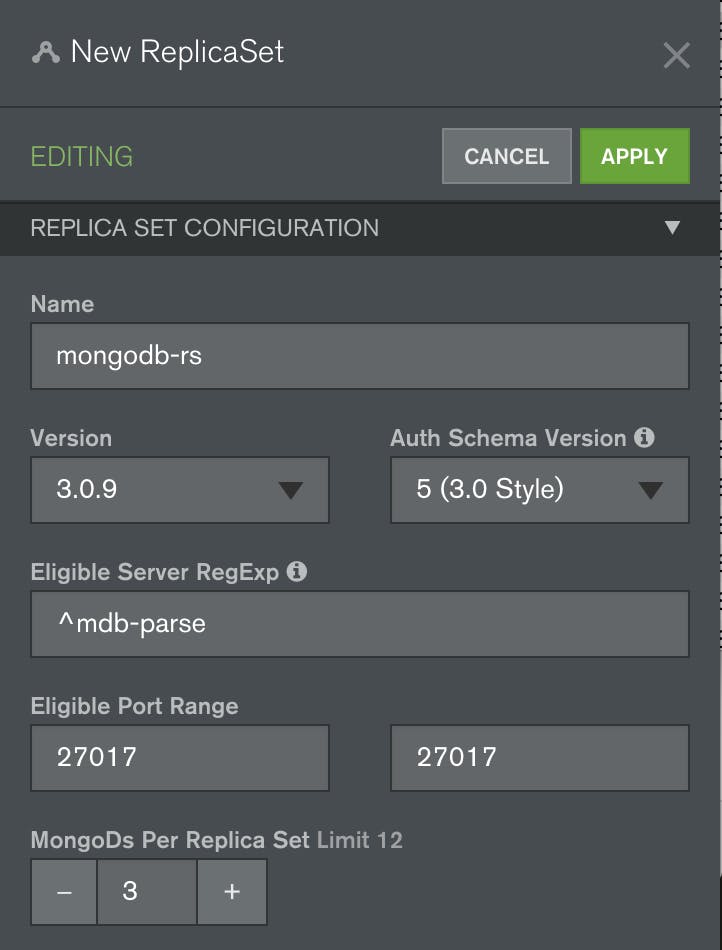 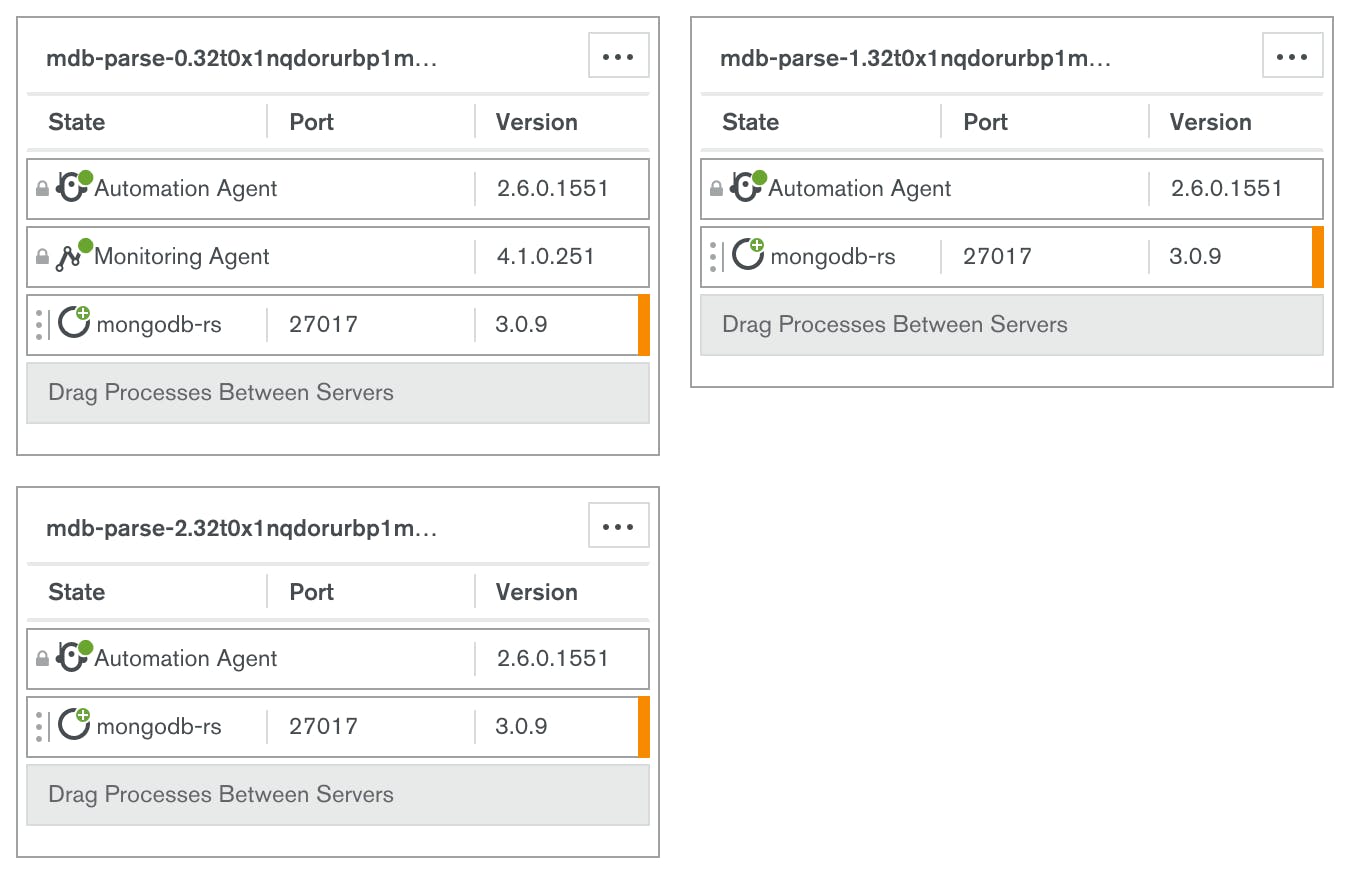 More detailed information on the connection string format can be found in the MongoDB documentation. 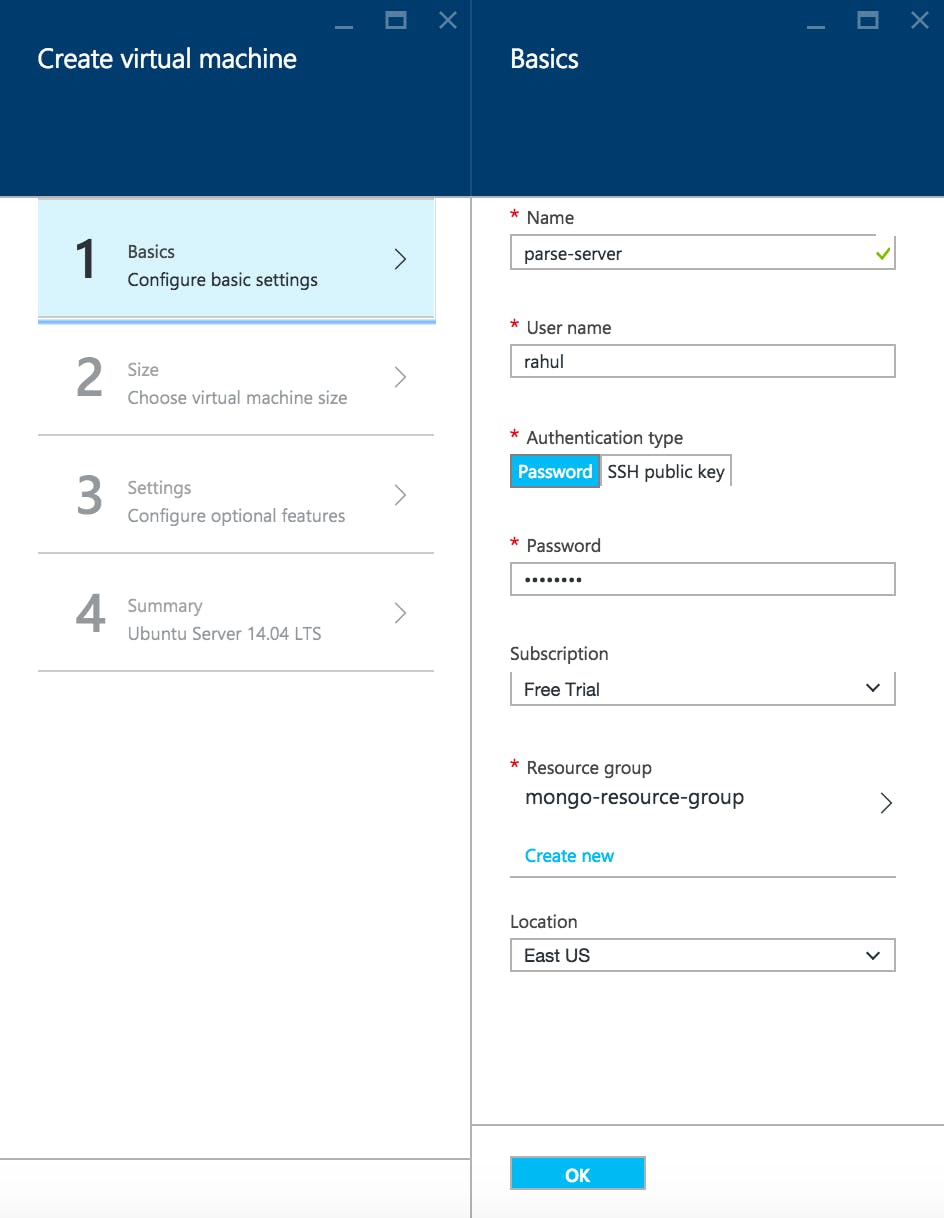 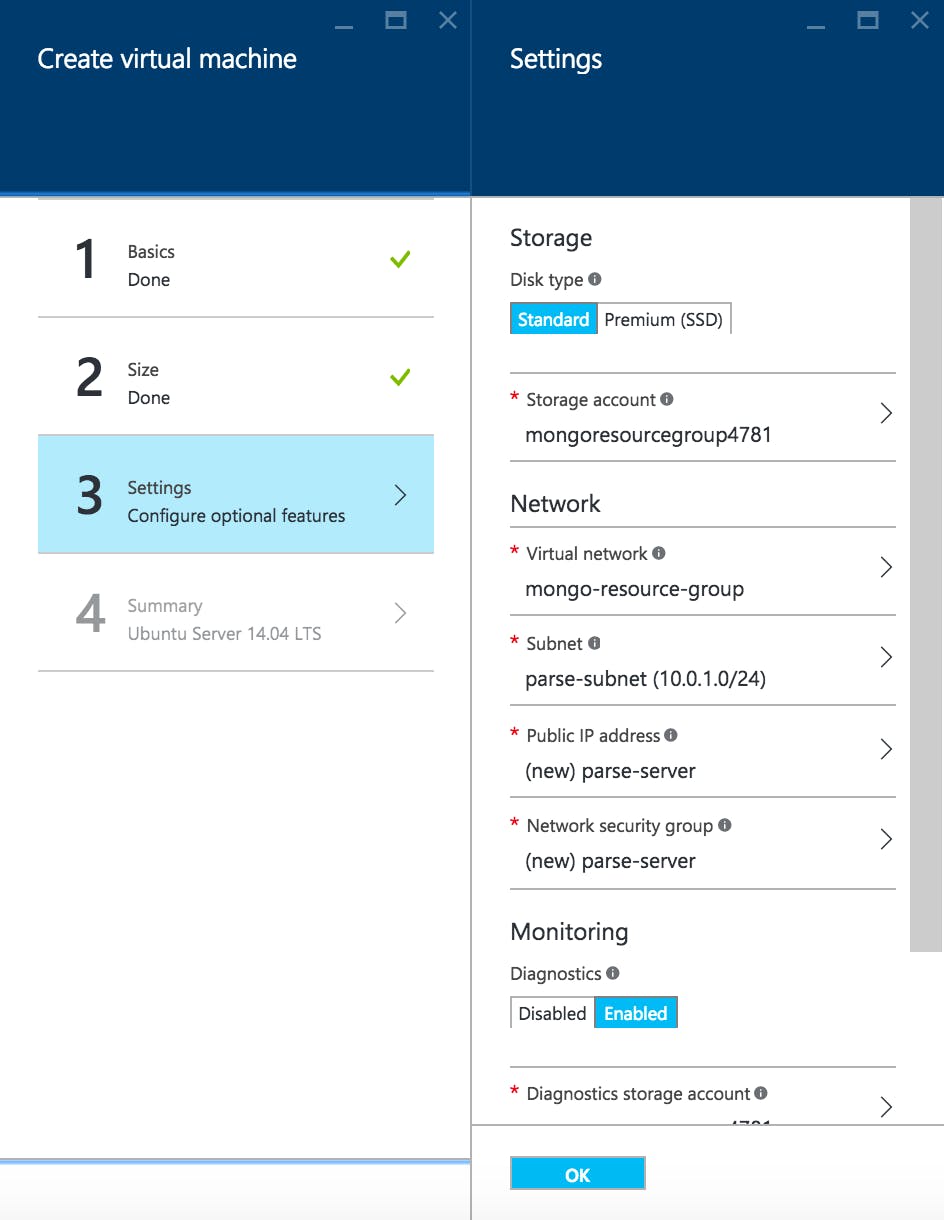 Please use your standard application tests to ensure all functionality works on your new, open source Parse infrastructure. The open source parse-server package does not cover the complete feature set offered by Parse, and your application may not function exactly the same as before. The Parse migration guide has more details on the differences between Parse and parse-server in "Section 8 - Compatibility Issues". We urge users to read these sections carefully and test their apps thoroughly before moving forward with a full migration. If you are interested in getting help with this process, or learning more about your options for running your own MongoDB deployment, our professional services team is here to speak with you.