“Redefine the playing field, innovate around the rules, and don’t stop even before the highest obstacles”. This is one of the many definitions of a game changer, and it also fits perfectly for Sogei. Formally named Società Generale d'Informatica, today Sogei is an in-house company of the Italian Ministry of Economy and Finances, acting as the spearhead of public-sector digital transformation in Italy.

In the last few years, Sogei has widened its area of engagement, becoming a technological partner for the Italian public sector as a whole.

“We deliver end-to-end services to our customers and will continue to do so in the future,” said Marco Oppedisano, Head of business line Education, Interior, Health & Environment at Sogei. “But we have also positioned ourselves as a strategic national service together with CDP (the Italian Development Finance Institution), Leonardo, and TIM to extend our offering beyond our direct customers.” Oppedisano and his colleagues are turning Sogei into a true innovation factory, using new technologies to develop apps and services which are used by tens of millions of citizens. 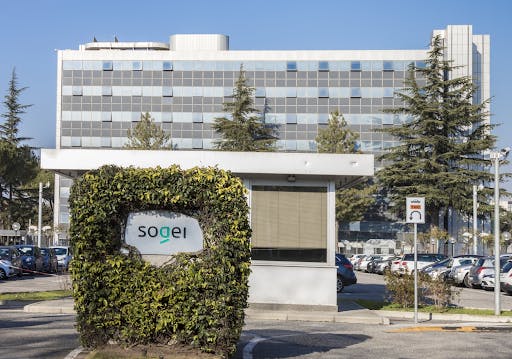 The EU Digital COVID Certificate (DCC) was introduced by the European Commission in May 2021 to help citizens move freely and safely within the EU during the COVID-19 pandemic.

Italy was one of the first countries to take part, building the platform and the app that are known today as the “Green Pass”.

Green Pass is a digital or paper certificate showing that the holder has been vaccinated, tested negative or recovered from COVID-19 and is required by all workers as well as for cultural and sporting events, long-distance travel, nightlife and indoor dining in restaurants in Italy.

Sogei played a key part in this strategic project, thanks to its cross-disciplinary work with the Ministries of Health and Innovation as well as, of course, the Ministry of Economy and Finances, together with previous involvement in the development of the official Italian contact tracing app, Immuni.

“The EU pushed for Sogei to be involved,” Oppedisano continues. “Since they had previous experience with the competence and rapid reaction of our organisation during the development and launch of Immuni, as well as our ability to integrate across different environments and skillsets.” 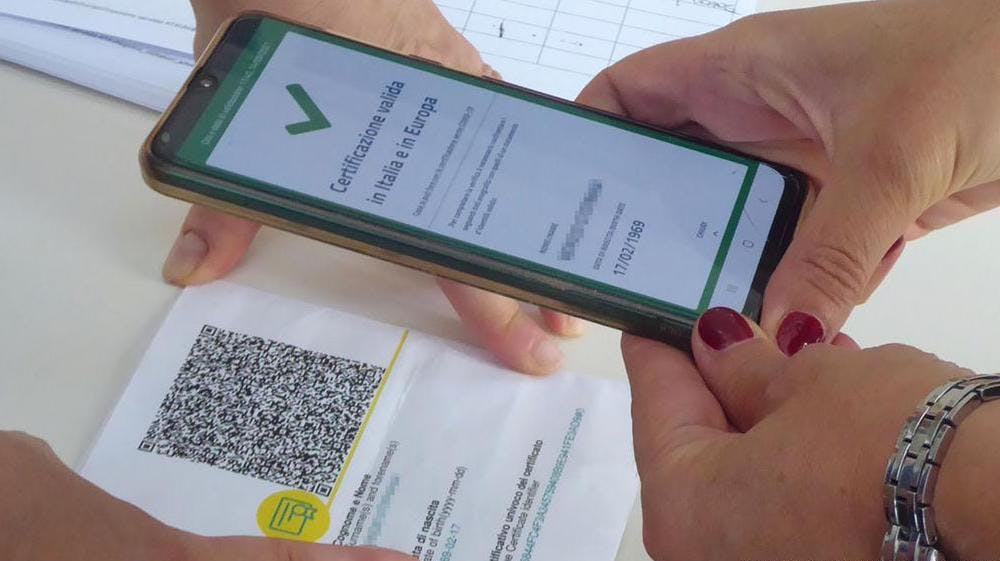 The Green Pass was introduced by the European Commission in May 2021 to help citizens move freely and safely within the EU during the COVID-19 pandemic.

MongoDB is an accelerator of innovation

At the start of the Green Pass project, MongoDB was already an established technology partner for Sogei with Enterprise Advanced. The existing results of the partnerships are much appreciated by Oppedisano: “We had already worked with [MongoDB] technology for several years, using it successfully for instance in a Ministry of Justice project for a platform based on machine learning algorithms that led to a 200% improvement in the resolution of late cases.”

Impressed by the flexibility and performance of the developer data platform (Atlas) technology, Oppedisano and his team took advantage of the document model’s capacity for scale in many other situations including the integrated teaching environment for the Ministry of Education, the national parks portal for the Ministry of the Environment, and of course Immuni, the contact-tracing app.

“When we started looking at the requirements for the Green Pass project, we knew we had only a few days to create a solution that would have to manage enormous amounts of data and equally enormous numbers of users,” Oppedisano tells us. “The scale was one more aspect that led us towards MongoDB, since the technology had already proven its flexibility and scalability. Starting at the beginning of May, a plethora of services were developed on the national Green Pass platform (with huge numbers of input and output documents). We were ready by the middle of June, in just 45 days, for the impact of a massive batch generation of already-requested certificates, as well as subsequent waves of demand following changes to the requirements for the use of the certificates by citizens.” Thanks to MongoDB application data model’s flexibility and developer productivity, we were able to implement these changes quickly in line with legal requirements.

“The scale was one more aspect that led us towards MongoDB, since the technology had already proven its flexibility and scalability.”

From mid-June to the beginning of February, according to data on the publicly-visible government analytics web site, nearly 240 million certificates have been downloaded (roughly a million per day), and over 20 million people use the apps developed by Sogei (IO and Immuni, among others). These are numbers with the potential to make any service provider nervous, but here they show the solidity of the developer data platform (Atlas), as well as the efficiency of Sogei’s organisation, a true showcase of digital transformation and public services in Italy. 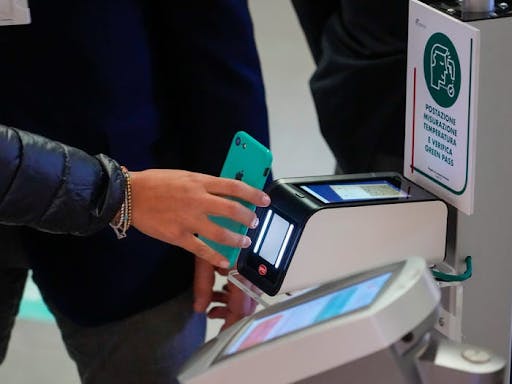 Even though the Green Pass project was developed in a short timeframe, it has already reached some important milestones. In August, the certificate was made mandatory for regional and long-distance travel in Italy, as well as for schools. In October, the requirement was extended to the workplace for public and private organisations.

The Green Pass case is not just a story of efficiency in the adoption of digital technology, but also of a multi-channel offering that was not at all easy to design for, or something that could be taken for granted.

“There were three major requirements to address in this project,” explains Oppedisano. “Secure generation of the certificates, access to those certificates by citizens wishing to download them, and last but definitely not least, the verification by authorities, but also by shopkeepers or hospitality professionals. For the citizen-facing aspects, Sogei designed a multi-channel user experience, offering various alternatives. For instance there is the Immuni contact-tracing app, the IO app that already delivers access to all sorts of local and central government services, the dedicated web portal, and also the use of notifications and SMS.”

This approach has made citizens’ lives easier at a time when they were already under significant stress – regulations are frequently evolving in Italy and which often means changing the data model. As well as that, a huge number of records need to be managed. MongoDB’s simple, flexible, and scalable developer data platform (Atlas) made a significant contribution to the delivery of this objective. “We are happy to have met MongoDB even beyond the purely technological aspects,” Oppedisano continues. “Compared to other technology vendors, this company has a distinctive character when it comes to personal attention; they pay a lot more attention to organizations like ours that develop public goods.”

MongoDB is key to Sogei’s roadmap

A developer data platform (Atlas) is destined to be used more and more within the Italian public sector. Sogei uses MongoDB for many other projects, beyond the Green Pass and the already-mentioned Ministry of Justice project. The roadmap includes new projects for handling unstructured data such as video streams from CCTV and drones, as well as PDFs such as CVs. Other examples include real-time analytics, transactional systems with heterogeneous data, and many others. The flexibility of MongoDB is key to its support of Sogei’s mission to improve citizens’ lives every day. “MongoDB is now a core part of the technical toolkit for me and for the team of people who work with me,” concludes Mr Oppedisano. “Sogei and MongoDB have in common a great desire to innovate – a desire which has brought Sogei to be part of an Italian public sector that is rapid, simple and efficient.”

“Compared to other technology vendors, MongoDB has a distinctive character when it comes to personal attention; they pay a lot more attention to organizations like ours that develop public goods.”