There is a saying that you can’t improve what you don’t measure and in Industry 4.0, everything is measured. Across industry verticals, machinery and industrial assets are increasingly equipped with sensors that track how they are performing. So far so good, except this potentially highly valuable data is often badly underutilized; for many businesses, processing it can simply be too time-consuming or expensive – often both.

Norwegian start-up Digitread Connect has a simple objective: to turn asset data into value for customers that range from ship maintenance operators to aquaculture specialists. As an industrial IoT-as-a-service provider, Digitread Connect handles the digital journey of data from the sensors connected to assets, through the analysis process and on to client end-users such as engineers, service technicians, surveyors, and farmers. Businesses then use the resulting information and insights to make their operations greener, safer, and more efficient.

Optimization based on need

From its outset, Digitread Connect realized that collecting data and converting it effectively into a useful deliverable would require a combination of platforms. While industrial IoT depends on the internet to function, the initial handling of the data requires processing power closer to the assets themselves. Digitread Connect needed a solution that would enable it to extract data from microcontrollers or programmable logic controllers, and then analyze it and upload the necessary elements to the cloud.

To ensure that its customers had access to effective, working applications, Digitread Connect needed its own IoT platform that would work both at the edge and on the application side, enabling it to optimize asset performance based on customer needs.

Digitread Connect also needed a means to enable this process in the most user-friendly way possible. “We are in an era of consumerization. Enterprise software should be as easy to use as the apps we use as private consumers,” explains Christoffer Lange, CEO at Digitread Connect. “We have experienced that existing IoT platforms can over-complicate how users can create value for their data.” 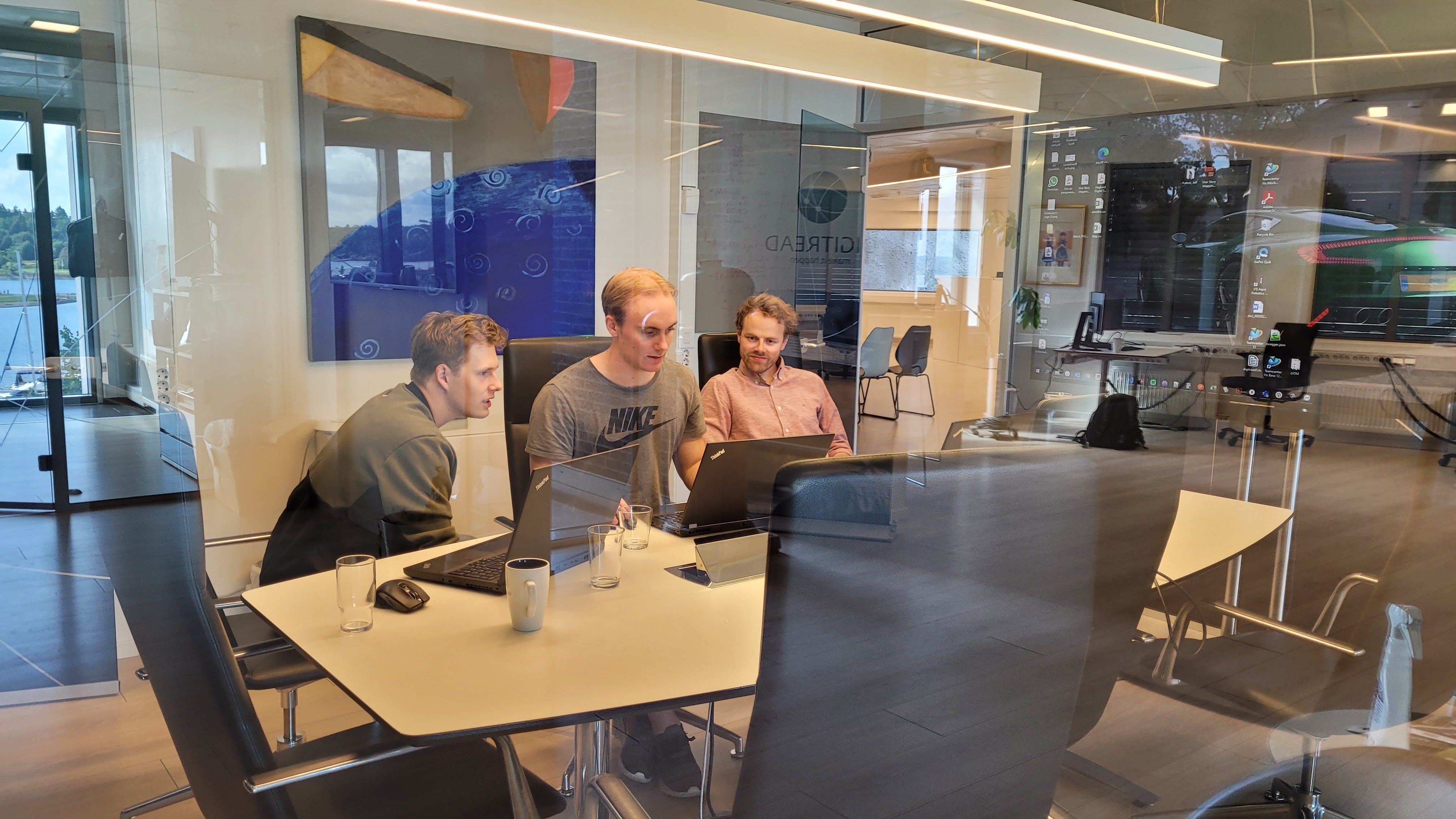 “Using MongoDB really showed us that we don't have to worry about all the nitty-gritty details of how to treat the database.”

Time series data is typically derived from a series of repeated measurements. In industrial mechanized or robotic industrial environments, it is often used to track equipment activity and performance. Given the vast quantities of time series data typically produced by industrial IoT sensors, Digitread Connect’s solution needed to be based around a highly scalable database. Having researched other possible options, Lange opted for MongoDB.

“Using MongoDB Atlas really showed us that we don't have to worry about all the nitty-gritty details of how to treat the database,” says Lange. “That’s already done by the MongoDB engineers, which makes it really easy for us.”

Using Time Series Collections in MongoDB Atlas running on Google Cloud, all time series data is captured at the edge, and then analyzed and filtered so only the data needed for any given application is uploaded for use in the relevant application. Digitread Connect then uses a no-code platform from Appfarm, which also uses MongoDB, to build and manage the end-user applications.

“We were amazed by the simplicity and the performance,” says Lange. “Time-series data is our bread and butter, and MongoDB made it simple for us to handle this. We got the solution live for our customers in a very short time.” 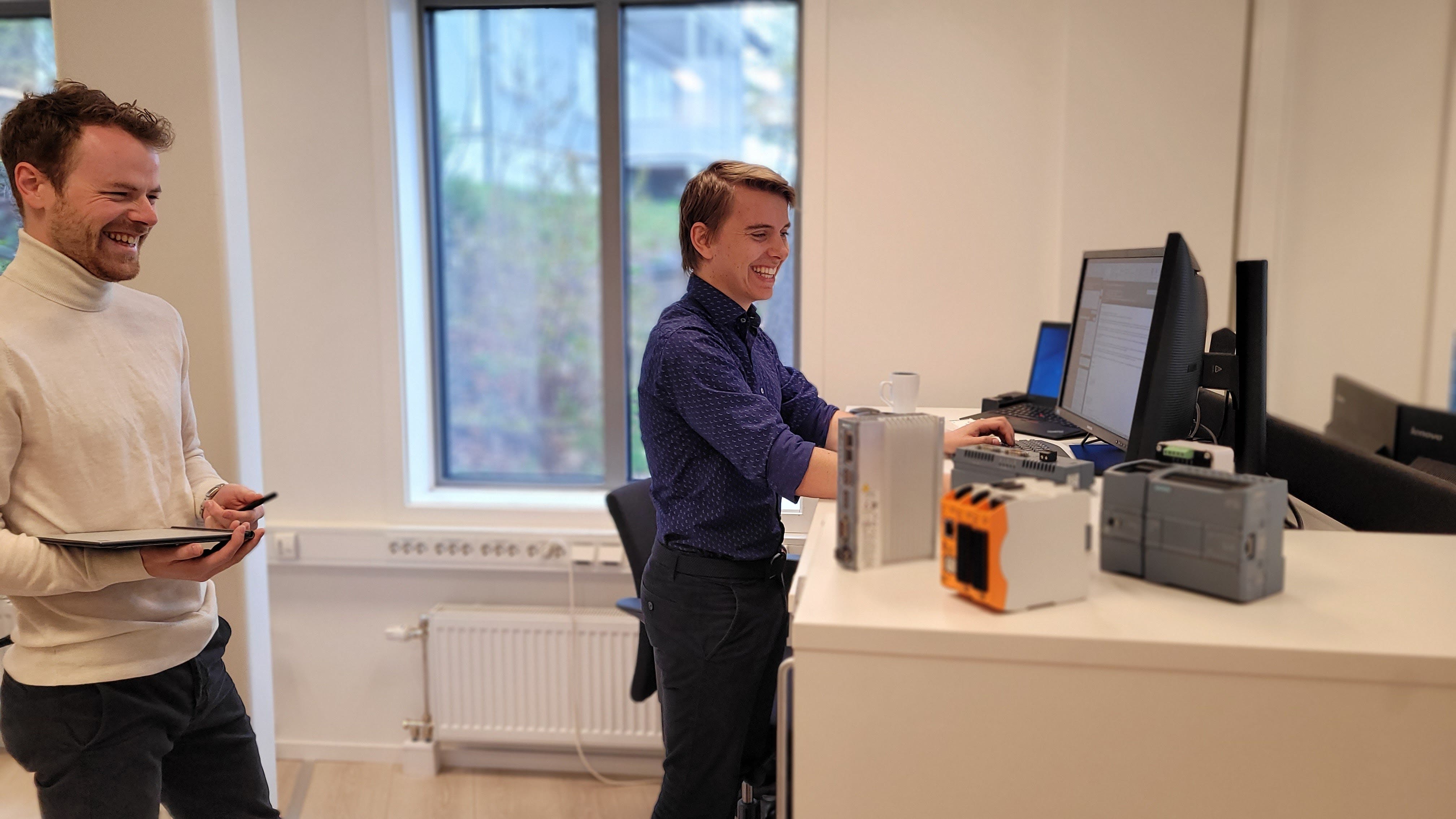 “Time-series data is our bread and butter, and MongoDB for Time Series made it simple for us to handle this. We got the solution live for our customers in a very short time.”

MongoDB Atlas at the core

Digitread Connect has created software to capture and analyze data locally, on the edge, before it's uploaded to their IoT platform. The customer only needs to connect their equipment and sensors,” says Lange. “And at the core of everything, where the gold – the data – is stored, is MongoDB Atlas.”

The interaction with Appfarm also means Digitread Connect can deliver new applications in previously unimaginable times. Where new applications would previously have taken months to develop, Lange can now build custom pieces of software in less than a day. The results help to ensure that asset utilization is optimized, generating benefits from financial, operational, and sustainability perspectives.

Looking to the future, Lange sees a range of new applications for Digitread Connect. “You can use the insights we enable for machine learning for predictive maintenance and to avoid asset failure,” he concludes. “I see huge potential for gathering data from assets around the world and utilizing that data to produce value for the industry and beyond.”