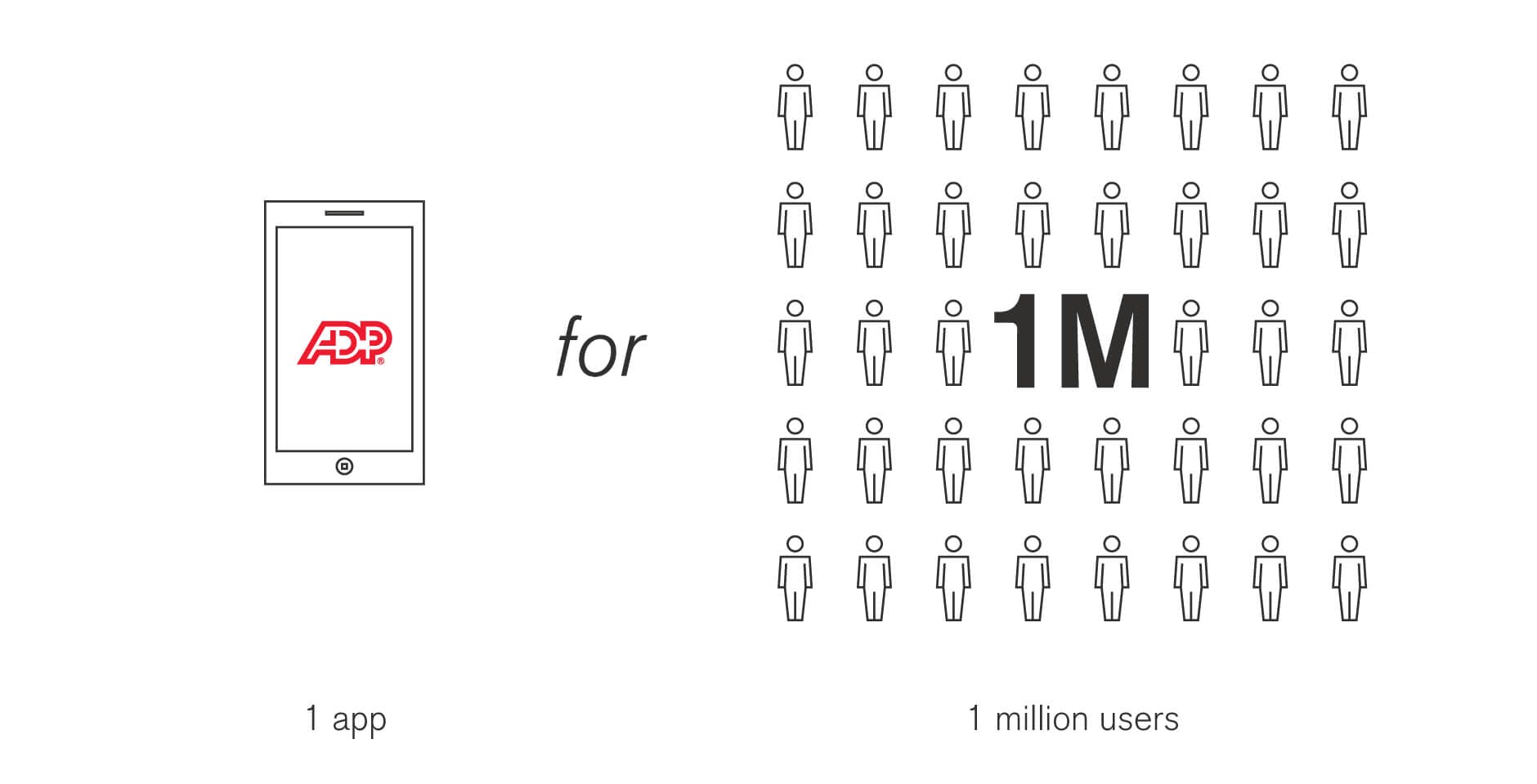 When ADP went looking for the right database to meet the demands of today’s mobile consumer, it quickly realized all technologies aren’t created equal.

With over $10 billion in revenues and as one of the largest business outsourcing solution providers, ADP wanted to build a signature app for the 41,000 organizations that turn to ADP for help managing their employees’ financial, health, and working lives. These employees rely on ADP to track crucial information – their paychecks, health and life insurance benefits, and retirement information. And they expected nothing less than a great mobile experience.

The technology underpinning ADP’s app had to be 100% reliable. It had to scale to millions of users. It needed to be super responsive. But ADP couldn’t stop there. The company also needed an approach that would let it keep innovating and evolving with customers’ needs. Mediocre apps get deleted with a swipe of the finger.

Which is why ADP chose MongoDB. In MongoDB, ADP found a partner that delivers high performance, reliability, speed, and scalability, while also providing the the rich query functions of traditional databases. All at a fraction of the cost of a legacy approach. 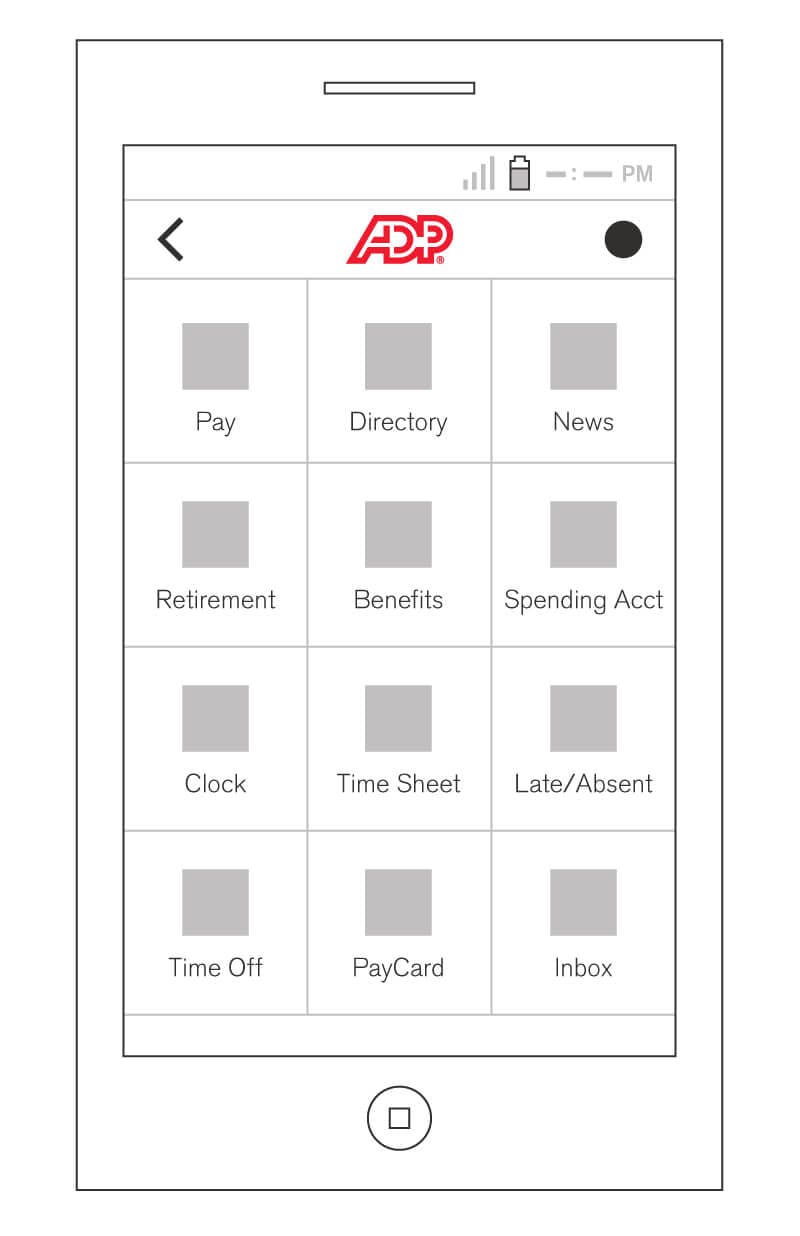 Working with MongoDB, ADP quickly created the “ADP Mobile Solutions” app. Today, the app has more than 1 million active users in 17 countries and 23 languages. After its release, it quickly shot to the top of the iTunes rankings, becoming a top 15 business app, and remaining there ever since. All at lower costs and zero downtime. With MongoDB, ADP found exactly the partner it was looking for.

ADP’s mobile app puts essential information at the fingertips of its customers’ employees. Users now have access to the key data they need when, where, and how they want it. Pulling up the app on any device they choose, employees can dive into their pay and tax information, look up health benefits, manage their expenses, and even keep track of their vacation days.

But as popular ADP Mobile Solutions is, ADP hasn’t stopped innovating. It’s using the masses of data it collects in real time to continue improving the app and to provide a more personalized experience.

For example, with MongoDB, ADP is able to capture every single user click and run behavioral analytics against that data. By understanding how and when people use different features, ADP can, for instance, apply predictive caching to improve performance. If it knows that a certain group of people tend to look up their 401k information at 9 am on the last day of the month, it can make that data available in its cache before those employees log on.

ADP’s success is built on MongoDB’s innovative approach to organizing massive amounts of data. When ADP set out to expand its mobile program, it needed to pull together broad swaths of constantly changing information – quickly and cost effectively. The company couldn’t take the traditional relational database approach because the time required to design a new schema for all its data, transform that existing data, and train its team on those complexities would have put ADP far behind its application launch goals. Yet, ADP didn’t want to give up the rich query functions of traditional databases.

When ADP evaluated key value stores, it became obvious that while these products can easily load data, they only provide simplistic data access features. This limitation makes development more complex. ADP's developers would need to build those features themselves, instead of relying on the database. For ADP, MongoDB really hit the sweet spot. It gives the company a flexible data model, but still provides the rich features for indexing and querying the data, allowing ADP to build applications more quickly.

A Backbone for the Future

ADP didn’t want to keep using relational databases and their expensive, proprietary hardware. Instead, the company was interested in using standard commodity servers and virtualization to reap the benefits of distributed computing and cost savings. All without sacrificing real requirements for speed, reliability, and scalability.

It found all that in MongoDB. MongoDB leverages in-memory computing, providing in-memory speed with on-disk capacity. That means user data can be pulled up quickly from memory, rather than having to be fetched from disks. ADP also gets high availability by using MongoDB’s native replication across servers, racks and data centers. And MongoDB runs on commodity hardware, dramatically reducing cost.

As a result, ADP's deployment is much easier to manage, and less expensive to maintain. Instead of building these scaling and speed capabilities themselves, ADP can rely on MongoDB and focus on building great features for its apps.

MongoDB also makes developing apps fast. Developers love using MongoDB because it makes them more productive, and lets them focus on building features instead of wrestling with the underlying technology stack.

The secret is MongoDB’s data model. Developers can skip a painful and time consuming step they’ve become accustomed to with relational databases -- the Object Relational Model (ORM). ORM provides a software bridge between two opposed worlds: how the relational database stores data and how developers use data in their code. Because these worlds are so different, developers can spend a great deal of time making sure data and queries work well in both.

With MongoDB, this complexity goes away. Data is stored the same way developers use it in their code. As a result, development is easier and faster. It also turns out to be much easier to scale.

MongoDB delivered for ADP. The company built a fast, reliable, and powerful app that their customers’ employees downloaded in droves. And it did so faster, cheaper, and more creatively than it ever could have with relational databases. Which is everything companies are looking for when it comes to building apps these days. Mobile drives business today. And MongoDB drives mobile.