Pearson, the global online education leader, has a simple yet grand mission: to educate the world; to have 1 billion students around the globe touching their content on a regular basis.

They are growing quickly, especially to emerging markets where the primary way to consume content is via mobile phones. But to reach global users, they need to deploy in a multitude of private and public data centers around the globe. This demands a mobile-first, cloud-first platform, with the underlying goal to improve education efficacy. 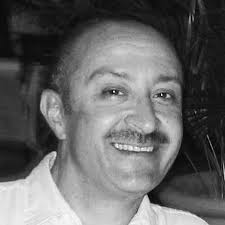 In 2018, Pearson will be announcing to the public markets what percentage of revenue is associated with the company’s efficacy. There’s no question; that’s a bold move. As a result, apps have to be built in a way to measure how users are interacting with them.

Front and center in Pearson’s strategy is MongoDB.

With MongoDB, as Pearson CTO Aref Matin told the audience at MongoDB World (full video presentation here), Pearson was able to replace silos of double-digit, independent platforms with a consolidated platform that would allow for measuring efficacy.

“A platform should be open, usable by all who want to access functionality and services. But it’s not a platform until you’ve opened up APIs to the external world to introduce new apps on top of it,” declared Matin.

A key part of Pearson’s redesigned technology stack, MongoDB proved to be a good fit for a multitude of reasons, including its agility and scalability, document model and ability to perform fast reads and ad hoc queries. Also important to Matin was the ability to capture the growing treasure trove of unstructured data, such as peer-to-peer and social interactions that are increasingly part of education.

So far, Pearson has leveraged MongoDB for use cases such as:

All of this feeds into Matin’s personal vision of increasing the pace of learning.

“Increasing the pace of learning will be a a disruptive force,” said Matin. “If you can reduce the length of time spent on educating yourself, you can learn a lot more and not spend as much on it. That will help us be able to really educate the world at a more rapid pace.”

This year, MongoDB welcomed 33 university students to our intern program in Engineering, Marketing and Education. In this series, we'll introduce you to the talented students who are helping us transform development and operations for how we run applications today. We had the chance to sit down with Alex Kleiman, who is working on the Kernel team on the pluggable storage engine and RocksDB integration that will ship in MongoDB 2.8 What is your role at MongoDB? I am a software engineering intern on the kernel team. I’m working on pluggable storage engines. The idea is to enable engineers to swap out different storage engines in MongoDB. How did you find out about the internship program at MongoDB? Why did you choose to come to MongoDB? I attended a career fair. I was really attracted to the fact that most of the engineering work is open source. I also liked that the company is creating a product which is constantly changing in exciting ways. The people that I talked to during my interviews seemed really nice, exciting, and smart. What’s your hometown? Bala Cynwyd, Pennsylvania, a suburb of Philadelphia. Did you have previous experience using MongoDB before you arrived? If so, how are things different now that you work at MongoDB? If not, how did you learn MongoDB? I didn’t have any previous experience with MongoDB. I am working on the Kernel team, so I don’t really work with MongoDB, but rather I build on top of the server. Bike or public transportation to work? Public Transport. What’s a typical day (or week) for you? Hop on the subway, I normally code most of the day. There is a team meeting at 11am and then Lunch, Dinner, home. What do you love most about MongoDB? I love the challenge. I’m really happy with the level at which I’ve been challenged. The things I have to do are not easy and I mean that in the best possible sense. What’s the most challenging aspect of your job? Fending off all the fans and paparazzi. In addition, the nature of my project is making code that is very specific toward one goal: making MongoDB flexible and adaptable. That is a hard thing to do in general, made easier by MongoDB engineers. What do you hope to accomplish while you’re here? I’d like to finish my project. I’d also like to get Berkeley DB incorporated as a storage engine in MongoDB. And of course I want to keep growing as a computer scientist. What’s your favorite Seamless lunch order? Anything that leaves me with leftovers for dinner. Name one secret skill you have, unrelated to work. NONE. [Laughter] What’s your favorite rap album? Illmatic by Nas. In addition to having perfect flow, the lyrics are incredible and do a fantastic job of giving a sense of what his life is like. Kindle or book? What’s your favorite book? I prefer reading books, but I try to save paper by using a Kindle. My favorite book is A Lesson Before Dying. Describe your perfect weekend. On Saturday morning I would read the newspaper, then I would go outside and read something else for a couple of hours. At night I would go see a Biggie Smalls, Nas, Jay-Z, Lauryn Hill, and Tupac concert that was completely non-holographic. Then on Sunday I would go to Yankee stadium, hangout in the locker room, sit in the dugout, and watch the Yankees win game Seven of the World Series. After that I would watch the Eagles win the Super Bowl. Want to help build the next revolution in database technology? MongoDB offers summer internships and new graduate opportunities to foster computer science talent across the country. Learn more about the MongoDB University Relations program .

As companies scale their MongoDB estates and apply them to more and more use cases, opportunities for deeper insights arise—but first come issues around data modeling. The Challenge It’s one thing to start modeling for a green field application where you have the ability to apply modeling patterns . But it’s a different matter entirely to start from an existing relational estate and take into account multiple data sources and their business requirements in an effort to create the ideal MongoDB data model based on explicit schema (table and relations) as well as implicit schema (access patterns and queries). Unfortunately, this is a fairly common obstacle. Perhaps an application has been around for a while and documentation hasn’t kept up with changes. Or maybe a company has lost talent and expertise in some areas of a monolithic app. These are just a couple of examples that demonstrate how time consuming and error-prone this effort can be. The Solution MongoDB and Accenture are excited to announce a modernization tool which enables faster MongoDB adoption by accelerating data modeling. As part of its mainframe offload and cloud modernization initiatives, Accenture’s Java-based data modernizer helps companies arrive at a recommended MongoDB document data model more quickly and efficiently. Using this tool results in a faster operational data layer for offloading mainframes and faster implementation of MongoDB Atlas for migrating applications to the cloud while also transforming them. Accenture and MongoDB are long-standing strategic partners, and this investment is another addition to our joint customers’ toolkits. “This modernizer is the right tool for teams who are focused on changing business requirements as they rethink their applications for the cloud. With on average 50% faster data modeling and 80% data model accuracy straight out of the tool, developers can work on modernizing instead of spending weeks figuring out the right data model to simply meet existing business requirements that have not been explicit.” (Francesco De Cassai) How it Works The modernizer analyzes access logs and relational schema from Oracle and DB2 databases, whether they’re powered by mainframes or not. This allows teams to obtain critical insights before kicking off development activities, thereby better informing the process. Additionally, the modernizer combines the implementation of modeling patterns , development best practices such as document sizing (best, average, worst case), and naming conventions, while also providing confidence levels to predict the accuracy of the model it’s suggested. The tool combines Accenture’s deep expertise and lessons learned from numerous successful projects. Our customers are investing in a new approach to managing data: Data as a Service & Data Decoupling. This strategic initiative focuses on consolidating and organizing enterprise data in one place, most often on the cloud, and then making it available to serve digital projects across the enterprise. MongoDB Atlas unlocks data from legacy systems to drive new applications and digital systems, without the need to disrupt existing backends as companies modernize and migrate to the cloud. With this tool and MongoDB capabilities, MongoDB and Accenture allow organizations to get the most out of their data. Find out more about the MongoDB & Accenture partnership here . Learn more about MongoDB’s Modernization Initiative .