An API or Application Programming Interface is a messenger or a middleman that lets computer programs securely access data from one another. A very common example of an API is a flight booking website that compares prices of flights from multiple airlines. The application requests data from multiple third-party APIs, which in turn connect to the actual data source (like databases). Once the API passes the response to the requesting application, the client user interface (UI) displays the information in a single view.

What is an API?

An API is not a database or web server. However, it provides secure access to both. When an application or client requests some information (data) to the API, the API redirects the request to the appropriate source and passes the received response to the client.

What API is and what does it do

So, what exactly is an API?

Interface is a core object oriented programming principle (OOP) used by many programming languages. Interface hides the implementation from outsiders (i.e., third-party applications and services), but still lets them use functions from an application. So, if you want to use a functionality, you’d know what the method does, but you wouldn’t know how the method works! The interface in an API is very similar—you hide the internal workings of your program by exposing only a part of the functionality through the API.

Why is it helpful?

By exposing an API, you provide a protocol that other programs can use to communicate with your app.

Let’s say you want to build an app where users can book slots for playing basketball, based on court availability. Since basketball is an outdoor sport, you want to display the weather so that it's handy for customers to make an informed booking. If there is already a weather application that displays weather based on your location and time, it’d save a lot of your effort building another one.

Now, if the person who created this weather app exposed a public API (say the method name), you can use their functionality as it is and get the data for your app users!

Example to show an API

How does an API work?

Companies can create APIs for their internal use or to share with the public. For example, social media plugins and programming language APIs are used by developers and web users. Any individual can create an API to share their content with more people. There is no front end of an API and the requests are usually sent through a web server over the internet.

There are different types of APIs.

The most commonly used web APIs follow the REST (Representational State Transfer) architecture, where requests and responses are delivered via the HTTP protocol. 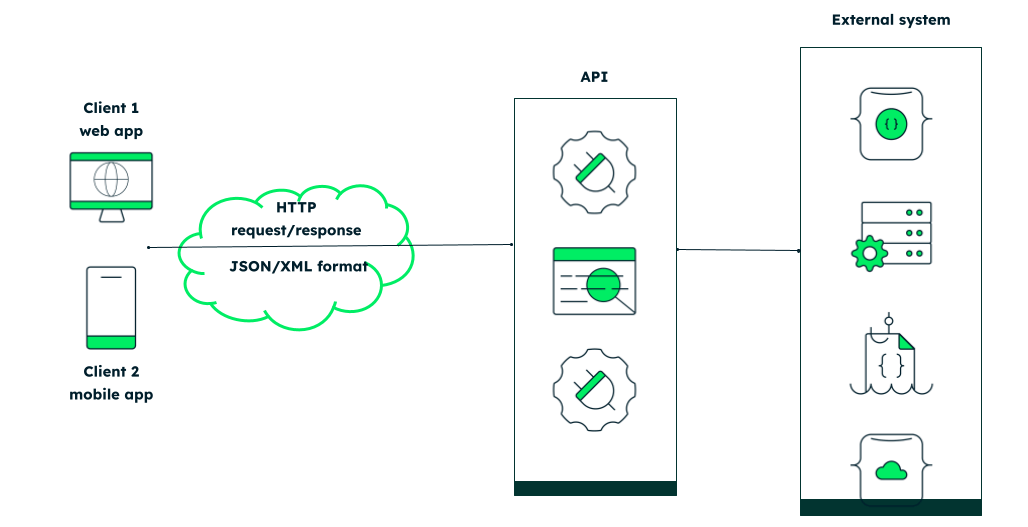 How applications use API to exchange data

The API works as follows:

The different types of APIs

There are four basic types of APIs: 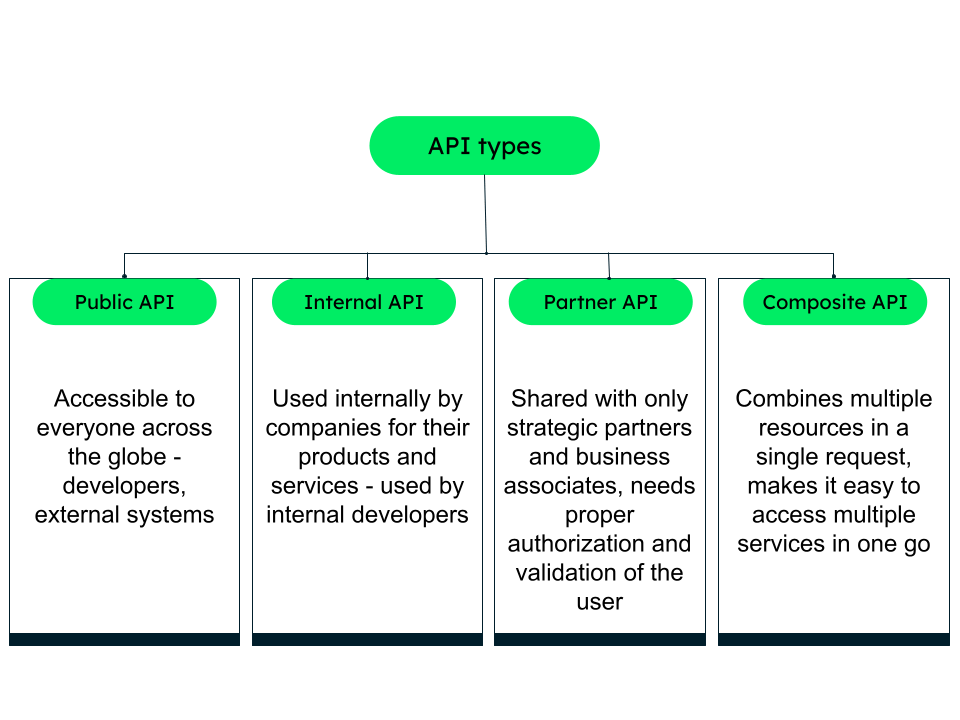 These APIs are made to be accessed by the general public, like individuals, entrepreneurs, developers, and third-party systems. There are some minimal restrictions to authenticate and authorize the users using API key or OAuth. Some APIs don’t have any authentication at all. Most of the APIs are built as public, so that many people can benefit from them—for example, programming language standard library APIs, Google Maps, and OpenWeatherMap.

Internal APIs are not publicly exposed and can provide access to sensitive data. They are used by organizations for their own business purposes—for example, an HR portal, where HR and managers can access employee information and update it.

This type of API is conditionally shared to certain business partners or organizations. These need proper authentication and access control, and only those with valid authorization credentials should access the APIs. For example, a merchant can provide a partner API to certain partners to see potential marketing opportunities, events, earnings, and offers.

In a composite API, the client requests multiple resources with one API request. For example, in a web page for a product, you need to display both the details for the product and the customer reviews for it. Usually, you will need to send two API requests—one for the details and one for the reviews. If you’re using a composite API such as GraphQL, you can fetch both the details and the reviews by requesting a single API endpoint.

What are some examples of APIs?

With the concept of reusing pitching in more, APIs are finding use everywhere! From weather apps and Google Maps to YouTube and Facebook video plug-ins, you can find an API being used in almost every web application today. Some day-to-day examples of APIs are:

Most of the time, we want to compare prices of different airlines and then book the cheapest one. There are many websites that collect data from multiple airlines and display it in a single view. These websites use APIs of the airline (external) system to access their database and get the required information. 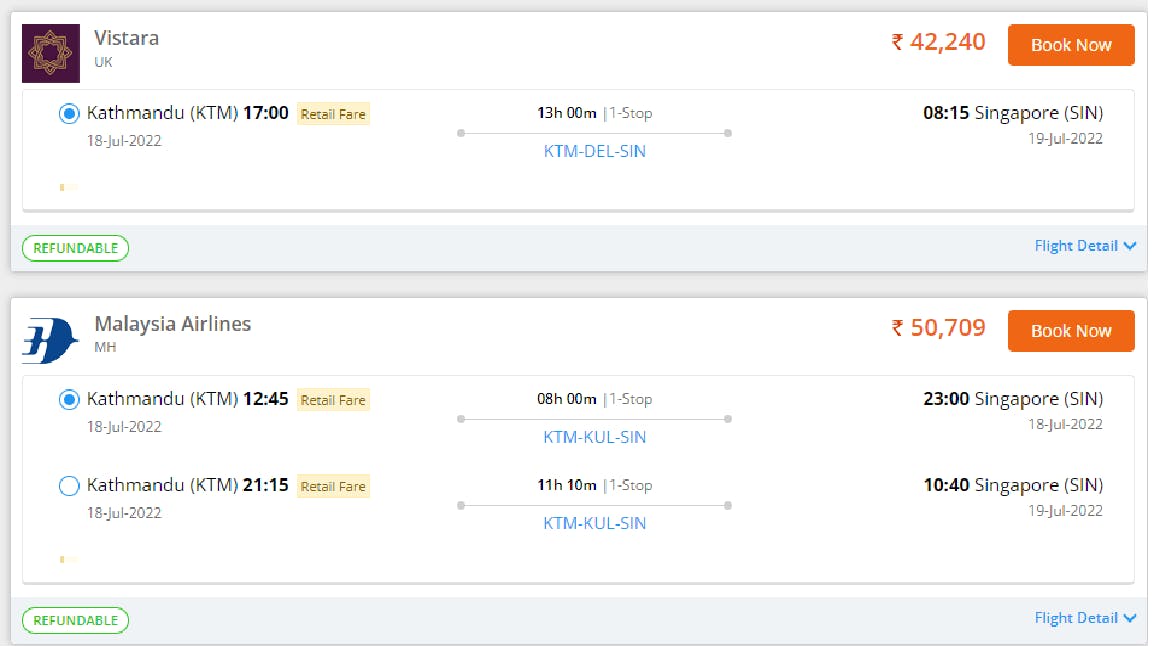 Google Maps is a very advanced app that not only shows directions to a place, but also live traffic updates and alternate routes. Cab companies like Ola and Uber, and food delivery companies like Zomato, use the Maps app, rather than creating a new map functionality from scratch.

Uber, Ola and many other apps use Google maps API for users to track cabs

You may have seen YouTube videos or Facebook posts embedded in a web browser, an article, or an app. Same way, Twitter, Instagram, and many other social media handles can be integrated within an application or browser using their APIs.

Facebook offers a GraphQL API to get data into and out of the social network..

Many new websites provide an option to log in using your Gmail or Facebook credentials, and pick up your public data from their database. They use APIs provided by these companies to authenticate you. This saves you time as you don't have to register for every site or app you use, and companies can use the same data that you provided to Google or Facebook. 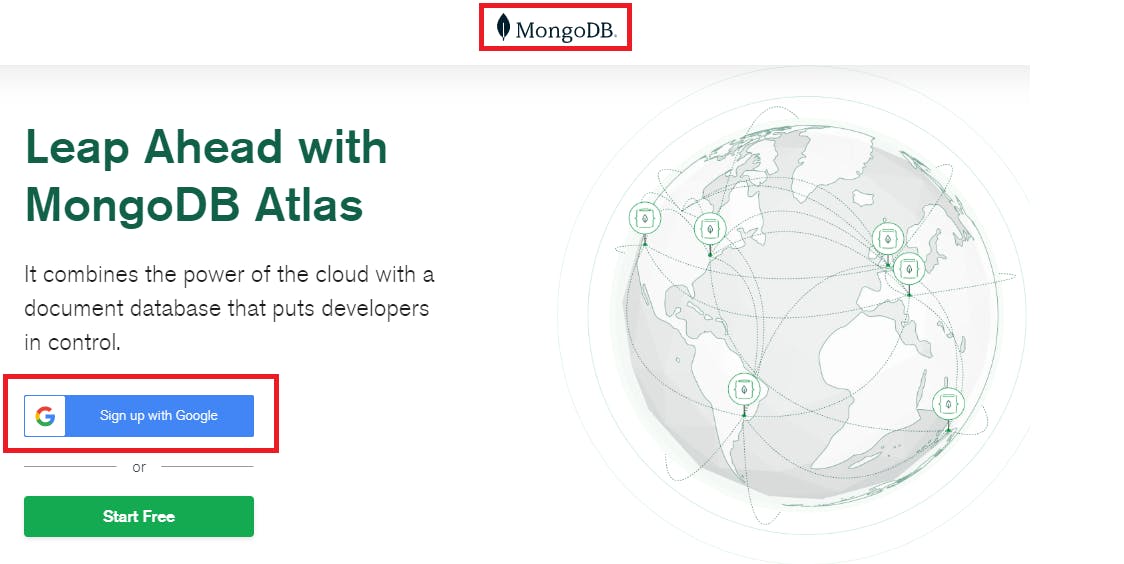 The use of digital payment options like Google Pay and PayPal has ensured secure transactions without having to type any sensitive account information. These retail apps connect to payment systems through APIs to complete the payment process.

The different types of API protocols

There are different API protocols, the most common being REST, which is an architectural style, that uses HTTP for sending requests. 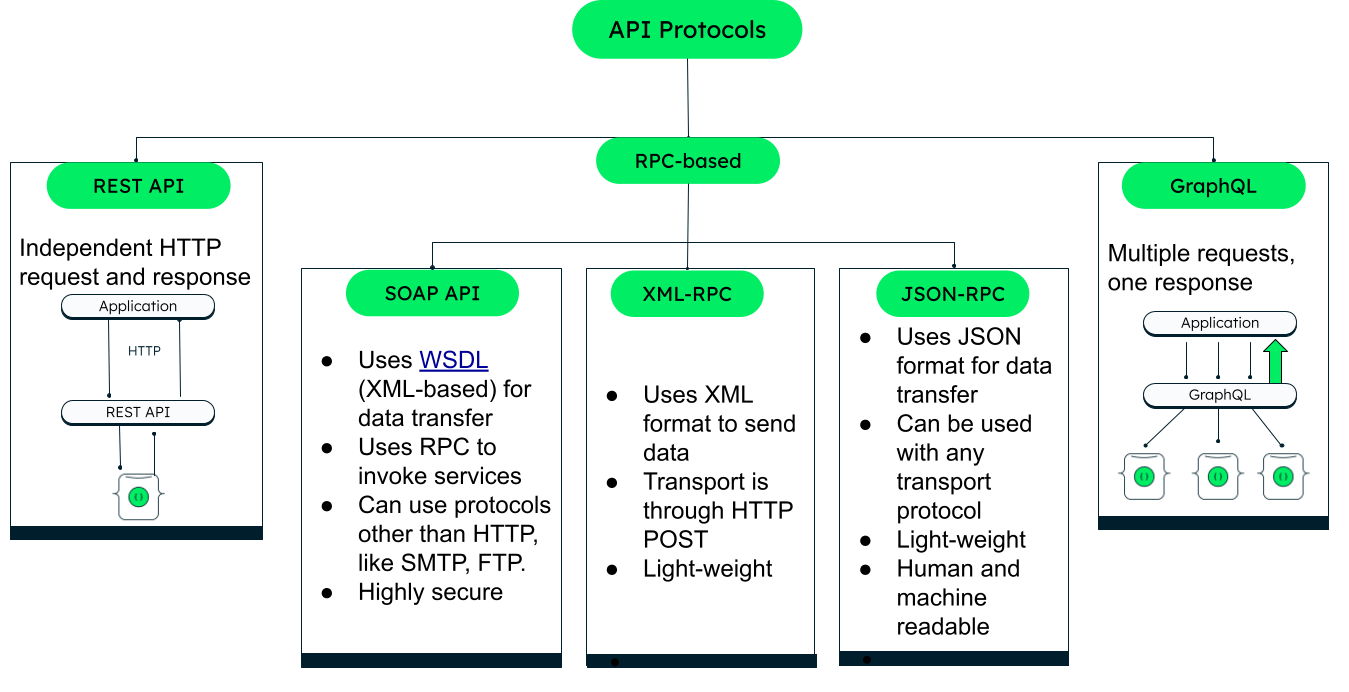 There are many API protocols, like REST, SOAP, XML-RPC, JSON-RPC and GraphQL

REST is an architectural style for building APIs. The architecture defines a few constraints and principles:

Another common API is the WebSocket API, which uses JSON for data transfer and supports two-way communication between client and server.

Program APIs are based on RPC (Remote Procedure Calls), where calls made to a remote system appear to be local calls. Some protocols based on RPC are:

GraphQL (Graph Query Language) is a fast, stable, and flexible query language and runtime. With GraphQL, developers can construct requests to pull the necessary data from multiple sources in a single call. The response contains only what is required, which makes GraphQL light-weight and simpler than SOAP. Organizations like Facebook, GitHub, Netflix, and PayPal are adopting GraphQL to simplify the response and have a single entry point for data access.

What languages are APIs written

Any of us can write an API, provided we know which languages we want to write the API in. Some common languages are Java, Python, PHP, Ruby, .NET, C++, and JavaScript. These languages are easy to learn and use, and suitable for even new software developers.

APIs have many benefits, like code reuse, saving time and cost of development. Some prominent benefits are:

MongoDB provides APIs and drivers for a dozen programming languages, along with extensive documentation. MongoDB’s unified query API lets you seamlessly work with any data type, like time series, arrays, and geo-spatial data.

MongoDB Atlas API lets you access your cloud data programmatically with just a few configurations. With the new Atlas Data API, you can easily build data-centric microservices, or integrate with third-party services—tasks that were earlier considered tedious.

How do you create an API?

You can code API in any language of your choice. Here are the steps to create an API:

Is API a technology?

API is not a technology. It’s an interface that lets developers reuse a functionality already written by someone, rather than creating the same functionality again. An API acts like a messenger to communicate between two programs or machines.

What is the most popular API?

What apps use an API?

Many apps like Uber, Ola, and Instagram, apps provisioning universal logins, and retail sites having online payment options use APIs for the benefit of end users.

Why do we need an API?

An API acts as a messenger that can exchange information between two systems, without the need for additional infrastructure or human intervention. For example, using APIs, a flight booking website can communicate with multiple airline databases to get the best flight deals as per a user’s preferences. As a developer, an API lets you reuse functionalities that have been created by someone else, without having to re-code or copy them into your machine or environment.