Do you have an application with a growing user base, or do you have an application that you anticipate will grow in the future? If so, then the load on your database is most likely growing as your application saves larger amounts of data. Whether it’s the number of connections needed, the amount of data to be stored, or the increased processing power, any database will eventually hit a limit on what it can handle.

This article will explore:

What Is Database Scalability?

Scalability is the ability to expand or contract the capacity of system resources in order to support the changing usage of your application. This can refer both to increasing and decreasing usage of the application.

Increased usage of your application brings three main challenges to your database server:

The first action you might take to address the need for increased capacity is application and database optimization. Examples include optimizing the application code, caching, and appropriately indexing your query patterns . These optimizations increase the efficiency of your application and should bring some relief. However, there comes a point when system resource limits are reached. At this point, you will want to consider scaling your database vertically, horizontally, or both.

Let’s discuss what these terms mean in more detail.

What’s the Difference Between Horizontal and Vertical Scaling?

What is Vertical Scaling?

Vertical scaling refers to increasing the processing power of a single server or cluster. Both relational and non-relational databases can scale up, but eventually, there will be a limit in terms of maximum processing power and throughput. Additionally, there are increased costs with high-performance hardware, as costs do not scale linearly.

When cost and/or machine limitations become an issue, be sure to consider horizontal scaling.

What is Horizontal Scaling?

Horizontal scaling, also known as scale-out, refers to bringing on additional nodes to share the load. This is difficult with relational databases due to the difficulty in spreading out related data across nodes. With non-relational databases, this is made simpler since collections are self-contained and not coupled relationally. This allows them to be distributed across nodes more simply, as queries do not have to “join” them together across nodes.

How to Increase Database Performance and Make it More Scalable

There is a variety of scaling techniques which depend on the database system and what components are used. However, they all use the concept of a node, which is an individual machine storing some or all of the data. A group of nodes that work together is called a cluster.

There are two commonly used horizontal database scaling techniques: replication and horizontal partitioning (or sharding). MongoDB is a modern, document-based database which supports both of these.

Replication refers to creating copies of a database or database node. Replication adds fault-tolerance to a system. Each node in a cluster contains a copy of the data. If one of the nodes goes down, the cluster is still able to serve client requests because the other nodes in the cluster can respond to the requests.

Replication is also a form of scaling because client requests can be spread across all the nodes in the cluster instead of overwhelming a single node. This increases the capacity of the system to handle more database read requests. 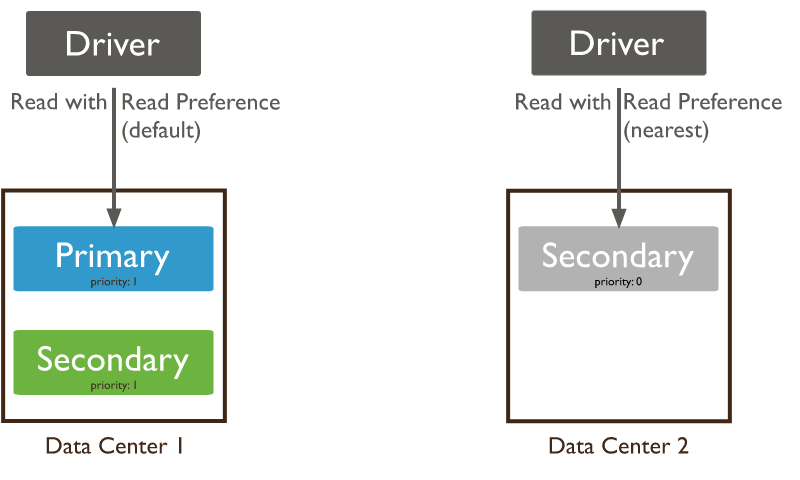 Replication increases neither the total storage capacity of the system nor its ability to handle write requests. For these, we will need to look to partitioning.

Partitioning distributes data across multiple nodes in a cluster. Each replica set (known in MongoDB as a shard) in a cluster only stores a portion of the data based on a collection sharding key (sharding strategy), which determines the distribution of the data. This makes it possible to scale the storage capacity of the cluster virtually without limit. Since each node is only responsible for processing the data it stores, overall processing capacity for both reads and writes is increased as well.

However, partitioning is a more complex scaling strategy than replication. Because each node only stores part of the data, for each request, the database queries need to determine which node or nodes contain the relevant data. In MongoDB, the client application connects to a sharded cluster through a router which directs the requests to the appropriate nodes.

If the data is stored across multiple nodes, the reads and writes could be done in parallel. For large volume data reads, performance is improved because each node can read its section of data in parallel with the other nodes.

There is an overhead to reading from multiple nodes. The data from all the nodes still needs to be transferred over the network and then combined into a query result set. For small data reads, the network latency could be a significant portion of the overall query time. For those scenarios, it’s more efficient to query using targeted operations.

MongoDB has the ability to store both sharded and unsharded collections in a sharded cluster. This allows the application to take full advantage of the cluster for large data sets while using a primary shard for small data sets.

In order to take advantage of both scalability and fault tolerance, you need to combine partitioning and replication. You can configure multiple groups of nodes (replica sets in MongoDB) with replication and then run a sharded cluster on top of them. Each node in a replica set will hold a copy of the shard data. So, if a server goes down, the replica set can still respond to queries for the shard it holds. It would look something like this: 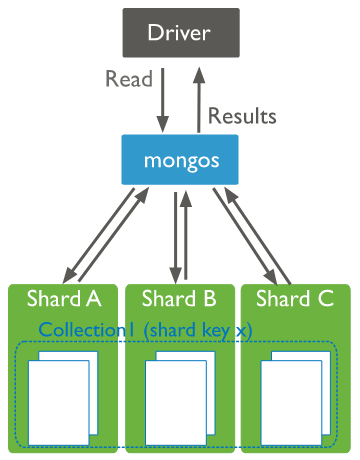 A partitioned and replicated configuration like this is a best practice and the default configuration for sharded clusters on MongoDB Atlas, MongoDB’s Database-as-a-Service offering.

For more information on scaling MongoDB specifically, check out How to Scale MongoDB.

Yes. MongoDB allows you to scale your clusters vertically by adding more resources to the cluster, or horizontally by partitioning the data via sharding.

How do you scale a database?

What is scaling in DBMS?

Scaling in DBMS is the ability to expand the capacity of a database system in order to support larger amounts or requests and/or store more data without sacrificing performance.

What are scalability issues?

Scalability issues are problems caused by a system’s inability to support growing demand on resources such as storage/memory, processing, and network bandwidth. These are usually manifested as a system’s degraded performance, errors, or unresponsiveness.

How do you test scalability?

Scalability is usually tested through load testing, e.g., simulating a real-life large number of requests and ensuring that the system can support those requests and adapt to differing amounts of load.

Why are NoSQL databases more scalable than RDBMS databases?

NoSQL databases are usually built by design for a distributed database environment, allowing them to take advantage of more availability and partition networking built-in solutions, which sometimes comes as a tradeoff for consistency.

Most relational database management systems (RDBMS), such as SQL Server and Oracle, choose consistency over availability. These systems often focus on storing business transaction information, and so consistency is critical to their operation.

On the other hand, most non-relational and NoSQL databases choose availability over consistency because their main focus is the ability to support large amounts of users and data volume even when some of the database nodes go down. This assists the support of scalability using the “partition of data” approach.

How do I scale a SQL database?

Generally, you start by scaling vertically by adding more storage, CPUs, and memory. You could also enable replication and serve some of the read requests from different nodes in the cluster. However, this may require that the application be aware of the different nodes.

How do I scale a database horizontally?

Which is better: horizontal or vertical scaling?

Neither is better. You should choose the type of scaling that meets your use case. Vertical scaling is generally simpler but more limited. Horizontal scaling is more complex but supports larger loads in terms of number of requests served as well as total data storage.