A fast growing enterprise Crypto disruptor, connecting the infrastructure of the digital economy

Founded in 2018, Seracle has quickly grown to become more than a USD $100 million business employing over 100 staff and with offices across India, Singapore, Thailand and Canada.

Seracle is a disruptor in the Crypto and Blockchain space, having built a unique Blockchain-as-a-Service (BAAS) platform and offering a white label Crypto exchange & more software solutions along with Web 3.0 infrastructure that enables businesses to set-up their own customized crypto currency trading platform & Web3 platforms in DeFi & NFT space.

The Seracle system relies on cutting-edge technologies to deliver first-class WealthTech solutions, and offers an exceptional Software as a Service (SaaS) with APIs for exchanges and wallet systems.

Seracle’s journey to becoming the disruptor it is today meant quickly developing and establishing a strong data infrastructure able to move as fast and be as agile as the world of Crypto. 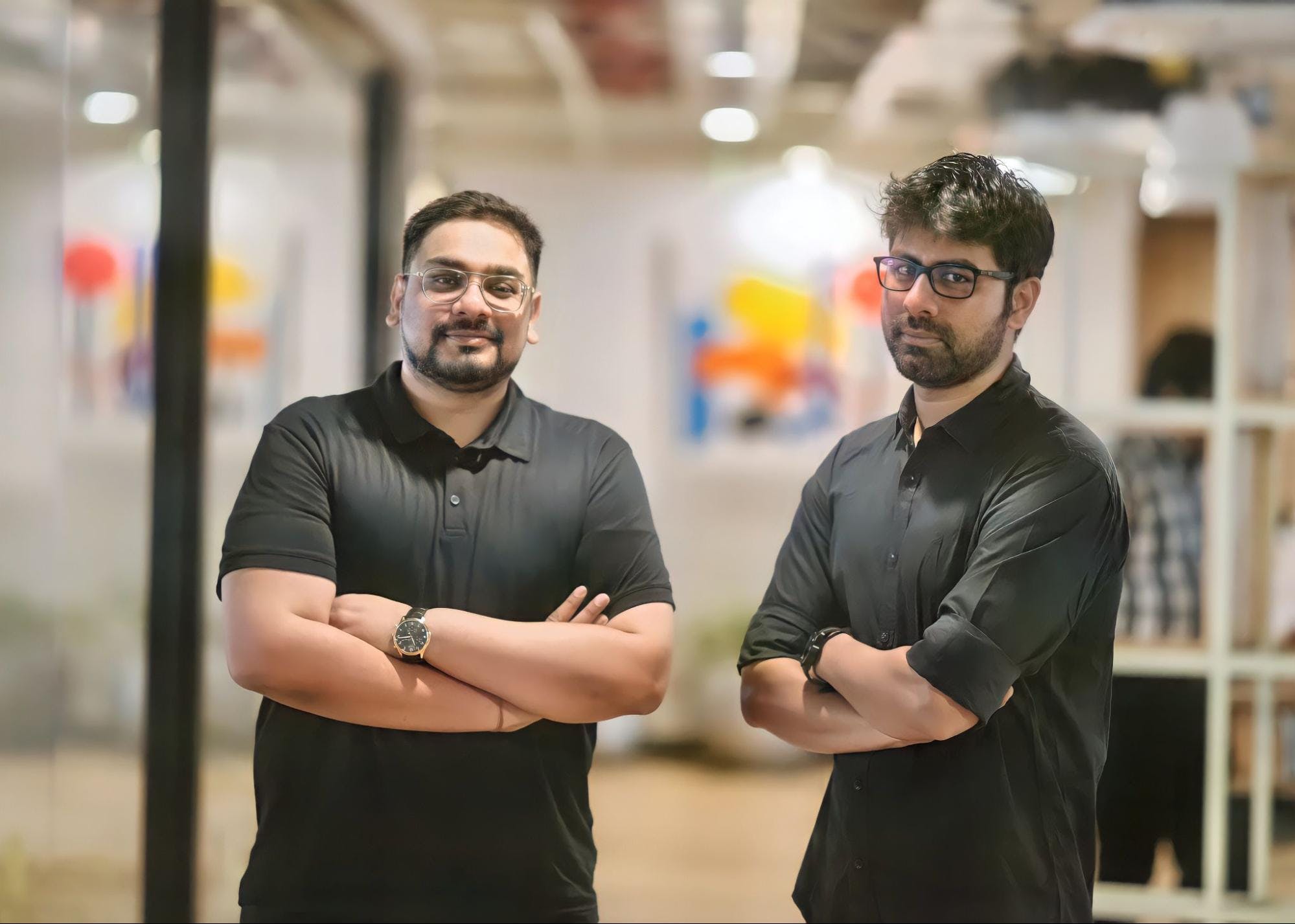 From left to right: Shrikant Bhalerao, founder and CEO of Seracle, and Akshay Soam, CTO of Seracle

As an early-stage start-up, Seracle built its crypto & Web 3.0 infrastructure on its own. Given they knew they would need to handle and prioritize a wide variety of data types. they had chosen MongoDB as their core database which they managed themselves on Digital Ocean.

But Seracle’s relatively small team of developers quickly reached the point where they needed extra scalability to support the business’ strong growth. They also needed to overcome the challenges that came with having to manage growing data complexity while improving performance and reliability

While an average day would see about 3,000 new registrants on the Seracle platform, this number could go up to between 12,000 and 18,000 new registrations per day following marketing campaigns. It was important developers could scale up and down on-demand to manage transaction volumes.

The team also had to continually make changes and release updates to keep up with the quickly evolving Crypto landscape. While this was all possible with their Web 3.0 infrastructure, it required a large investment in developer time and more capital resources.

For example, each time the team needed to upgrade their storage, they had to manually provision more services. This meant they had some downtime as servers had to be turned off and on again. This was seriously hindering their path to growth as well as threatened customer experience.

Seracle also had an important analytics and visualization challenge: getting a holistic picture of all up to date data was a pain. The team was using Kibana, and they had to sync all their different data sources into ElasticSearch, just to generate reports. This was time consuming and created other problems like multiple copies of data and the risk the data would be out of date by the time it was shared. The syncing issues often caused downtime and would make queries inefficient.

Finally, Seracle’s initial data infrastructure didn’t allow for different sets of data from different projects, each having different privacy and security requirements based on each country or region, to be aggregated in a single database. As more customers from a wide range of countries were onboarded, Seracle required extra security capabilities and built-in compliance for every conceivable geographic region, but it couldn’t compromise customer experience.

As the company looked to overcome their current data infrastructure and cloud limitations, it felt that moving from MongoDB Community to MongoDB Atlas would accelerate their developer productivity, decrease their risk, improve customer experience and help them capitalize on new growth opportunities.

Seracle kicked off their migration project by migrating one of their marquee customers - a Crypto exchange organization that deals with hundreds of millions of transactions - from Community onto Atlas.

The technical part of the migration was done in less than a week, with the whole process from planning to delivery taking less than two months - a big benefit for Seracle as it meant minimal disruption for its internal teams and customers.

The migration was also a perfect opportunity for Seracle to revisit its cloud layer, and overcome the flexibility and scalability limitations from its current cloud provider.

Seracle migrated away from Digital Ocean to host MongoDB Atlas on AWS, which provided the company with extra flexibility and scalability.

According to Akshay Soam, Chief Technology Officer, Seracle: “​​Having MongoDB as a hosted service on AWS is a game changer for us. We know MongoDB will run seamlessly, while AWS will provide us with the layer of standardization around blockchain that we need and didn’t have before. Partners like MongoDB and AWS let the experts take care of everything for us, so our teams can focus on what matters to our business.”

The second stage of Seracles’ migration included the move to Atlas Charts for their analytics.

MongoDB's Atlas Charts helps Seracle create visual representations of their MongoDB data, and provides built-in tools to easily share and collaborate on visualizations, all in real-time, allowing Seracle to take its analytics capabilities and Business Intelligence to the next level.

Not only does Seracle use Charts for its own internal analytics needs, but it also makes it available to its B2B customers using their platform, allowing every user to be able to perform custom queries and create custom data visualizations.

Because Charts is natively part of Atlas, there is no need for any data extraction or syncing, as was the case previously. Updates happen in real time and querying isn’t an issue anymore either. Crucially it also allows analytics and product launches to go live at the same time. This is in line with Akshay's philosophy that he wants to avoid the 'analytics part' going live later, as is often the case when organizations need to use another third party tool.

Seracle uses Charts to both generate daily executive dashboards, helping them make better and more timely decisions, as well as to provide the wider team with insights into the key customer stats. For their largest customer, Seracle has as many as 15 dashboards covering things such as deal volume, user numbers and performance stats like latency.

Together the MongoDB platform, MongoDB Atlas and Charts are helping drive forward one of the most modern and exciting areas of technology, pushing the boundaries of what Seracle’s leading BaaS platform and Crypto exchange software can offer.

Faster time to market, improved performance and increased capabilities, all for less

MongoDB Atlas is now the primary database for Seracle’s white label crypto exchange software & as well as its Web 3.0 blockchain infrastructure which Seracle offers as a managed service.

Using a combination of MongoDB Atlas on AWS and MongoDB Charts has given Seracle's developers access to a full developer data platform (Atlas) that helps the company operate with ease, scalability and agility, while setting the foundations for its future growth.

“If we had to build our own data & analytics infrastructure from scratch it would have taken us at least 3 years and 40 developers. Thanks to MongoDB, we were able to build what we’ve built much faster, and with less developers which meant less costs and a faster time to market. In the Crypto and Blockchain industry this is a highly competitive advantage”, said Akshay Soam, Chief Technology Officer at Seracle.

“If we had to build our own data & analytics infrastructure from scratch it would have taken us at least 3 years and 40 developers.”

Seracle now feels confident to run promotional campaigns and keep onboarding new customers with higher transaction numbers without having to fear any downtime.

With MongoDB Atlas on AWS, Seracle has increased the performance and reliability of its infrastructure, while improving customer experience.

The company can also now more easily control where and how its data is accessed. This could be storing on local servers, or separating data into distinct clusters. This can be done with a few clicks and helps Seracle comply with different regional rules, whether they are dealing with European customers that need to comply with GDPR or with APAC customers that also have their own specific compliance requirements.

According to Shrikant Bhalerao, CEO of Seracle: “The value of MongoDB goes way beyond the flexibility and scalability of the document database model. It is about making life much easier for our developer team, and freeing their time so they can focus on what matters most: driving innovation and supporting customers instead of just managing the database and issues such as queries, sync, security, compliance and more.”

“The value of MongoDB goes way beyond the flexibility and scalability of the document database model. It is about making life much easier for our developer team, and freeing their time so they can focus on what matters most: driving innovation and supporting customers instead of just managing the database and issues such as queries, sync, security, compliance and more.”

“It is also about allowing us, for example through Charts, to better understand our own business and offer extra insights and analytics capabilities to our customers in a very simple and accessible manner. This is invaluable.”

Seracle plans to onboard more customers in 2022, and will continue relying on MongoDB to power its growth as well as sustain its innovation efforts in an industry that is fast growing.