Pioneering the blockchain game industry in Korea and beyond

Founded in Seoul, Korea, in 2019 NOD Games has opened a new chapter in the gaming industry with its blockchain games. Leveraging the power of data and technology, NOD Games develops P2E (Play to Earn) games that allow players, (not companies), to own in-game assets. It has succeeded as a blockchain game studio by establishing a strong foothold with traditional RPG (Role Player Game) Crypto Sword&Magic and the world’s first decentralized MMO (Massively multiplayer online) strategy game League of Kingdoms.

League of Kingdoms, which has driven the success of NOD Games, is currently growing quickly in the blockchain game category with more than 500,000 downloads on Google Play Store. The game grew to become a beloved game with 100,000 daily gamers globally.

NOD Games continued to build momentum and launched the game globally. Firstly in Japan in 2020 with their partners LINE and then in the U.S. and Europe, accruing more than 200,000 more players. Throughout this success, one core element has been how NOD Games has successfully used data and empowered its small development team to innovate and deliver new games and features. 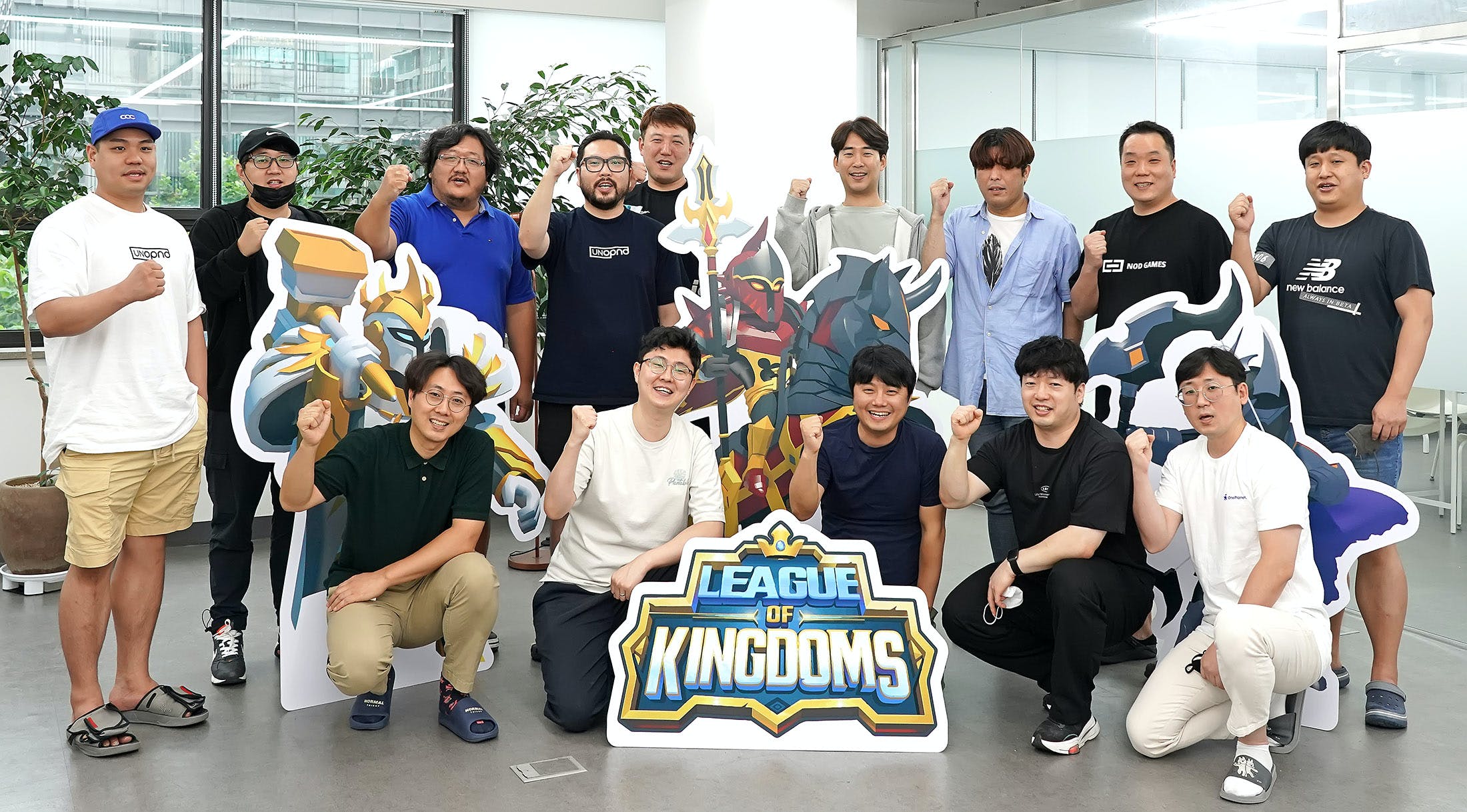 NOD Games identified the value of future-oriented technologies such as NFTs and metaverse as well as blockchain from an early stage and incorporated them into mobile games with endless growth potential. However, building complex games that integrate with cutting edge technologies, also created significant challenges.

In March 2019, NOD Games began with just five experts, including developers, server managers, and designers. The blockchain game industry was completely uncharted territory. For the company, the top priority was to develop prototypes as quickly as possible, accumulate player response, and take the lead in the market.

NOD Games focused on game development day and night, but it took considerable resources and time for the five-member team to stay ahead of the rapidly changing market trends. Initially, they planned to build a prototype based on a relational database management system (RDBMS) MySQL that the team had been familiar with. However, in the process of developing new features and fixing bugs, they found it unsuitable. Games underpinned by traditional databases require time-consuming and costly development, putting each character and item in different rows and columns. The complex and fluid data was an unnatural fit for the rows and columns of a relational database and on top of that there were regular database fixes required, all of which massively slowed down how quickly they could develop the prototype.

In an effort to release the game as soon as possible while increasing employee productivity, CTO Steve Hwang, a skilled developer with more than 20 years of experience, chose
MongoDB Atlas, a fully managed developer data platform, running on AWS. Hwang was impressed by a large number of MongoDB customer references, simple and easy-to-use features and extensive online resources. 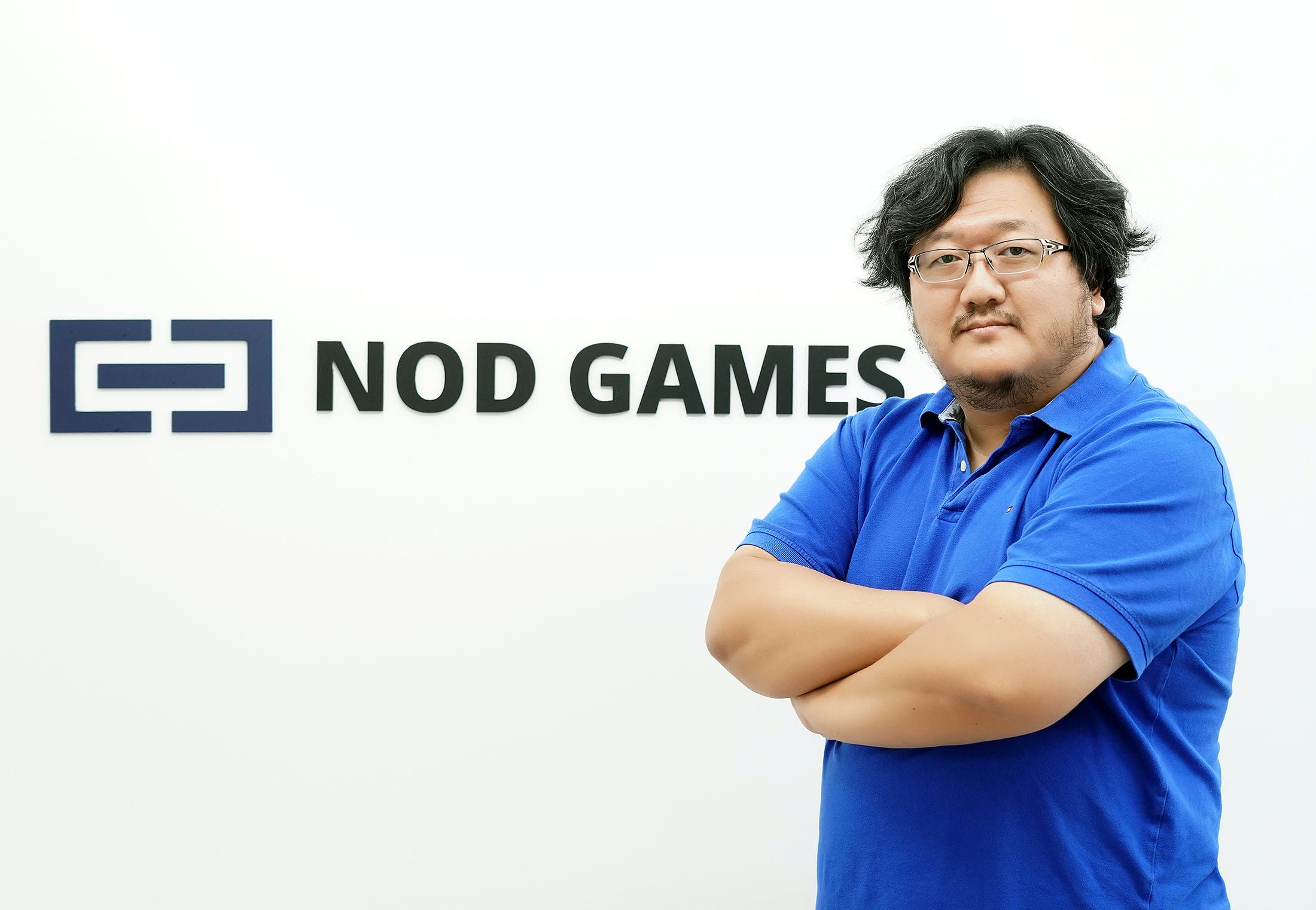 There were four important elements of Atlas that helped NOD Games to move fast, deliver a great customer experience and build a strong business:

The first was the visualized dashboard in MongoDB Atlas that gives actionable insights on costs, performance and efficiency at a glance. This empowered NOD Games to gather intelligence on business performance and continually analyze and improve the game. For example, the Performance Advisor within MongoDB Atlas helps NOD Games instantly identify slow database operations and take immediate action. The Advisor also suggests indexing optimizations, which helps improve the efficiency of the application as well as the gaming experience. Hwang also stressed that the team could quickly resolve customer issues with MongoDB’s Geolocation Query, which accurately displays a user location in latitude and longitude, something that's not possible with traditional databases.

The second key element was performance. MongoDB Atlas played an essential role in delivering a no-downtime gaming experience, which is crucial for any modern game. Hwang said the ability to quickly spin up new servers on MongoDB Atlas enabled NOD Games to provide reliable and fast service even when hundreds of thousands of gamers play at the same time. With MongoDB, NOD Games has not had a single server interruption, including seamless updates, since its launch. In particular, Hwang highlighted that MongoDB could move its region in real time so that users around the world can enjoy games without any downtime.

Another important factor, is of course, costs. “MongoDB Atlas reduced the huge cost of database management by 30% compared to traditional databases,” commented Hwang. The final factor is perhaps the most important, empowering developers. Hwang explained: "MongoDB’s document-oriented database helped our team of developers to significantly raise productivity by reducing time spent on coding and managing data, instead we could focus on crucial tasks. MongoDB's document database also has the flexibility to express various types of models such as RDBMS, Key-value, and Graph models, making it easy to apply throughout the game, including game characters, items and activity logs."

From a veteran developer with two decades of experience to those who are new to MongoDB, all members of NOD Games said MongoDB has created an environment where they can solely focus on development. Hwang also expressed his gratitude to the MongoDB Korea team who supported NOD Games with professional consulting, allowing the company to maximize the benefits of MongoDB solutions and focus on game development in a stable environment.

Riding on the NFTs and blockchain waves, League of Kingdoms has gained explosive popularity around the world since its launch. The game, powered by MongoDB Atlas, has grown to 43 servers with 100,000 daily active users (DAU). The business has been growing rapidly too, increasing its employee count by more than three times.

Following the success of its early games, NOD Games will take the lead in expanding the ecosystem with games based on other popular blockchain technologies in addition to the Ethereum currently in use. Furthermore, NOD Games aims to incorporate NFT and metaverse technologies into games so that users can trade game items and lands more freely, and to pioneer the ‘blockchain game platform market’. All of the future projects are planned to be built on MongoDB Atlas and AWS.

“NOD Games prioritizes an environment where users can enjoy the game itself, unlike other blockchain games focusing on money-making,” said Chanki Lee, CEO of NOD Games. “I believe NOD Games and MongoDB have similarities in terms of our developer-first mindset. The cooperation with MongoDB will serve as a stepping stone for NOD Games to become a blockchain game platform company in the future.”

“The cooperation with MongoDB will serve as a stepping stone for NOD Games to become a blockchain game platform company in the future.”