Parse provided a backend-as-a-service for hundreds of thousands of apps, running on top of MongoDB. The bad news is that Parse is winding down, but the good news is that there’s a clear migration path using the newly open-source Parse Server and MongoDB. You can provision both on AWS, and Cloud Manager and Elastic Beanstalk make the deployment process on AWS easier. We’ve written a Parse Migration Guide to help.

But as easy as we can make it, it’s still not as simple as Parse. We get it, and we’re here to help. If you want our help planning and executing your migration off of Parse, fill out the form on this page, and we’ll reach out to you. 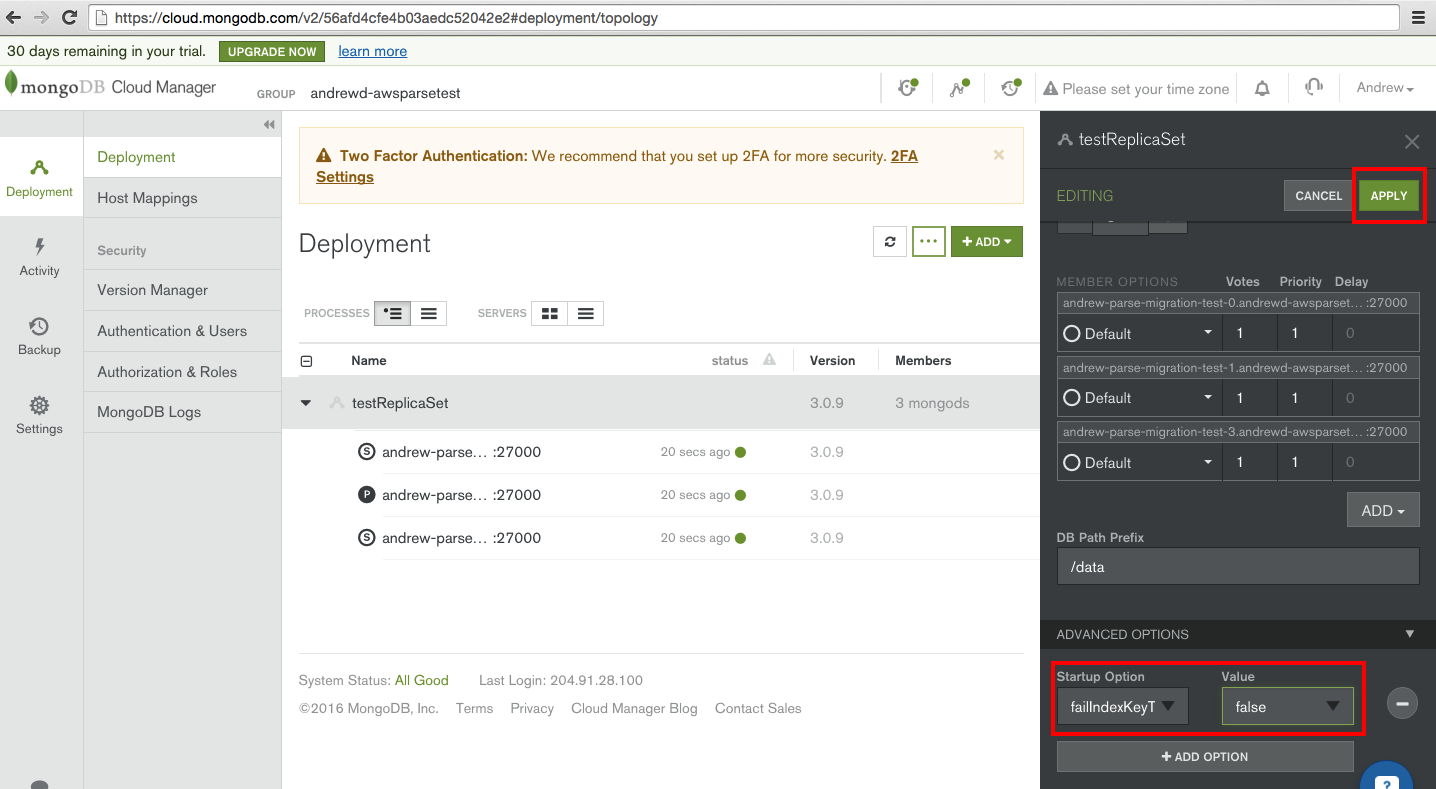