MongoDB and Redis are modern NoSQL databases. Even though they both fall under the same umbrella term—NoSQL—they have conceptually different storage models. MongoDB stores data on disk whereas Redis is an in-memory store.

In this article, we’ll explore the differences between the two databases and their use cases.

The following table should serve as a quick comparison guide between MongoDB and Redis.

MongoDB is the leading document database chosen by architects and developers for a wide variety of use cases. The key characteristics of MongoDB, built into it from day one, are:

MongoDB stores data on the disk in BSON (Binary JSON) records called documents. The documents have a flexible schema, meaning that the structure of the stored data can change over time. You can add new fields or remove existing ones by modifying the document.

Similar or related documents are grouped in collections. Documents in a single collection can have a different set of fields. Flexible schema doesn’t mean chaotic data, though—you can specify validation rules on your collections based on your application requirements.

Redis, shortened from Remote Dictionary Server, is an in-memory key-value store. Most of its advantages and disadvantages stem from this very definition.

What is an in-memory store?

In-memory means that data is stored on the host’s RAM (Random Access Memory) and not on disk. Reading and writing from the RAM is much faster than performing disk operations. This allows in-memory stores, such as Redis, to perform millions of requests per second.

The in-memory storage model comes with its disadvantages. RAM is a lot more expensive than disk storage and therefore not cost-effective for large data sets. Simply put, your data set is limited by the memory allocated for the Redis process.

What is a key-value store?

Key-value stores treat the data as a single collection. Each record in the collection is a pair—a key and a value associated with it. Keys must be unique as they are used to retrieve values.

The data types and allowed structures for keys and values are implementation-specific. For keys, Redis allows you to use binary safe strings up to 512 MB. For values, you can choose from a wider range of data structures. Among the supported types are strings, lists, sets, maps, and streams.

A disadvantage of using a key-value store, such as Redis, is that there’s no query language. Additionally, Redis doesn’t natively support secondary indexes. This limits your data access flexibility. If you need an access path to the data different from the primary key, you have to build and maintain your own indexes, storing them in the already limited memory.

Based on its configuration, Redis can be put to different uses—a cache, a session management system, or a message broker are among the most common ones. Due to the in-memory storage model shortcomings, it’s rare to use Redis as a system of record.

Redis is often used in combination with an on-disk database such as MongoDB. While the on-disk database is the primary storage solution, Redis may be used as a caching layer, or for performing real-time analytics.

If you’re already using MongoDB, you can achieve similar results without adding Redis to your system. MongoDB’s storage engine, WiredTiger, has an internal cache that may be enough to accommodate your application’s working set. In addition, MongoDB Enterprise Advanced offers an in-memory storage engine.

The most obvious difference between MongoDB and Redis is their conceptually different data storage model. Redis is an in-memory data store, while MongoDB’s default storage engine, WiredTiger, stores data on disk.

Despite being an in-memory store, Redis persists data on disk to ensure data durability. If the Redis process crashes and restarts, it can restore the data from the disk.

Redis offers different persistence options that can be adjusted to meet your application requirements. More frequent writes to the disk mean higher durability of the data, but also degraded performance.

The in-memory storage engine is not available for MongoDB Atlas. However, you can use NVMe SSD drives that offer more predictable latency than regular hard disk storage.

Another option is to increase the available RAM on your deployed cluster. WiredTiger, MongoDB’s storage engine, will use part of the memory for cache. For more information about in-memory use in MongoDB Atlas, check out the dedicated section in the in-memory database article.

Redis Cluster supports only hashed sharding. MongoDB offers different shard key strategies—ranged sharding, hashed sharding, and zoned sharding. You can choose the strategy that best suits the needs of your system. With Global Clusters in MongoDB Atlas you can set up sharded cluster zones to support geographically distributed applications. 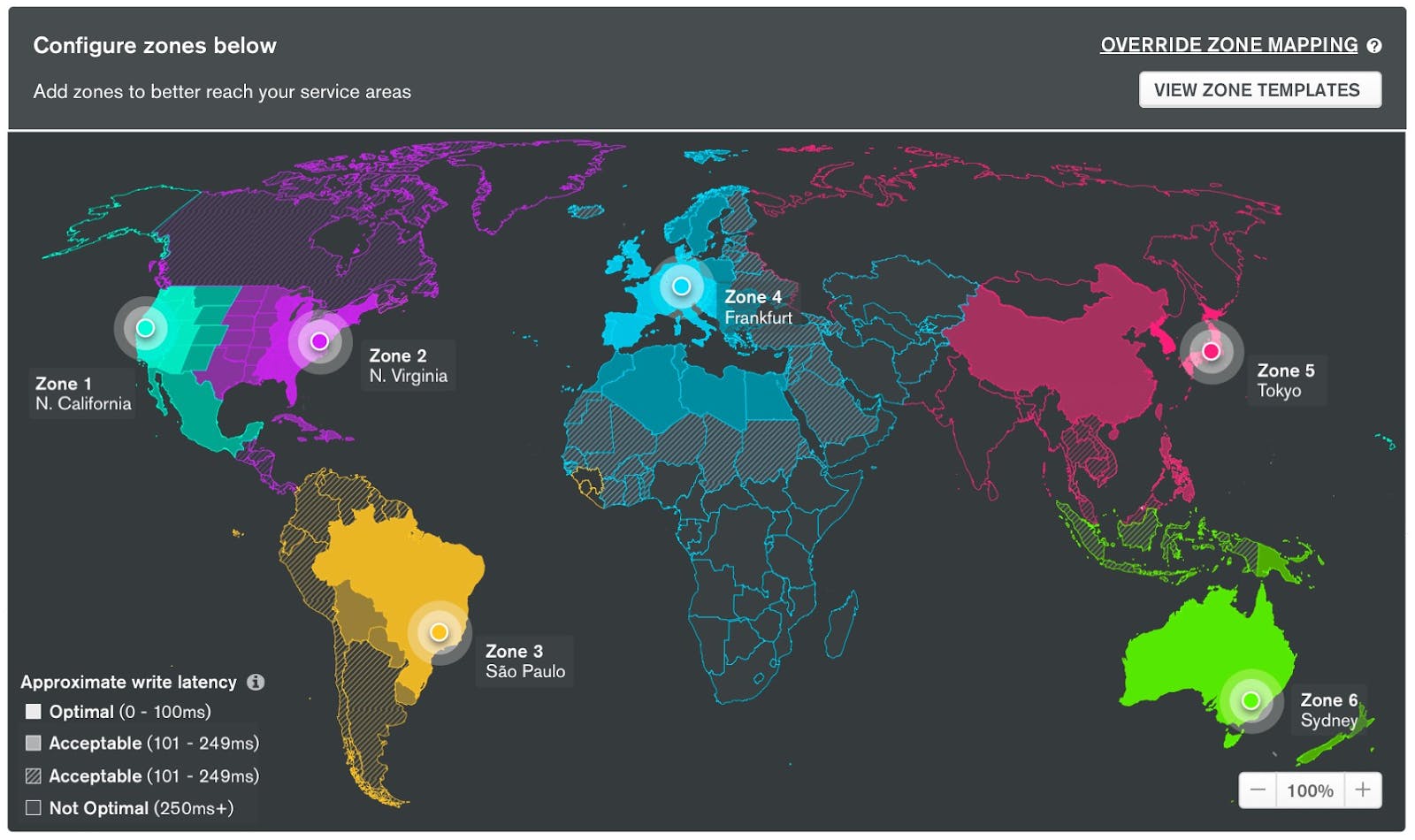 Redis Cluster doesn’t guarantee strong consistency, meaning that the cluster may lose data in case of a failure. MongoDB offers one of the strongest data safety and consistency guarantees among databases tested by Jepsen.

MongoDB is a general-purpose persistent database used as a primary storage solution by businesses in various industries. Redis is an in-memory data store that can be configured to work in different ways depending on your system’s needs.

You can achieve in-memory data store performance with your MongoDB database by:

When to use Redis vs MongoDB

Having conceptually opposing storage strategies—in-memory vs on-disk—Redis and MongoDB can serve different purposes in a system. Redis is best suited for querying real-time data when durability and consistency aren’t relevant. MongoDB is a general-purpose database solution that can also be effectively used as an in-memory store.

MongoDB can be optimized for intensive data access and uses cache mechanisms to achieve in-memory database performance. With that said, MongoDB can support real-time data access for most modern applications.

Can you use Redis with MongoDB?

Redis can be used as a cache, a message broker, or a session manager together with a persistent storage database such as MongoDB.