Welcome to part 2 of our 3-part MongoDB 3.0 blog series. In part 1 we covered the new MongoDB Ops Manager platform, demonstrating how it can reduce operational overhead by up to 95%. We also covered new security enhancements for authentication and auditing. In part 3, we’ll cover the new pluggable storage architecture and what WiredTiger brings to MongoDB performance and storage efficiency.

In this blog post, I’ll cover what is new for developers and DBAs, as well as new flexibility in deploying large-scale, globally distributed clusters.

Remember, if you want to get the detail now on everything MongoDB 3.0 offers, download the What’s New white paper.

Note: As the only backup solutions that offer cluster-wide snapshots of sharded clusters, Ops Manager and MMS are recommended for larger MongoDB deployments. Review part 1 of this blog series to learn more.

You can read more about each of these tools in the MongoDB Package Components documentation.

In the latest MongoDB 3.0 release explain() has been significantly enhanced:

Review the documentation to learn more about the new explain() functionality.

Many organizations rely on MongoDB for real-time analytics. Buzzfeed are one such customer who are looking forward to what MongoDB 3.0 has to offer:

“MongoDB powers our ability to make sense of big data and improve our decisions. The introduction of storage engines and improved concurrency in MongoDB 3.0 are significant milestones and we are excited for what these new features will allow us to build."
~ Buzzfeed

Richer Geospatial Apps: Big Polygon Support for Multi-Hemisphere Queries MongoDB’s geospatial indexes and queries are widely used by developers building modern location-aware applications across industries as diverse as high technology, retail, telecommunications and government. MongoDB 3.0 adds big polygon geospatial support with $intersects and $within operators, allowing execution of queries over geographic areas extending across multiple hemispheres and areas that exceed 50% of the earth’s surface. As an example, an airline can now run queries to identify all its aircraft that have traveled across multiple hemispheres in the past 24 hours. 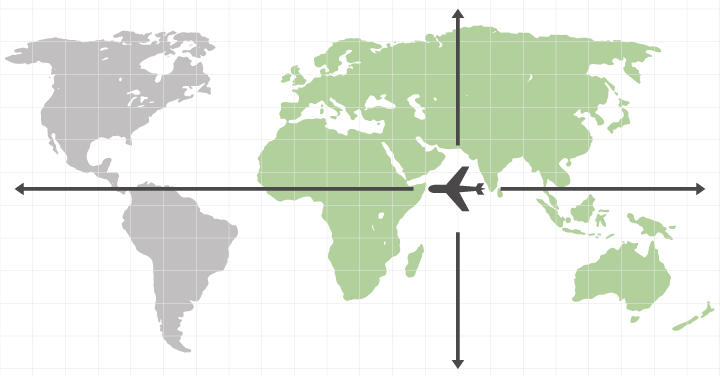 Documents can be grouped and analyzed by arbitrary dates and times. This grouping is especially useful in the analysis of time series data – for example reporting aggregated sales by hour for each SKU in a specific store.

You can learn more from the $dateToString documentation.

Faster Issue Resolution: Enhanced Logging Log analysis is a critical part of identifying issues and determining root cause. Now in MongoDB 3.0 developers, QA and operations staff have much greater control over the granularity of log messages and specific functional areas of the server to more precisely investigate issues.

Users can configure which specific components of the database should be exposed for higher definition logging, coupled with the addition of severity levels for each log message. For example:

Logging controls can be adjusted at run-time when specific diagnostics are needed, and can also be defined in the permanent configuration.

With the selective configuration of logging verbosity by server component, QA staff can expose more granular details of specific MongoDB internals without overwhelming either the systems or IT staff with extraneous log data. This coupled with more parsable logging output helps staff more quickly identify and resolve issues, whether in development, QA or production.

You can read more from the MongoDB log messages documentation.

Deploying Geo-Distributed, Datacenter-Aware Applications Delivering a low latency experience to customers wherever they are located is a key design consideration for distributed systems. Using MongoDB’s native replica sets, copies (replicas) of the database can be deployed to sites physically closer to users, thereby reducing the effects of network latency. Reads can be issued with the nearest read preference, ensuring the query is served from the replica closest to the user, based on ping distance.

Previously MongoDB supported a maximum of 12 members per replica set, which limited deployments beyond more than three or four remote offices (depending on the number of replica set members deployed per location).

MongoDB 3.0 now supports up to 50 members per replica set, enabling wider data distribution across a greater number of sites, and greater resilience through additional node redundancy at each location. As with earlier releases, seven members are eligible to vote in replica set elections.

In addition to broader data distribution, replica sets can also be configured with a greater number of members performing specialized tasks:

And of course, you can configure and deploy multi-region MongoDB replica sets with Ops Manager and MMS discussed in part 1 of this blog series.

That wraps up the 2nd installment in our 3-part MongoDB 3.0 blog series. If you’re considering updating your version of MongoDB, take a look at our Major Version Upgrade consulting services: