Welcome to part 4 of our MongoDB 3.6 blog series.

If you want to get the detail now on everything the new release offers, download the Guide to What's New in MongoDB 3.6.

Many organizations are turning to the cloud to accelerate the speed of application development, deployment, and data discovery. Replatforming to the cloud gives them the ability to enable self-service IT, to elastically scale resources on demand, and to align costs to actual consumption. But they are also concerned about exposing the business to deeper levels of lock-in – this time from the APIs and services of the cloud providers themselves.

Increasingly, users are demanding the freedom to run anywhere: private clouds in their own data center, in the public cloud, or in a hybrid model that combines the two. This flexibility is not available when they build on a cloud-proprietary database from a single vendor. Alternatively, the platform independence provided by MongoDB gives them the ability to respond to business or regulatory changes without incurring the complexity, risk, and time that comes from expensive database migrations whenever they need or want to transition to a new platform.

As a fully managed database service, MongoDB Atlas is the best way to run MongoDB in the public cloud. 2017 has already seen major evolutions in the Atlas service, with key highlights including:

MongoDB 3.6 is available as a fully managed service on Atlas, along with important new features to support global applications, and with automated scalability and performance optimizations.

MongoDB Atlas clusters can now span multiple regions offered by a cloud provider. This enables developers to build apps that maintain continuous availability in the event of geographic outages, and improve customer experience by locating data closer to users.

When creating a cluster or modifying its configuration, two options are now available:

Teams can activate both of the options outlined above in a single database to provide continuous availability and an optimal experience for their users. 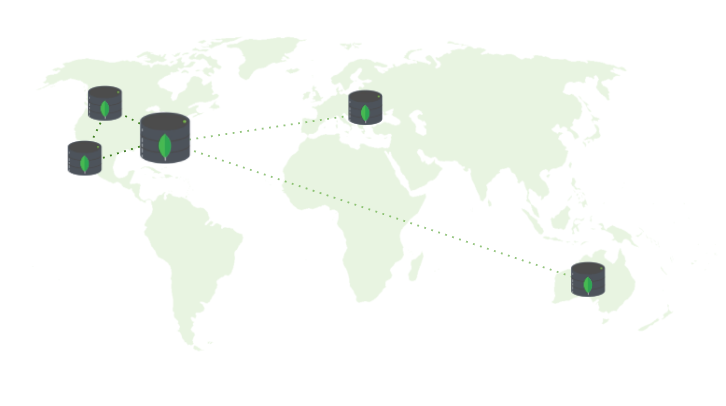 MongoDB Atlas now supports automatic scaling for the storage associated with a cluster, making it easier for you to manage capacity. Enabled by default, auto-scaling for storage detects when your disks hit 90% utilization and provisions additional storage such that your cluster reaches a disk utilization of 70% on AWS & GCP, or a maximum of 70% utilization on Azure. This automated process occurs without impact to your database or application availability.

In addition to auto-storage scaling, the new Performance Advisor discussed earlier for Ops Manager is also available in MongoDB Atlas, providing you with always-on, data-driven insights into query behavior and index recommendations.

New enhancements to MongoDB Atlas make it the optimal cloud database for spinning up and running test and development environments efficiently.

That wraps up the final part of our what’s new blog series. I hope I’ve helped demonstrate how MongoDB 3.6 helps you move at the speed of your data. It enables new digital initiatives and modernized applications to be delivered to market faster, running reliably and securely at scale, and unlocking insights and intelligence ahead of your competitors.

And you have the freedom to run MongoDB anywhere – on-premises, public cloud, and as a service with MongoDB Atlas available on AWS, Azure, and GCP.

If you want to get the detail now on everything the new release offers, download the Guide to What's New in MongoDB 3.6.

MongoDB Atlas, the managed MongoDB service , now allows you to pause and restart your database clusters. This makes it easy and affordable for you to integrate MongoDB into DevOps workflows where always-on access to the underlying data is not required — e.g. development or testing. When combined with Atlas’s fully managed backup service, this new functionality allows you to seamlessly create multiple environments for development and testing while keeping infrastructure and operational costs to a minimum. For example, you could restore a subset of your production data (using queryable snapshots) to a smaller database to try out new features introduced in MongoDB 3.6 . You can even restore to different Atlas Projects, regions, or clouds to give different members of your organization local access. And now with the pause cluster feature, your development and testing teams can easily stop any databases when they’re not being used. Pausing and resuming a cluster requires just a few clicks in the Atlas UI or a single call with the Atlas API. When the cluster is paused, you are charged for provisioned storage and any associated backups, but not for compute instance hours associated with your Atlas cluster. Clusters can be paused for up to 7 days. If you do not resume a paused cluster within the 7 day window, Atlas will automatically resume the cluster. The pause/resume feature is now available for all dedicated instance sizes (M10 and above) in every supported region on AWS, Microsoft Azure, and Google Cloud Platform. Larger Max Instance Size on AWS (M200) MongoDB Atlas now supports a larger instance size on Amazon Web Services. The new M200 clusters are designed for the most demanding production workloads and peak hours of activity. Each instance features 64 vCPUs, 256 GB of RAM, and 1500 GB of storage included, with 25 Gigabit network connectivity. M200 instances are available in all 14 AWS regions supported by MongoDB Atlas. Not an Atlas user yet? Get started with a 512MB database for free.