Want to try out MongoDB on your laptop? Execute a single command and you have a lightweight, self-contained sandbox; another command removes all traces when you're done.

Need an identical copy of your application stack in multiple environments? Build your own container image and let your development, test, operations, and support teams launch an identical clone of your environment.

Containers are revolutionizing the entire software lifecycle: from the earliest technical experiments and proofs of concept through development, test, deployment, and support.

The rich functionality, simple tools, and powerful APIs make container and orchestration functionality a favorite for DevOps teams who integrate them into Continuous Integration (CI) and Continuous Delivery (CD) workflows.

This post delves into the extra challenges you face when attempting to run and orchestrate MongoDB in containers and illustrates how these challenges can be overcome.

Running MongoDB with containers and orchestration introduces some additional considerations:

As described in the previous section, distributed databases such as MongoDB require a little extra attention when being deployed with orchestration frameworks such as Kubernetes. This section goes to the next level of detail, showing how this can actually be implemented.

We start by creating the entire MongoDB replica set in a single Kubernetes cluster (which would normally be within a single data center – that clearly doesn't provide geographic redundancy). In reality, little has to be changed to run across multiple clusters and those steps are described later.

Each member of the replica set will be run as its own pod with a service exposing an external IP address and port. This 'fixed' IP address is important as both external applications and other replica set members can rely on it remaining constant in the event that a pod is rescheduled.

The following diagram illustrates one of these pods and the associated Replication Controller and service. 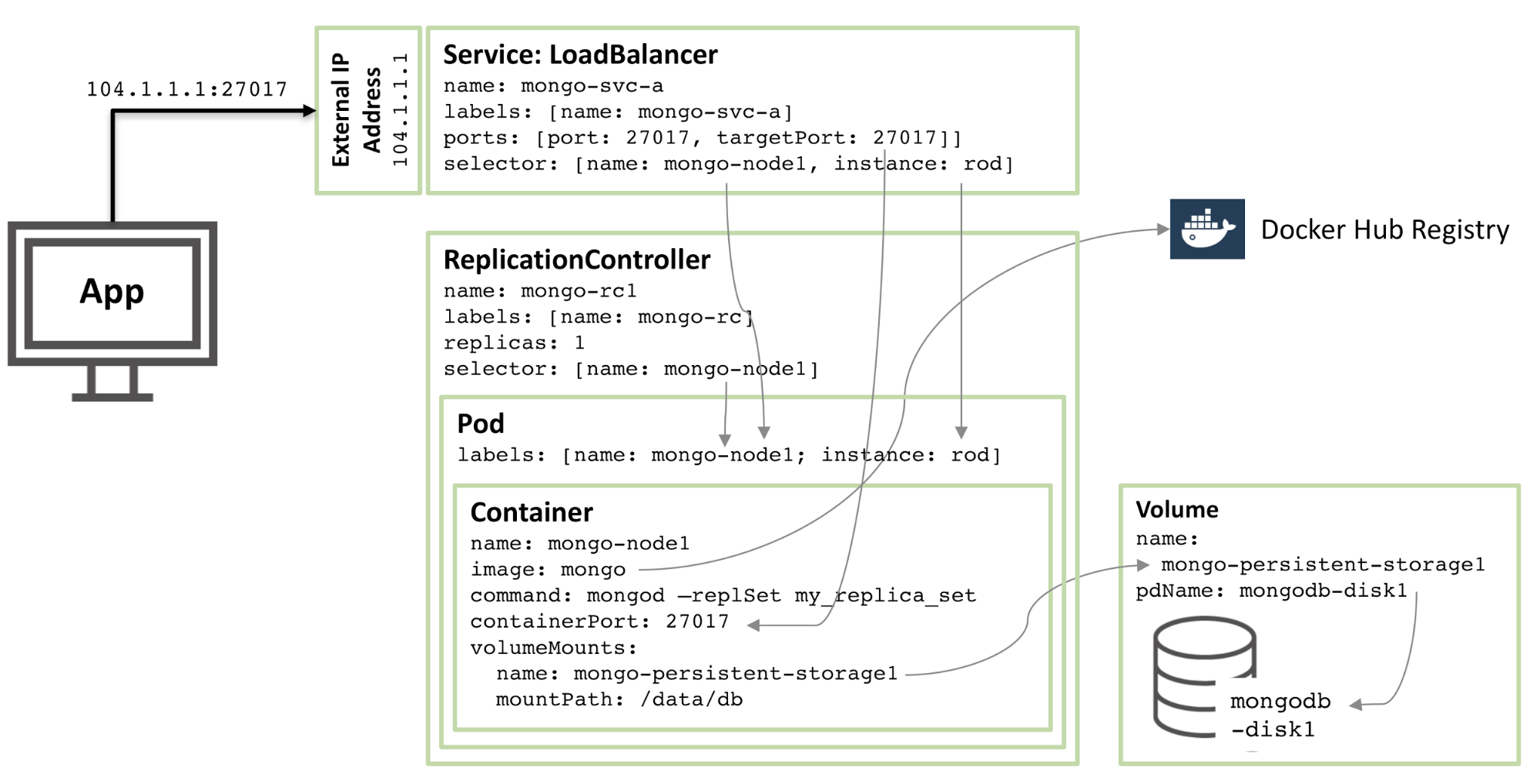 **Figure 1:** MongoDB Replica Set member configured as a Kubernetes Pod and exposed as a service

Stepping through the resources described in that configuration we have:

The next diagram shows the configuration for a second member of the replica set. 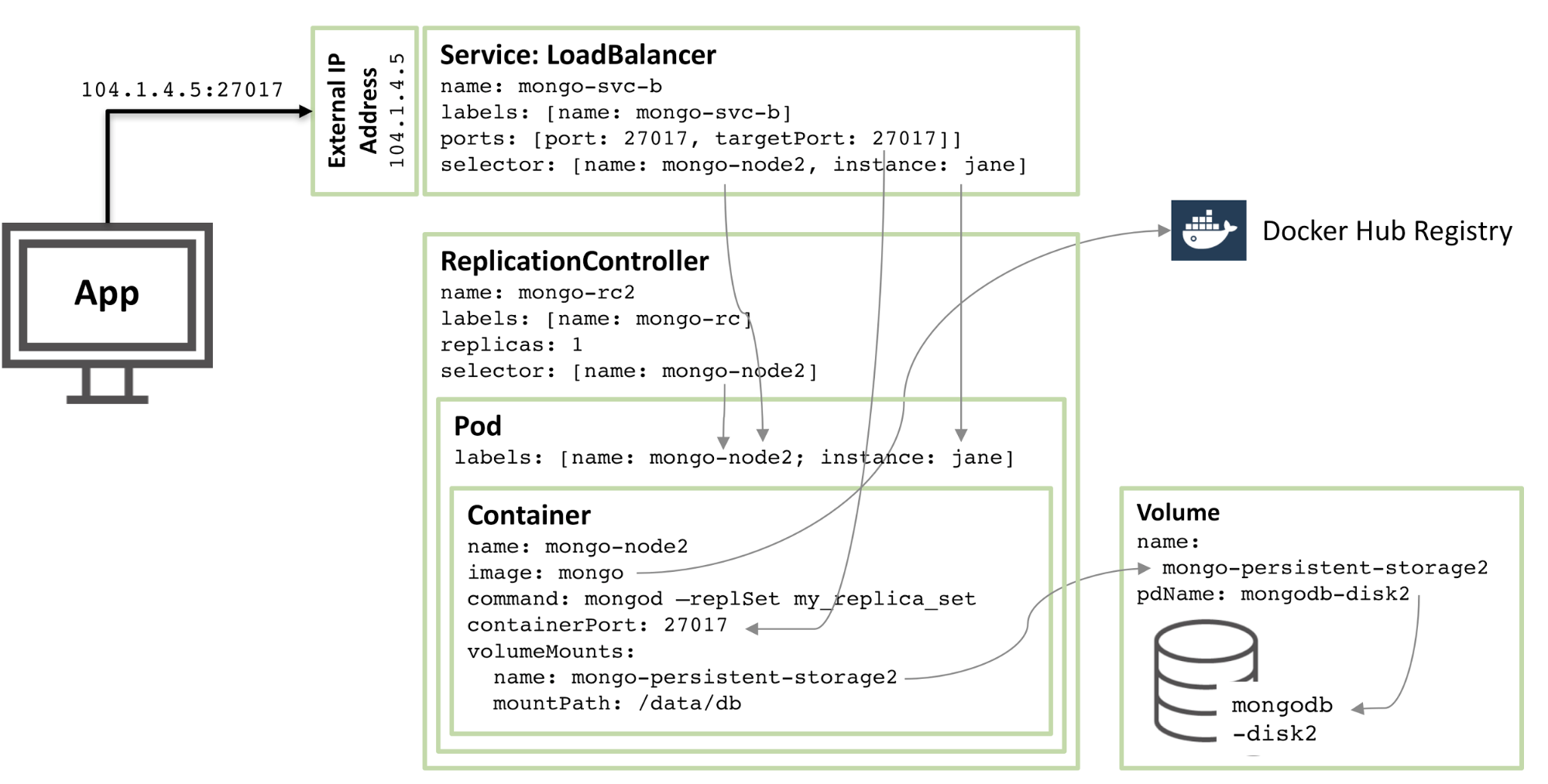 90% of the configuration is the same, with just these changes:

The configuration of the third replica set member follows the same pattern and the following figure shows the complete replica set: 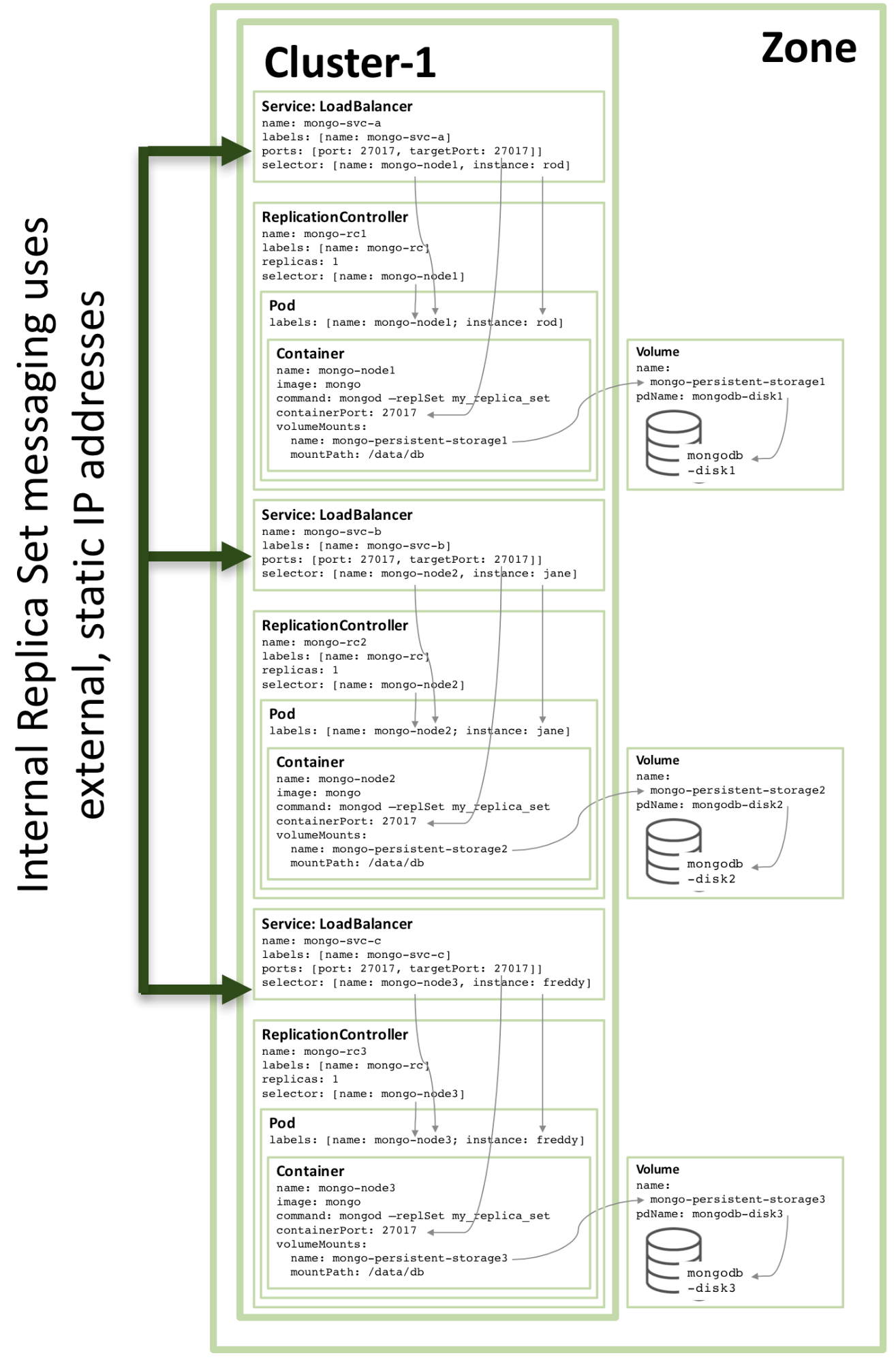 Note that even if running the configuration shown in Figure 3 on a Kubernetes cluster of three or more nodes, Kubernetes may (and often will) schedule two or more MongoDB replica set members on the same host. This is because Kubernetes views the three pods as belonging to three independent services.

To increase redundancy (within the zone), an additional headless service can be created. The new service provides no capabilities to the outside world (and will not even have an IP address) but it serves to inform Kubernetes that the three MongoDB pods form a service and so Kubernetes will attempt to schedule them on different nodes.

The actual configuration files and the commands needed to orchestrate and start the MongoDB replica set can be found in the Enabling Microservices: Containers & Orchestration Explained white paper. In particular, there are some special steps required to combine the three MongoDB instances into a functioning, robust replica set which are described in the paper.

Surprisingly little needs to change in order to create a similar replica set that is split between three zones – which requires three clusters. Each cluster requires its own Kubernetes YAML file that defines just the pod, Replication Controller and service for one member of the replica set. It is then a simple matter to create a cluster, persistent storage, and MongoDB node for each zone.

To learn more about containers and orchestration – both the technologies involved and the business benefits they deliver – read the Enabling Microservices: Containers & Orchestration Explained white paper. The same paper provides the complete instructions to get the replica set described in this post up and running on Docker and Kubernetes in the Google Container Engine.

Andrew is a Principal Product Marketing Manager working for MongoDB. He joined at the start last summer from Oracle where he spent 6+ years in product management, focused on High Availability. He can be contacted @andrewmorgan or through comments on his blog (clusterdb.com).

MongoDB 3.0.11 is out and is ready for production deployment. This release contains a critical fix for chunk migrations in sharded clusters, and it&rsquo;s a recommended upgrade for all 3.0 users. For more details please see https://jira.mongodb.org/browse/SERVER-23425 Fixed in this release: P2 SERVER-23425 Inserts during chunk migration get deleted in 3.0.9, 3.0.10 3.0 Release Notes | Downloads As always, please let us know of any issues. &ndash; The MongoDB Team We&rsquo;ve released MongoDB 3.0.11 for production deployment. This is a recommended upgrade for all 3.0 users. Below is the announcement that went out to the community. Enterprise builds are available here . &ndash; The MongoDB Team