In November, a group of rising tech stars attended the first annual MongoDB Europe as part of the MongoDB Diversity Scholarship program.

The MongoDB Diversity Scholarship is one of our initiatives to change the ratio in technology. At MongoDB Europe, the Diversity Scholars got complimentary admission to the conference, a lunch sessions with other Scholars, and speed mentoring with MongoDB speakers. Additionally, they received a MongoDB certification voucher and three-month access to on-demand MongoDB University courses.

Read on to meet the MongoDB Europe 2016 Diversity Scholars, and to find out how you can apply to the scholarship at MongoDB World in Chicago, June 20-21, 2017. 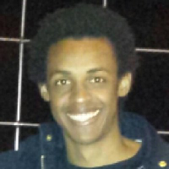 I’m originally from Senegal and came to France to pursue my higher education. Currently, I’m a Software Engineer at a consulting company, where I help the teams to develop their technical level through Software Craftsmanship.

How I started using MongoDB: Like the majority of developers, I come from the world of SQL. I discovered MongoDB through a discussion with a colleague. At the same time, my company wanted to build skills in the field of NoSQL, so I registered on MongoDB University to learn the technology. After that, I passed the DEV certification, followed by the DBA certification.

My giant idea: I would like to work on a Big Data project where you can use all the power and flexibility offered by MongoDB. It would be interesting to work on use cases such as IoT or Single View. -- @EnamsuoBarry 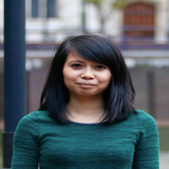 My giant idea: Recently, I’ve become very interested in cryptocurrencies such as Bitcoin. I’d like to analyze transactions on the blockchain. For that, I’d like to use MongoDB to easily query for transactions. -- @nhimkova 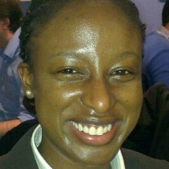 I’m a Database Analyst living in London, currently on a 6-month secondment as a Data Architect.

How I started using MongoDB: I wanted to learn MongoDB and got started with the free M102 course on MongoDB University. M102 was a good introduction to how the database works.

My giant idea: My goal is to complete the next MongoDB University course, M202. I’m looking forward to MongoDB releasing a sandbox area for those working in operations that are charged only with maintenance of the database.

I also love the fact that MongoDB provides a Diversity Scholarship to encourage more involvement in technology by underrepresented groups, and hope to be able to contribute back to the community one day.

Want to attend MongoDB World on a Diversity Scholarship?

The Diversity Scholarship is now open for [MongoDB World](https://www.mongodb.com/world17 "MongoDB World"). If you’re a member of an underrepresented group in technology, you can apply today!
Apply Now

In July 2016, Sarah Branfman , Amie Darboe , and Sarah Dart , members of the sales team at MongoDB, brainstormed ways to help fill the gender gap in sales and technology roles. The result was Power Heels, an organization that empowers women to maximize their potential, professionally and personally, in a safe environment. Since its inception, PowerHeels has partnered with organizations like Dress for Success and Safe Place. Members include technology and business professionals, university students, and women looking to change careers. On December 6, 2016, Power Heels hosted its first annual holiday party at IBM Design Studio in Austin. More than just a networking event, the event featured the following career building activities: Build Your Profile : Resume writing and building a stunning LinkedIn profile Look the Part : Hair styling, makeup, and professional headshots Talk the Talk : Mock interviews and feedback led by business leaders from some of Austin’s hottest companies Additionally, attendees were encouraged to bring donations for Dress for Success. Over 85 items were donated over the course of the event. ![MongoDB Power Heels](https://webassets.mongodb.com/_com_assets/cms/MongoDB_PowerHeels_Team-5u4v97yc1m.png "MongoDB Power Heels") *The Power Heels team* The event was as much fun as it was valuable. Joanne Kim , a college senior whose job search hadn’t been as successful as she expected it to be, came to the event to get interview advice from experts. She said, “my favorite part of the event was the mock interview. I was able to hear what recruiters think and understand what they look for in a candidate. The party setting made it casual, yet I was able to get useful advice from HR professionals.” Joanne left the holiday party feeling more confident about her job search process. ![MongoDB Power Heels interviews with attendees](https://webassets.mongodb.com/_com_assets/cms/MongoDB_PowerHeels_Interview-jxu2tzqwlb.png "Power Heels interviews with attendee") *MongoDB’s [Emily Friedman](https://www.linkedin.com/in/emilywilliamson1?authType=NAME_SEARCH&authToken=gP5L&locale=en_US&trk=tyah&trkInfo=clickedVertical%3Amynetwork%2CclickedEntityId%3A27252290%2CauthType%3ANAME_SEARCH%2Cidx%3A1-1-1%2CtarId%3A1481734465381%2Ctas%3Aemily%20fried "Emily Friedman") conducting a mock interview with an attendee* According to Amie, Power Heels is about building a sisterhood of fierce women – and men, “because #allies” – who want to go far in their careers. It’s a group of people who work together to bring other women up and who are open to receiving support. MongoDB’s Taelen Lewis is one of those allies. During the event, attendees could purchase raffle tickets. The grand prize was a two-hour photo shoot by The Perfect Headshot . Taelen won the grand prize, but chose to auction it off to highest bidder and donated the proceeds to Power Heels. His reasoning? “As an oldest brother to three younger sisters, I love to see an organization empowering women to realize their potential and to be given equal opportunities,” he said. “I’m a big fan of Power Heels, so I’m happy to support.” Taelen won’t be getting an updated headshot soon, but thanks to the Look the Part station at the event, almost all of the women who attended got a brand new photo for their LinkedIn profiles. ![MongoDB Power Heels Look the Part station](https://webassets.mongodb.com/_com_assets/cms/MongoDB_PowerHeels_LookthePart_Station-zymz1n5hx0.png "Look the Part station") *An attendee getting her hair done at the Look the Part station* At the Look the Part station, attendees could also get their hair and makeup done. Nina, a team member at Naava - who provided the glam services at the event - said she learned about Power Heels when she was going through a challenging time. Recently divorced and jobless, Nina went to Dress for Success, where she received the resume and interview help that led to her current role. When she heard about the opportunity to give back through Power Heels, she jumped on it. She stated, “You never know how much you’re impacting someone’s life by offering resume help or giving them business attire. It might seem like a small thing to do, but enabling someone to perform well in an interview can turn someone’s life around.” Her staff had been working since 8am that morning, but insisted they come to contribute to the event. ![MongoDB Power Heels networking](https://webassets.mongodb.com/_com_assets/cms/MongoDB_PowerHeels_Networking-d3g595wef6.png "Power Heels attendees networking") *Power Heels attendees networking* Throughout the evening, attendees made new connections, edited their resumes, improved their online presence, and explored different ways to respond in an interview. This experience is what the women of MongoDB had in mind when they created Power Heels. Sarah B. didn’t want the holiday party to be just that, a gathering where attendees hand out business cards, take advantage of free food and drink, and go home with nothing actionable. “These events can rob you of your time and leave you unfulfilled,” she said. “While the Power Heels holiday party had its fair share of drinks, food and merriment, nobody left empty handed and without a next step to improve their career.” See the Power Heels holiday party photo recap . The MongoDB Power Heels team will soon expand in other states. Want to get involved by becoming a member or sponsoring an event? Let us know! You won’t regret it. In Sarah B.’s words, “We don't just shmooze, we get [things] done.” Thank you to the MongoDB Power Heels advocates, who sponsored the event : **|** [Safe Place](http://www.safeaustin.org/safeplace/ "Safe Place") **|** [The Perfect Headshot](http://www.theperfectheadshot.com/ "The Perfect Headshot") **|** **|** [Breaking the Glass](https://www.meetup.com/Breaking-the-Glass-Womens-Networking-Group/ "Breaking the Glass") **|** DJ Chido Machine **|** **|** [IBM Design Studio](https://www.ibm.com/design/studio.shtml "IBM Design Studio") **|** [Moojo](http://moojo.net/ "Moojo") **|** **|** [OwnYourSpot](https://www.yallzi.com/ownyourspot/#/shared/5847a3f6e4b0088800c78c6a "OwnYourSpot") **|** [Kendra Scott](http://www.kendrascott.com/ "Kendra Scott") **|** **|** [NAAVA](http://www.naava.com/ "NAAVA") **|** [Nothing Bundt Cakes](http://www.nothingbundtcakes.com/bakery/tx/austin-westlake "Nothing Bundt Cakes") **|** **|** [Jet’s Pizza](https://online.jetspizza.com/r/jetspizzatx004.html "Jet's Pizza") **|** [Topo Chico](http://www.topochicousa.net/#default "Topo Chico") **|** **|** [JuiceLand](http://www.juiceland.com/ "Juice Land") **|** [Lick Honest Ice Creams](http://www.ilikelick.com/ "Lick Honest Ice Cream") **|** **|** [Tito's Handmade Vodka](http://www.titosvodka.com/ "Tito's Handmake Vodka") **|** [Big Frog Custom T-Shirts](http://www.bigfrog.com/southaustin/ "Big Frog Custom T-Shirts")**|**