We're excited to introduce you to Stacy Ferranti, our Campus Recruiting and University Relations Manager. 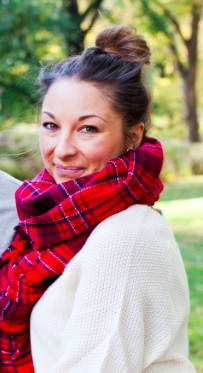 I manage our Campus Recruiting and University Relations program. I recruit current students and recent graduates to join our summer internship or new grad program. I focus mostly on software engineers and tech recruits. Once the interns and new grads arrive, I manage the summer program and new grad rotational program. I liken what I do to the NFL draft: bringing up college kids to the pros.

I studied International Politics in school and I thought I’d move to DC and change the world. I took a 180 and moved to Hong Kong instead to live abroad and be young and reckless for a while. After coming back to the states I kind of fell into recruiting. Right before I came to MongoDB I worked for Gap Inc. in their Talent Management Department.

When I decided to move to New York, I contacted my network here. A few people I knew at Sequoia Capital referred me to MongoDB. The company had about 30 people at the time and the office was small and a bit intimidating. But after my first interview something sparked; I knew this company was going to be huge and I had to be here no matter what.

How did you learn how to pitch MongoDB to students and developers after starting?

I actually learned a ton from our co-founder and CTO Eliot Horowitz; he took the time to teach me what a database was and how ours was different. I persistently had lunch with our engineers and asked them to tell me about what they did. But I also spent a lot of time researching on Google, and following the philosophy of “fake it ‘til you make it”.

I’m from a small mountain town in Southern California called Lake Arrowhead, but since I spent so much time in San Francisco, I consider that my second home.

I take the subway and brave the crowds at both Grand Central and Times Square. I have to put on my game face for every commute: every woman for herself! I have a bad habit of taking cabs when there is any hint of inclement weather. I hate the rain.

Fall and spring are very busy since I could be at any number of college campuses across the country; I travel a lot during the recruiting seasons. When I’m not travelling, a typical day would start at 6am when I get up to work out. I go back home for a cup of coffee and start checking my emails. Inevitably I get lost in my emails and don’t get to the office until much later than I had planned. Once I’m in the office, I try to practice time blocking. The morning consists of reading student emails (which always seem to be sent between 12 and 4 am) reviewing resumes, and contacting candidates. I’m usually on the phone from 1 to 6 pm or later. In the summers, I spend the entire day running the internship program and planning for the upcoming fall.

What’s the most interesting thing you’ve seen on a resume?

I’ve seen some pretty interesting stuff on resumes. A lot of chess champions, and body-builders, people doing standup comedy, many people claiming to be connoisseurs of various types of food.

I love the collaboration, transparency, and shared interests and passions I have with my co-workers. MongoDB is creating disruptive technology by developers for developers—it’s not social networking or a fleeting technology that no one will have heard of 10 years from now—which is really important to me. And the people I work with are absolutely amazing.

In a world of instant gratification, shiny things, and over the top perks at tech companies it’s so challenging to convey what actually matters in life to college students.

I love seeing our summer interns turn into full time employees. When they get shout outs in our company-wide emails for the work they do, it puts me on cloud nine and makes all the long hours and travel beyond worth it!

I am surprisingly good at identifying and imitating American regional accents. My favorite is Minnesotan.

Books. I’m old school. I love just about anything from John Steinbeck or Annie Proulx. But my favorite book is The Story of Edgar Sawtelle. I really enjoy stories about humans being humans, especially when the ending isn’t particularly happy.

When I romanticize New York, it’s perpetually fall (when I think New York is most beautiful). I’d start with Friday night dinner at my neighborhood Italian spot with nothing to do the next morning. Then I’d get up early and have coffee at home, leave the house with no agenda and get lost in the city. I’d spend the day discovering new neighborhoods, new restaurants, etc. And if it’s football season, it’s football Sunday (49ers all the way!)

I’m always in search of the perfect Bloody Mary or Michelada.

What ‘s your dream honeymoon?

(Stacy is getting married in July!)

Ideally somewhere warm and tropical where I would have nothing to do but enjoy the company of my new husband!

If you're interested in joining the MongoDB Team there are a number of open positions available in Engineering, Sales, Marketing, and Business Development. To learn more about open roles at MongoDB, please visit the MongoDB Careers Page.

Meet Dan Pasette: VP of Engineering for the Server Team