I sat down with Matt Fairbrass, Senior Software Engineer based on MongoDB’s Sydney, Australia team. During our chat, we talked about his experience working in Engineering, how he makes a direct impact on our products, and why this is a great environment for engineers to thrive. 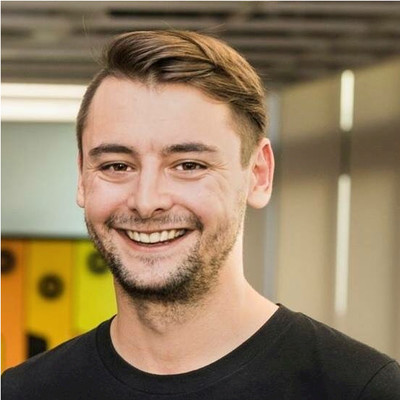 Jess Katz: It sounds like you’ve had a pretty exciting experience working on our Engineering team. Before we dive into that, I’d love to hear how you got your start in technology prior to joining MongoDB.

Matt Fairbrass: Before MongoDB, I worked in FinTech for just over four and a half years as an engineering consultant, building solutions for the foreign exchange and equities markets. I learned a lot during this period of my life; I honed my craft as a frontend developer, developed strong communication and presentation skills, and was afforded the incredible opportunity to move from the UK to Australia.

But after a while, I found the work becoming a little repetitive. I realized I was missing the feedback loop that comes with building your own product.

As a consultant, I met with clients to discuss the problems they were trying to solve, worked with them to build a solution, and then handed over the finished product at the end of the engagement. Then it was onto the next engagement. Rinse and repeat. I had no real insight into whether the solution we had built for the client was actually improving their business, whether they were happy with the product in the long-term, or if they were even still using it. The feedback loop was missing.

Then, with almost perfect timing, an internal recruiter at MongoDB reached out to me with an opportunity to change all of that. Fast-forward through the interview process, and just like that, I switched from consulting in FinTech to joining the Product Engineering team at MongoDB as a Senior Software Engineer. And the rest, as they say, is history.

JK: How has your experience at MongoDB differed from your previous role so far?

MF: The biggest difference has been participating in that feedback loop I’d mentioned previously. It is central to how we build products at MongoDB, and on the MongoDB Charts team, it has guided us when deciding on which features to build next and how they should work.

I love hearing from our customers about how they are using our products, listening to their success stories and their feedback, and finding ways to work with the Product team to incorporate these suggestions incrementally into the updates we release.

JK: In your three years of being here, what makes you most excited? How has your team grown?

MF: As an engineer, what excites me the most about MongoDB is being part of what I see as a fundamental shift away from a 40-year-old relational database technology–a technology that had been created pre-cloud, pre-mobile, and even pre-internet–to a modern document database technology designed to solve the problems of today, not yesterday. And it’s supported by a modern data platform, MongoDB Atlas, that is equipped with the best-in-class tools to help customers store, scale, query, and analyze their data.

Regarding the MongoDB Charts team, what excites me the most is thinking about how far we have come as a team, and how much every member has grown.

The team was small when I joined about three and half years ago, consisting of only three people, with me being the fourth member. Now, we’re a multifaceted team of eleven (soon to be fourteen) that comprises engineering, design, product management, and program management skillsets.

We realized two things during this time. First, MongoDB Charts could provide more value as a standalone product. And second, trying to coordinate and distribute work across three time zones was becoming more of a challenge each day.

This also meant we had to rewrite MongoDB Charts almost from scratch to turn it into a standalone product, which was really scary. But looking back on it, I think it was the right decision. It has only strengthened and benefited both of the product teams going forward.

Currently, the MongoDB Charts team works fairly autonomously owing to the wide range of disciplines we have within our team who are all located in Australia. This has allowed us to focus more on the day-to-day stuff, iterate more quickly, and to become more agile as a team. Take a look at Episode 20 of the MongoDB Podcast where my colleague, Tom Hollander, and I discuss the product.

Seeing the growth of the team first-hand and the product offerings we’ve built has been a truly special experience.

JK: You say the Sydney team works somewhat independently. How would you describe the team culture?

MF: Allow me to clarify, when I say we work “independently,” I mean from a time zone perspective. We still heavily work and collaborate with our North America colleagues, especially with the members of the MongoDB Realm and MongoDB Cloud teams, and we have built a rhythm for working remotely together. Our situation isn’t uncommon. Many teams based here in Australia have also had to find ways of optimizing their workflow to handle the differences in time zones with our other globally distributed teams.

That aside, MongoDB Charts is one of the best teams I’ve had the privilege of being a part of. There isn’t a day that goes by where we don’t make each other laugh. Sometimes my face hurts from just how much I have been laughing, and it’s one of the many reasons why I enjoy working for MongoDB.

This culture also extends beyond the MongoDB Charts team to the Sydney office, and to the broader company as a whole. We all come from a variety of backgrounds, ranging in experiences, ages, and so on. It fosters a creative environment where everyone is free (and encouraged) to contribute different ideas and perspectives. And through collaboration, we find new and interesting ways to tackle the problems before us.

You are also exposed to a variety of different interests, hobbies, and activities. For instance, I’m a huge Dungeons & Dragons nerd, and I am running a three-year campaign for some of my colleagues, most of whom had never played prior to the start of the campaign. We get together every two weeks to play this role-playing game and to tell a collaborative story which has really helped to forge strong bonds with one another outside of the game as well. Before COVID-19 hit, we also ran office-wide activities such as table-tennis and pool tournaments, as well as hosted BBQs on our balcony when the weather was good. I’m looking forward to a time where we can all return to that environment, and I dare say we’ll have a big party to celebrate!

Overall, MongoDB is a very accepting place, and everyone gets along really well.

JK: I love that! Fun aside, how have you grown professionally?

MF: I’ve certainly improved as an engineer, and that’s thanks to having a great team and outstanding leaders who coach and support us. Thomas Rueckstiess has been a great manager and mentor to me. He’s phenomenal at helping us with our development goals, and his guidance and empathetic leadership style has helped me to grow both as a person and as an engineer.

One of my personal highlights since joining the company was being encouraged to present a live demo at MongoDB World 2019. The presentation I delivered was particularly memorable because it involved making a cup of tea live on stage while simultaneously demonstrating it is far easier and quicker to get started with MongoDB Charts on Atlas than it is to make the perfect cup of tea.

In short, by joining MongoDB, you'll be challenged professionally, technically, and creatively. You will develop in ways you probably didn’t expect and will also have a lot of fun doing it!

For example, you may have only ever viewed yourself as an engineer, but by joining MongoDB, you will find yourself in an engaging, creative, and collaborative environment. Thus, you just might discover the confidence to expand your skills beyond code. It’s about who you surround yourself with. The culture we promote here is so diverse and mixed that you’ll find yourself trying new things every day. It’s a perfect environment to help you develop and grow.

JK: That sounds like a good opportunity for engineers who don’t want to feel stagnant in their jobs. Why else would someone be interested in working here?

MF: I think really it boils down to culture. For me, even as a public company, MongoDB hasn’t lost its culture or its core values. In my opinion, MongoDB is one of the few companies that demonstrates these core values on a day-to-day basis as well. Our values aren’t just there as aspirational things or to make us feel better about ourselves. Every person in the company actually lives, breathes, and thinks about these values every day and in every single interaction we have.

You can also directly see the impact your work has. Whether that’s choosing a particular technology stack or framework, improving our working processes, or supporting a good cause, MongoDB fosters an environment that encourages everyone to be their authentic and best selves.

Finally, MongoDB cares about its community and its customers. We love hearing how our customers are using MongoDB to transform their businesses, and we welcome everyone to participate in the conversation on how we can improve any of our products here: https://feedback.mongodb.com

Interested in pursuing a career at MongoDB? We have several open roles on our teams across the globe, and would love for you to build your career with us!

Large enterprises need to refresh their digital strategies to handle the growing demand, emerging competition, and ground dynamics. Infosys and MongoDB started working jointly to help these large organizations reach their full potential by focusing on data modernization. With inputs from MongoDB, Infosys teams have developed a framework called Infosys Data Services Suite ( iDSS ), which allows users to move data from various siloed and legacy relational systems to MongoDB, the most popular document-based modern data platform in the world. By working with iDSS, enterprises can maintain business continuity while seamlessly adapting to the modern demands of analytics and data growth. iDSS is a no-code framework specifically designed and developed to move data from legacy relational systems to MongoDB in an efficient and cost-effective way to ensure predictability, reduced total cost of ownership (TCO), increased productivity, and faster time to market. Because the relational and document model are two opposing database models, you may logically ask How is it possible to map the rows and columns of a relational database to the JSON-like structure of MongoDB? Agreed. Moving data from a relational database management system (RDBMS) to MongoDB is not a trivial task, and that is why experts from Infosys designed iDSS. The tool works like any modern-day extract, transform, and load (ETL) product that can extract data from the RDBMS, transform the data from the relational data model to the document model in a no-code way, and then load the data into MongoDB. Demo iDSS helps you efficiently carry out data modernizations while reducing ETL development effort by as much as 37%. Infosys Data Services Suite (iDSS) Key Features iDSS Features for Migration to MongoDB RDBMS to MONGODB Transform and Load : RDBMS-to-MongoDB migrations with structure changes/transformations/filters RDBMS to JSON Transform and Load: RDBMS-to-JSON file generation with structure changes/ transformations/filters MongoDB to MongoDB: Support for MongoDB-to-MongoDB data migrations, with structure changes/transformations/filters, using MongoDB aggregation framework Other Features Summary Data profiling, business data validation, data quality checks Diversified connectors for enterprise packaged systems such as SAP ECC and S/4HANA, SuccessFactors, Microsoft Dynamics, and Salesforce Enabled for major cloud platforms such as GCP, AWS, and Microsoft Azure Business reviews, approvals/signoff Change data capture (CDC) and incremental data loading Data comparison/ata reconciliation Easy custom development for client requirements Dedicated expert support for tool deployments Learn more about our Modernization Program