Meet Dan Gottlieb, an engineer for the MMS backup team at MongoDB. 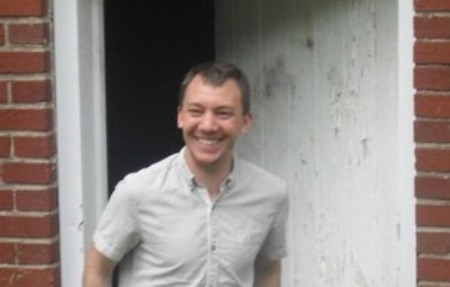 I’ve been working as an engineer for the MMS Backup team for just under two years.

Immediately after college I took a position at ShopWiki, an internet shopping search engine, where I worked closely with Eliot Horowitz and Dwight Merriman, the co-founders of MongoDB. After six years, I briefly joined another startup before coming to MongoDB. The decision to join was easy. I really enjoyed my previous experience with its co-founders and I had a lot of respect for the way they start a company from the ground up; they both really care about the technology.

I was born in Queens, but raised in Edison, New Jersey. My whole family is from New York and I always wanted live in the City. I want to think of myself as a New Yorker, but I'm not sure if one can ever shake the impressions of society that are formed growing up in the suburbs; reliance on cars, playing in the street and living in comparably larger houses come to mind as major differences. And knowing people in their thirties that grew up in the City and never had a driver’s license is a very foreign concept to me. Ultimately, I'm a Jersey guy.

At ShopWiki, I was assigned to start taking data feeds of items sold from our shopping search engine. My introduction to MongoDB happened when we began using it to process and take stock of the items stores were selling from our search engines. Up until that point, ShopWiki was using data gathered from web crawling. It was a relatively simple use case, but we were able to begin inserting and updating hundreds of gigabytes of data each day.

Since joining MongoDB, I’ve seen the amount of knowledge, brainpower and organization grow exponentially. Watching the company grow from five people to ten, to twenty and then suddenly to about a hundred, by the time I “officially” joined, was very exciting. Perhaps it’s a bit superficial, but having multiple PhDs on staff makes me confident that we’re making a real difference in the database space.

I actually walk to work. I live six minutes away when the traffic lights align.

I definitely have a more typical schedule now than I did when I joined. I usually have a couple of meetings a week and have a few issues to look into carefully. Then most of the week is working on development with some recruiting here and there.

The people! It’s the best team I’ve ever worked with. A shout-out to Steve, Cory, Cailin, Rhea and John, they make everyday a pleasure. Everyone is incredibly smart, and particularly with the backup team we communicate really concisely and cohesively.

I love that there's a lot of lateral flexibility with regard to the roles at MongoDB. Having a flourishing developer community there are plenty of opportunities to give talks at meetups/conferences, attend hackathons, or get involved with college recruiting efforts where many students actually know who you are. And the managers do a great job at matching engineers with their skill set and interests, while giving developers time to try something a little bit new when deadlines are more relaxed.

We take client data very seriously, especially in the MMS backup service. I’ve been working on a number of additional features to further improve the way we store and manage snapshots of client data.

The big challenge is maintaining the discipline to properly plan, test, document and review code. It’s important to simultaneously develop the specs, tests and documentation with the code so that others reviewing the code can verify correctness. We do a lot of iterative testing and code review to make sure our code is as perfect as possible before shipping.

I’d say the most challenging aspect of my job is also the most rewarding. It’s hard work, but after the functional spec, the refactoring, the coding, the testing, the fixing, the documentation, the code review, the QA and the stress of "waiting outside the delivery room" during its inaugural run, there's nothing better than hearing that a project worked.

I usually don’t eat breakfast so it’s the restaurant that delivers at 11:45. I’m not really picky about what food it is. That being said, I usually end up with a Chop't salad, though these winter months have made anything with soup popular. Particularly, chicken and broccoli with wonton soup or a Dig Inn platter with soup on the side.

I had a job in college working at the deli counter in a supermarket so I’m actually a great deli slicer. To be fair, the real skill is caring to do the job right and being aware of each slicer’s particular quirks. One customer would come in every Monday morning to have me cut up to two pounds of pepperoni sliced paper thin because I was the only one that wouldn’t switch to a thicker slice partway through.

My personal preferences are as follows: pair roast beef with cheddar or american, turkey with american and ham with provolone. I always prefer white to yellow american and kaiser rolls are a must. I strive for a quarter to a third of a pound of meat per sandwich. Consider trying hard salami instead of genoa; it tends to be smokier and less chewy. At optimal thickness, there’s eight slices of american cheese in a quarter pound.

Both. I have some great programming reference books but they’re too heavy to read anywhere but on a dedicated reading surface. So I keep reference books on the Kindle. However, there's nothing quite like the experience of finishing the last few pages of a great book and then turning it over to look at the back cover and feel that it’s over.

In an effort to spread the word on a newer series, check out out the (unfinished) Kingkiller Chronicles by Patrick Rothfuss. I highly recommend the first book, Name of the Wind. Fastest 736 pages I’ve ever read.

A more classical answer: I loved Ender’s Game/Speaker for the Dead. The last two books of that series were okay, but the first two were amazing. I also feel compelled to mention A Hitchhiker’s Guide to the Galaxy.

Despite (or perhaps because of) living in New York, I enjoy outdoor activities, but I hate the travel time involved. So if we lived in a world with instantaneous teleportation, my perfect weekend would be as follows. Snowboarding in the morning, then a game of softball, followed by finishing a book, learning something new and eating a Pollo Asado Calexico Burrito (with crack sauce mixed in).

Are you a burrito expert?

I love burritos but honestly the Calexico food carts have the best in the city. I don’t even bother with the others.

If you want to learn more about MMS, visit the MMS page on the MongoDB website.

If you're interested in joining the MongoDB Team there many open positions available in Engineering, Sales, Marketing, and Business Development. If you're inspired by Dan, MongoDB is looking for a Java Engineer and MMS Technical Account Manager to join the MMS team. To learn more about open roles at MongoDB, please visit the MongoDB Careers Page.

What We're Reading This Week