This week we're featuring another interview with one of our outstanding employees. We're excited to introduce you to Ali Azhar, our Senior Director of Territory Sales. 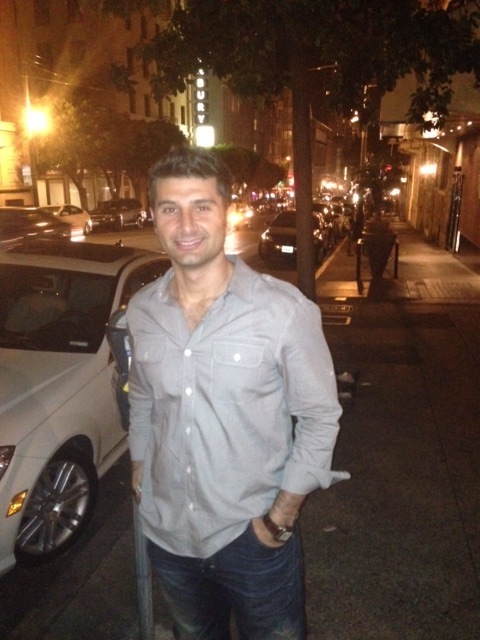 I am the Senior Director of Territory Sales for North America. I also run the global renewals program, which we built out this year. I focus on hiring and leadership, while overseeing the efforts of the territory sales team, which has nine outside reps, supported by two inside reps and two sales development reps.

I started my first business at 19, called Scholaraid, which I sold to Student Advantage four years later. I built and sold two other businesses, but my fourth business, an athletic apparel manufacturing company, failed in 2011 and I lost virtually all of my life savings. It was humbling, but it was also a blessing in disguise; it was a fantastic professional learning experience and it led me to MongoDB.

I had a connection with the former VP of sales at MongoDB and once I found out what the company was doing, I started digging. I realized I wanted to be in a startup environment while growing into this new space in the technology industry. So I jumped on him like a spider monkey, and eventually convinced him to get me an interview.

I looked terrible on paper since I had never worked for anyone or sold software before. But I had a 90-minute with Max, and must have proved myself because shortly thereafter, I got the offer. I accepted and became the 40th employee at MongoDB. By the time I paid for the movers to get all my stuff across the country from Florida and made the first payment on my apartment, I had about $200 left to my name, so the job came at the perfect time.

I was born in Kabul, Afghanistan. My family and I came here when I was 3 years old as refugees from the Afghan war. My parents had become caught up in some of the politics and we had to escape. We left in the middle of the night and ultimately arrived in Newark, where we lived in the inner city for a few years. After my father learned enough English, he got a job as physician in Jacksonville, Florida, so we all moved there.

Did you have previous experience using MongoDB before you arrived? If so, how are things different now that you work at MongoDB? If not, how did you learn MongoDB?

I knew enough from my other companies to understand the limits of the relational database. This and the concept of dynamic schema are what made me interested in MongoDB in the first place. But I gained a lot of knowledge on the job. It was trial by fire when I started two and a half years ago as an account manager, but I have a better understanding of MongoDB because of it.

I haven’t done any projects myself, but several of my friends have built startups whose applications now run on MongoDB. One in particular is Buycott, a social change mobile app that is gaining great traction.

Since I travel a lot, I’d have to say I take a plane to work. It might be between our New York and our Palo Alto offices, but from one day to the next I could be in D.C. or Canada, depending on where I need to meet with customers.

My days are (literally) all over the map, Houston one day, or Seattle the next. I’ll visit executives at our customers’ offices to ensure their projects are running successfully on MongoDB. Because of our continued commitment to our open source community, I attend user group meetings to stay engaged with MongoDB users throughout the country. I also do a lot of sales coaching and strategizing with our sales team. I review our sales pipeline to see what opportunities are being generated by my team to ensure productivity from each member. This past year I also spent a lot of time interviewing sales candidates for our sales team. Whenever and wherever I can I also squeeze in a work out several times a week. My favorite workout is sparring (kung fu) or playing basketball.

Externally, I love how disruptive we are and how we’re legitimately working to change the way the business world and the world at large writes software applications. We’re changing the mindset of developers; now they try to see what’s possible with applications, not just build applications within the context of what they’re already capable of doing. Internally, I love the culture we’re building within the business. It’s a phenomenal place to work. The environment supports ideas and innovation. There are very few if any people I come across that aren't kind and cooperative and willing to roll their sleeves up to help get the job done. I also enjoy how we look within to promote talent in the building and reward loyalty to the company before we look outside to fill a role.

Transitioning from an individual contributor to a leadership position was a big challenge, but it became an opportunity to create our renewals program from scratch. Our product is meaningless if we’re not renewing the subscriptions we work so hard to acquire. I was given free reign to create and implement the renewals program, which we’ve had great success with.

There’s not a single instance that’s more rewarding than the next. I’d have to say being able to work with the people I work with. I am constantly impressed by the quality and commitment of the people that work for our company.

One of the best parts of working here is we get great feedback from our clients. I actually just received an email from a customer, called Perfect Market, today. They’d recently been named the 16th fastest-growing technology firm in North America. They said without us, they wouldn’t have been able to serve more than 1.5 billion page views per month.

I really love the Plant Organic Café at the Virgin Terminal in the San Francisco Airport. They make a great quinoa bowl, and their breakfast burritos are amazing.

I give great advice. My friends call me Dr. Phil because if they have a problem they know they can come to me for sound advice.

The Power of Now by Eckhart Tolle

How do you stay stylish in the cold?

If you're interested in joining the MongoDB Team there many open positions available in Engineering, Sales, Marketing, and Business Development. To learn more about open roles at MongoDB, please visit the MongoDB Careers Page.