MongoDB is best known as the next-generation database that helps businesses transform their industries by harnessing the power of data. Yet, less is known about the unique culture and environment we’ve built … until now. Today, MongoDB was recognized as one of the Best Places to Work in Glassdoor’s 2015 Employees’ Choice Awards for medium-sized businesses under 1,000 employees. 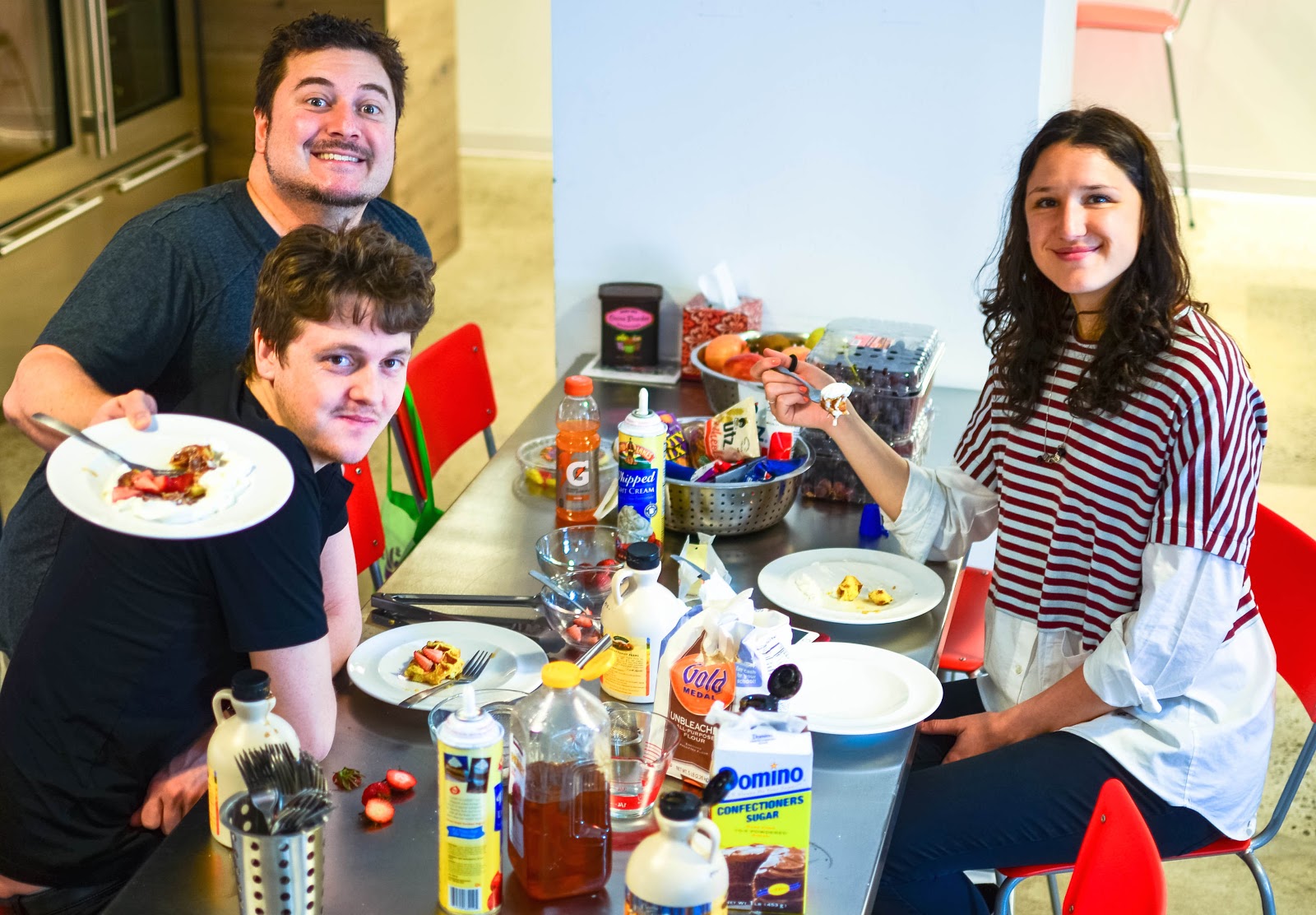 Over the past year, current and former employees have shared their experiences and opinions on Glassdoor, a popular career community that enables people to find jobs, and companies to recruit top talent. MongoDB is described as having, “Smart people who are on a mission and they have fun along the way” and “Amazing people, everyone is super smart, hard working, and very passionate about MongoDB.”

Reviewers were asked to review the Company in five ways:

There are many factors that have an impact on one’s work environment. In our rapidly expanding business, change is a constant. This year we welcomed a new CEO, our employee population grew significantly and we launched a number of exciting new functionalities for the database. Throughout these changes, the passion and excitement for our community, customers and product remain strong. It is this passion that motivates us to continually look for new ways to ensure that we hire and retain the right talent and keep them engaged and challenged.

We understand perks and benefits are essential, and of course, we pride ourselves on how we take care of our employees, but ultimately these are only vehicles to attract talent, not keep it. At the end of the day, each individual has different priorities - for some it’s getting code pushed into production and for others it might be seeing a wild idea brought to fruition. To achieve this, they want a manager who listens to their thoughts, an executive who will take a chance challenging the status quo, and colleagues who, after a busy day, will decompress with you over a game of pool in the cafe. Our team wholeheartedly believes this and lives it everyday.

Our co-founder Dwight Merriman said it best when he laid out his vision for creating a culture of engagement earlier this year. Crucially, he pointed out that “Your company won’t go anywhere unless you recruit and retain the right team. This should be your top priority.” The award from Glassdoor is vindication that this focus on culture has proved a fantastic success - not only for the company’s business goals but also for each individual that works here.

Now if you’d like to find out what all the fuss is for yourself, well, we are hiring: http://www.mongodb.com/careers/positions

MongoDB has achieved the formal FedRAMP® Moderate Authorized designation for MongoDB Atlas for Government (US) , the most secure way for the US Government to deploy, run, and scale MongoDB in the cloud. Additionally, MongoDB has worked with an independent auditor to validate our ability to support customers subject to Criminal Justice Information Services (CJIS) requirements regarding how sensitive data is created, viewed, modified, transmitted, disseminated, stored, and destroyed. MongoDB Atlas for Government Atlas for Government is an independent, dedicated environment of MongoDB Atlas for the US public sector, as well as ISVs looking to build US public sector offerings. This developer data platform – an integrated set of data and application services that share a unified developer experience – supports a wide range of use cases including transactional workloads, time series data, search, and petabyte data storage. Built on AWS and running in US AWS regions, Atlas for Government has been generally available since June 2021 and provides the simplest way to deploy, operate, and scale modern applications, all in a FedRAMP Moderate Authorized environment. Atlas for Government highlights include: MongoDB clusters deployed in AWS GovCloud or AWS US East/West (US) regions , and leverage the full functionality of MongoDB's document database, Atlas Search, fully automated backup, time series, and more. Guaranteed high availability with a ~99.995% uptime SLA which auto-scales up or down to accommodate fluctuations in data consumption, affording greater flexibility and cost control. Unparalleled security , with all security features built-in at no additional cost. Also, Atlas for Government is operated by MongoDB employees who are US persons on US soil. Support for both AWS GovCloud regions so customers can create multi-GovCloud region clusters and backups that stay within those regions and copy to both. ISVs can use Atlas for Government to store US government data and rapidly build their own FedRAMP offerings. All encryption within Atlas for Government is FIPS validated. These features make Atlas for Government uniquely positioned to support mission-critical applications across the US public sector. How MongoDB powers key use cases across the public sector MongoDB Atlas is already powering innovative applications in a number of sectors. And now, Atlas for Government is primed to power critical applications across public sector agencies and the ISVs that support them. Healthcare MongoDB is built to bring together data from disparate databases, systems, and data formats to create a single view of the patient. And with Atlas for Government’s dynamic schema, government agencies can enrich their view of patients with data from new sources, such as connected health devices. Both MongoDB and FHIR natively support the JSON format, the standard that supports rich data structures and objects prevalent in healthcare such as patient data, claims, policies, and treatment information. Financial services Agencies that participate in financial services activities must fully commit to digital transformation – liberating data, empowering developers, and embracing disruption — to keep up with the expectations of instantaneous transactions. Whether it's trading platforms and end-to-end digital loan origination, or AI/ML-driven fraud detection systems and financial 'super apps', Atlas for Government enables innovation and speed for government agencies that conduct payments and core banking applications. Federal, state, and local government National, regional, and local governments are facing pressing challenges with rising costs, changing regulations, and complex technological demands. The traditional systems currently in place are expensive and improperly equipped to handle modern needs for scale, cost efficiency, and flexibility. Atlas for Government opens doors for new initiatives like building smart cities, planning for traffic and construction updates, and improving the welfare of citizens. Education From groundbreaking data-based research to the administrative management of schools’ complex ecosystems, proper data management can transform how educational institutions operate. A modern data platform helps institutions navigate complex challenges like providing continuous learning, teaching with limited resources, and retaining students and staff. Atlas for Government offers an intuitive, secure, cost-effective solution for institutions dedicated to all stages of education. How do I get started? Customers can fill out the form on the MongoDB Atlas for Government page and a MongoDB specialist will get in touch with further details to set up. The specialist will help you set up Atlas for Government clusters (US) and you can either launch a new workload, migrate your existing Atlas workload to Atlas for Government, or re-platform your existing workloads by engaging with our professional services. Please also refer to the technical documentation for Atlas for Government for more details, or learn more on MongoDB University .