Here, you’ll find the latest developer tutorials, upcoming official MongoDB events, and get a heads up on our latest Twitch streams and podcast, curated by Megan Grant.

Want to find the latest MongoDB tutorials and articles created for developers, by developers? Look no further than our DevHub!

Listen Along at Scale Up with Atlas Application Services

Jasiek Petryk
Learn how Scale Up publishes the title of the song currently playing in their office regardless of the musical source using an old cellphone and MongoDB Atlas Application Services.

@Pavel_Duchovny
In this article, we will showcase the extreme power hidden in Atlas SQL Query.

Learn How to Leverage MongoDB Data within Kafka with New Tutorials!

@Robert_Walters
MongDB Documentation has released a series of new tutorials based upon a self-hosted Docker compose environment that includes all the components needed to learn.

Attend an official MongoDB event near you! Chat with MongoDB experts, learn something new, meet other developers, and win some swag!

We stream tech tutorials, live coding, and talk to members of our community via Twitch and YouTube. Sometimes, we even stream twice a week! Be sure to follow us on Twitch and subscribe to our YouTube channel to be notified of every stream!

Last Word on the MongoDB Podcast 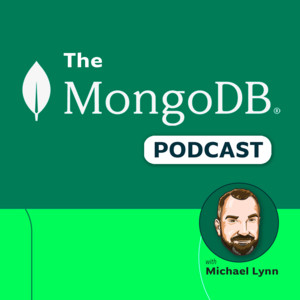 Listen to this episode from The MongoDB Podcast on Spotify. MongoDB Principal Developer Advocate and host, Mike Lynn chats with Nick Gamble, Head of Evangelism at Unqork. Unqork is a no-code application platform that helps large enterprises build...

(Not listening on Spotify? We got you! We’re most likely on your favorite podcast network, including Apple Podcasts, PlayerFM, Podtail, and Listen Notes

Did you know that you get these $weeklyUpdates before anyone else? It’s a small way of saying thank you for being a part of this community. If you know others who want to get first dibs on the latest MongoDB content and MongoDB announcements as well as interact with the MongoDB community and help others solve MongoDB related issues, be sure to share a tweet and get others to sign up today!