You would have to look into the log file for MongoDB to figure out what the issue is.

To find the log file run cat ~/Library/LaunchAgents/homebrew.mxcl.mongodb-community@4.4.plist. This will show you how brew runs the service. In the results you should see something similar to the following:

This shows the config file that the mongod process will use. You will want to look at the contents of that file ( cat /usr/local/etc/mongod.conf ) if your’s matches what I have. The config file will have a path for systemlog.path which you can look at to see the error.

Without the log file messages we can’t tell you why MongoDB is not running. I will note that it’s interesting that root is showing as the user for the service. This should be showing up as your normal user. You should never (well almost never) run a process as the root user. Bad things can happen when you do.

I installed it using homebrew so it created folder as /opt/homebrew but not as usr/local so what should I do now??

Should I go with this
opt/homebrew/etc/mongod.conf

It doesn’t matter where brew put it as long as the file exists. You would need to provide the info from the log file for us to be able to help you out. The steps I gave above will be able to get the log data, you just need to replace the paths that I listed from my machine with the paths that you get at each step from your machine.

Sure sir I will provide you with the details asap

I found a screenshot in a post you deleted that might shed some light on things. Below is a portion of that screenshot:

Note that it there are warnings stating that mongodb-community must be run as non-root to start at user login. This would line up with what I said earlier that this should be your normal user. It looks like you need to brew uninstall the package and manually clean up the mentioned directories and then brew install with your normal user.

@Doug_Duncan sir see I made the changes is these correct? so that we can move further with the process 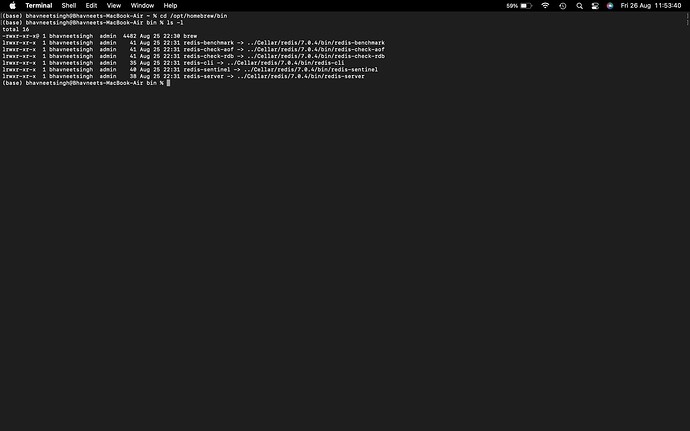 That could be correct for Redis, but I’m not sure. Redis processes have nothing to do with MongoDB.

Does brew services still show root as the user? If so you need to uninstall MongoDB and manually remove the directories/files in the screenshot that I posted earlier. You then need to reinstall MongoDB with your normal user account so that it can start up properly. 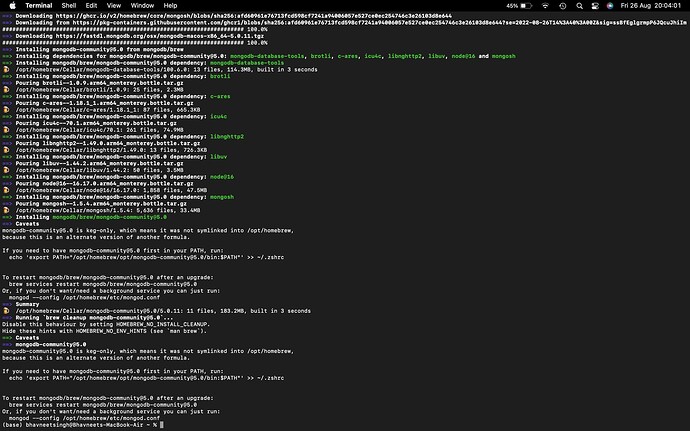 and after the above step i am getting the following error as soon as i used command brew services start mongodb-community@5.0 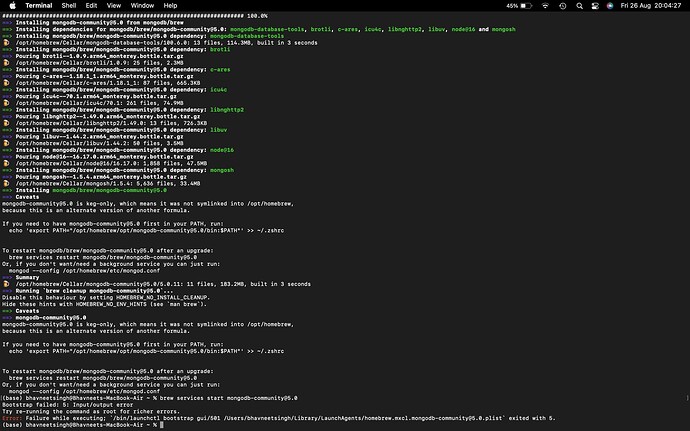 Now what should I do?

Please check this one too 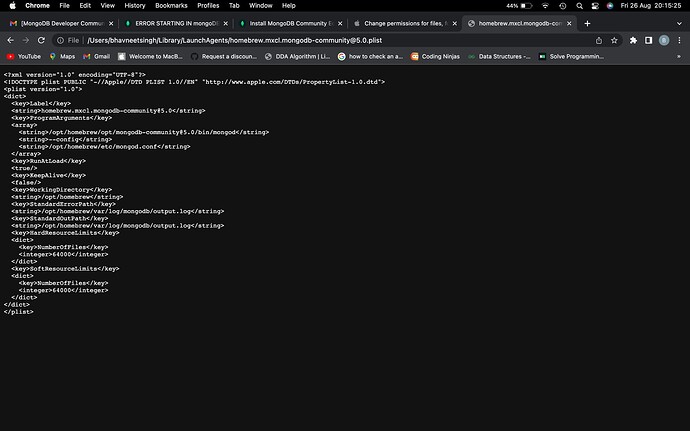 Unfortunately you have not supplied the MongoDB logs so again we can’t help with why the service is having issues starting up. I have put steps to get the log data in my original post. Once you post the log then we can provide more help. 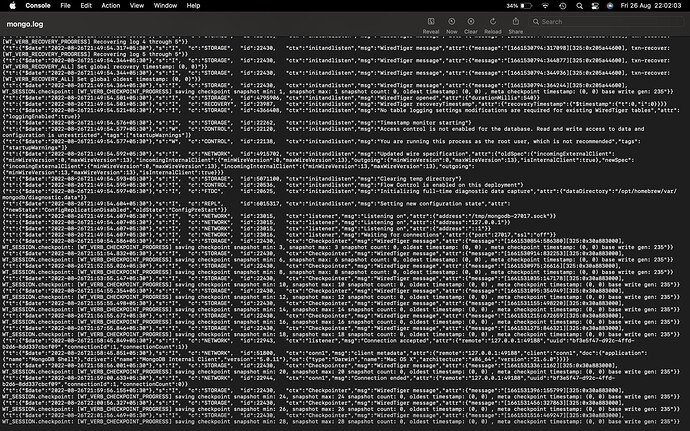 Looking at the screenshot you provided I can see (about half way down) where it says Waiting for connections and then towards the bottom of the screen I can see a connection was made with the MongoDB Shell.

Are you have issues?

Actually the first issue is in brew services it’s stating error with mongoDB community@5.0
And the second is temporary the connections are made through mongo shell and later it’s not able to connect to the server

If brew services start mongodb-community is failing to start it sounds like there is an instance of mongod already running, but that’s just a suggestion from what I’ve seen in the past. Again, the screenshot only shows a limited amount of the log file and from what I can see the mongod service is indeed running.

What are the results of running ps -ef | grep mongod? If you get a result then kill the process, delete the current log file and try staring via brew once more. If mongod fails to start the log should be relatively small. and it will be easier to see what’s happening. 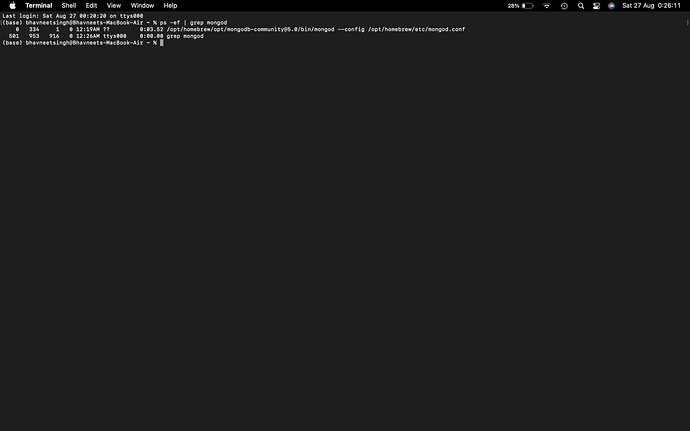 The 0 in the first column of the first line show that is running under the root user which is not good. I would run kill 334 to stop that process and then brew service start mongodb-community to allow brew to run the process.

One thing to note here is that since the process is currently running as root, that user probably owns the directories and files and those will need to be either deleted or have their ownership changed to your normal user so brew start ... does not fail due to permission issues.

I can’t stress this enough, you should never run a service/daemon as the root user unless explicitly told to do so, and even then only do it as long as you understand the risks involved with doing so.