Most interns joining us for the MongoDB summer engineering program are in the process of pursuing a degree in computer science and come looking for a hands-on, impactful work experience.

As a sophomore in high school, Julia Ruddy was introduced to computer science in a basic CS class that received so much positive feedback, her school introduced an Advanced Topics in CS course to the curriculum for her senior year. When Julia started her freshman year at Princeton University, she decided to pursue a degree in electrical engineering and joined us this summer as one of three interns on our Stitch team.

Andrea Dooley: Why did you decide to declare electrical engineering as your major?
Julia Ruddy: The Advanced Topics course in high school went very low level. We started the course working with transistors and proceeded to build up to the level of writing a Tetris game. It was interesting to see how it all fit together from transistors and binary to code you can write a program on. It was at that point I considered electrical engineering because as interested as I was in CS, electrical engineering gives you the opportunity to see what’s under the hood. I wanted to understand how a computer worked from 1s and 0s to building something like MongoDB. 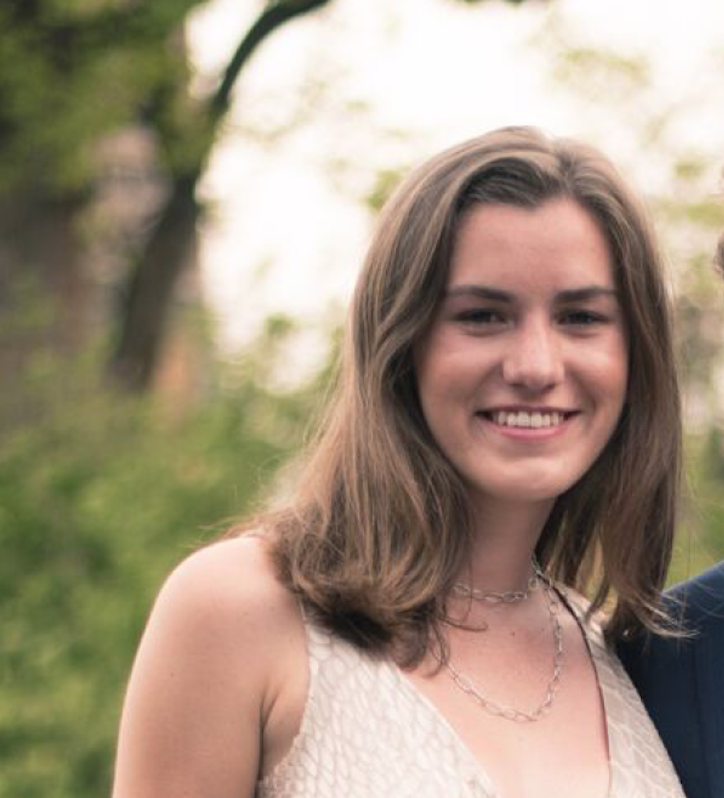 AD: So you’ll graduate with a degree in Electrical Engineering. What experience have you had with Computer Science?
JR: One of my priorities was to keep up with the computer science schedule, so I took a lot of upper-level CS classes. Last summer during an internship at an early stage startup, my work consisted of half hardware and half software. Through that internship, I learned I didn’t want to work in the hardware space. I liked the hardware aspect of my work but found I enjoyed my days doing software more. Although I love learning about it, I find building hardware from scratch to be very tedious, and it’s hard to debug. Also, I find the software industry as a whole more intriguing.

AD: How did you first learn about MongoDB?
JR: A good friend of mine from Princeton interned here last summer and encourage me to attend the open house. It seemed like a cool place to work and piqued my interest. When I got deeper into the search I found MongoDB especially attractive because it’s an established company, but smaller in size. I know sometimes at larger organizations your work can get lost, but my friend vouched for the work he did here, and that it impacted the business.

AD: As someone not fully immersed in CS as other intern candidates might be, did you find the interview to be particularly difficult?
JR: From my experience, software interviews, in general, follow a similar pattern regarding data structure and algorithms. I did a ton of prep in those areas, ensuring I was very familiar with them. During my interviews here, everyone was very approachable and easy to talk to and the conversations flowed naturally. If my interviewers had any hesitations regarding my experience, I didn’t notice them.

AD: What team are you working on this summer?
JR: I was given my first choice, which was to work on the Stitch team. Stitch is a serverless platform designed to help people focus on the interesting and exciting pieces of their applications, rather than get bogged down with boilerplate and tedious back end code. It’s a newer team for a relatively new product, as well as something people are talking a lot about. I wanted to be on a team that was on the forefront of the upcoming MongoDB release.

AD: What project are you working on for Stitch?
JR: There is no one concrete project within Stitch. I’ve been picking up tickets, some bigger than others, working on both the front end and back end. Going into my internship, I had zero front end experience and I felt that if I wanted to become a respected full stack engineer, I needed to change that. So, my goal for the summer was to pick up as many UI tickets as I could. I actually really enjoyed front end development and learned a lot. Overall, this summer I’ve been able to work on many different things, which I find to be more similar to what a day in the life of a full-time engineer would be like. I now know what a career in software engineering entails, and it’s fun!

AD: What’s one of the bigger tickets you were able to work on?
JR: One of the bigger tickets was to create a generic AWS service in the UI, which allows for an extra layer of ease for our users. They used to have to edit code themselves to do more specific actions, but now they can choose from a drop down. I’ve also been working through a series of UI tickets for Stitch usage metrics, which is a real time visual representation for users to see how much data they’ve used, and how many transactions they’ve done, which will help with transparency in billing.

AD: Aside from project work, what has been one of the most memorable aspects of your internship?
JR: I worked with a group of interns on a project for Skunkworks, MongoDB’s internal hackathon. We built a computer game for people with minimal technical skills, to help them get familiar with MongoDB query language. The user plays a detective, and the goal is to solve the mystery of the missing emerald leaf in the MongoDB museum by querying databases. When the detective is completing one of the tasks to help solve the mystery, there is a prompt to drag and drop the proper argument into the query. We made it to the final round to present the game to the entire office and won the award for “Most Fun.”

AD: Is there anything you learned during your time at MongoDB that surprised you?
JR: I found the Speaker Series with our CPO [Chief People Officer] Dan Heasman to be really interesting mostly because it’s the side of a company I don’t ever think about. The idea that there is someone dedicated to fostering a great culture, managing how people interact, and maintaining the vibe is new to me, but he was so clear and concise in his approach I learned that there actually is a science to making people feel comfortable and welcome at work.

AD: What’s one key takeaway from your experience as a MongoDB intern?
JR: After this internship, I can confidently say software engineering is what I want to pursue after I graduate. One of my worries beforehand was that it was an isolated career, where you code all day and don’t have much interaction with other people, but my experience at MongoDB has shown me that there are always people willing to help, and asking for help, and there is a lot of collaboration in between. It’s been really rewarding to be able to write code that fits into a massive code base like MongoDB, as opposed to working on an isolated project as I would perhaps at another internship, or at school.

Creating a Data Enabled API in 10 Minutes with MongoDB Stitch

If you’re looking for REST-like access to your Atlas data, check out the new Data API to get instantly generated endpoints for reading and modifying your data over HTTPS. Creating an API that exposes data doesn’t have to be complicated. With MongoDB Stitch , you can create a data enabled endpoint in about 10 minutes or less. At the heart of the entire process is MongoDB Stitch’s Services . There are several from which to choose and to create a data enabled endpoint, you’ll choose the HTTP Service with a Webhook . Adding a Stitch Service When you create an HTTP Service, you’re enabling access to this service from Stitch’s serverless functions in the form of an object called context.services . More on that later when we create a serverless function attached to this service. Name and add the service and you’ll then get to create an “Incoming Webhook”. This is the process that will be contacted when your clients request data of your API. Call the webhook whatever you like, and set the parameters as you see below: We’ll create this API to respond with results to GET requests. Next up, you’ll get to create the logic in a function that will be executed whenever your API is contacted with a GET request. Defining the Function Before we modify this script to return data, let’s take a look at the Settings tab — this is where you’ll find the URL where your clients will reach your API. That’s it — you’ve configured your API. It’s not going to do anything interesting. In fact, the default responds to requests with “Hello World”. Let’s add some data. Assuming we have a database called mydatabase and a collection of contact data called mycollection , let’s write a function for our service: Creating a function to return data from a collection in MongoDB Stitch And here’s the source: exports = function(payload) { const mongodb = context.services.get(“mongodb-atlas”); const mycollection = mongodb.db(“mydatabase”).collection(“mycollection”); return mycollection.find({}).toArray(); }; This exposes all documents in the database whenever a client calls the webhook URL associated with our HTTP Service. That’s it. Let’s use Postman to show how this works. Grab your API Endpoint URL from the service settings screen. Mine is as follows — yours will differ. https://webhooks.mongodb-stitch.com/api/client/v2.0/app/devrel-mrmrq/service/api/incoming_webhook/webhook0 Paste that into the GET URL field and hit Send, you should see something similar to the following: Check out the GitHub Repository to review the code and try it yourself and review the screencast where I create a data enabled API in 10 Minutes with MongoDB Stitch . Want to try this for yourself? Sign up for a free MongoDB Atlas account. Looking to leverage an API for integration with MongoDB? Read Andrew Morgan’s article on Building a REST API with MongoDB Stitch . Additional Resources: MongoDB Stitch Documentation Creating your first Stitch app? Start with one of the Stitch tutorials . Want to learn more about MongoDB Stitch? Read the white paper .