This week we're featuring another interview with one of our outstanding employees. We're excited to introduce you to Dan Pasette, VP of Engineering for the Server Team. 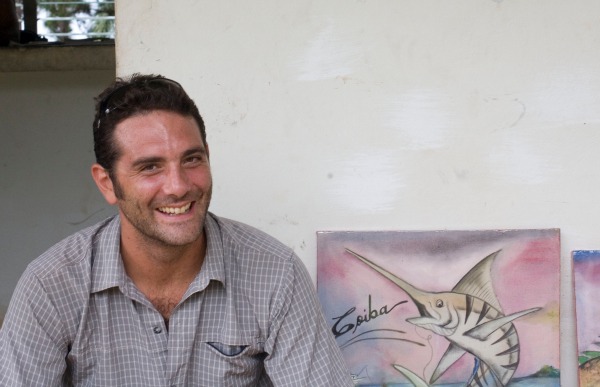 I started as the Engineering Manager for the Drivers team. About six months after I started, I moved over to the Server team. Along the way I’ve done a lot of work with commercial and community support, the field services team, and internal and external education. I’m currently the VP of Engineering for the Server team; I manage the development of the MongoDB server and related tools.

I’ve been interested in database technology since I was an undergrad and started my career in enterprise software. I moved to New York City in 1999 and worked primarily with online music media companies, where I was exposed to relational databases. I was working at LimeWire on a new music service when I heard about the opportunity at MongoDB and I jumped at the chance.

I first heard about MongoDB in 2010 when I was at LimeWire; we’d looked at using BSON as a transport format for a project. I didn’t get my hands on it until I used it for a pet project but I was impressed by how easy it was to use. During my first year at MongoDB the engineering team was pretty small, so if a question came up you just had to turn around and talk to Eliot or Dwight.

I’m an avid surfer, so I started a project to store records of surfing sessions by user preference. You’d go out for a session and then log it into the application. The app would use the geospatial coordinates of the surf spot to correlate weather, wind and wave data from nearby buoys. Eventually, you’d have enough data that the app could predict when the conditions would match your preferences and alert you that it was time to go surfing.

I try to bike at least once or twice a week. It’s about 35 minutes each way along the West Side highway, but it’s worth it when the weather is nice.

A great deal of my job involves coordinating with other teams (drivers, docs, consulting, support) on integrating new features and supporting existing ones. I monitor ongoing engineering efforts and help plan the roadmap for future initiatives. I also work with the support and field teams to handle our users’ needs. We definitely take their feedback into account for each release of our product. I’m also pretty involved with recruiting, hiring, and mentoring our junior engineers and helping with our internship program.

I’m constantly learning. I love working in a close-knit environment with the best engineers in the field. The team is relatively small, so everyone has a real impact on the future of the core product.

Delegating. As the company grows and everyone becomes more specialized, you’ve got to find the right person for each project and let them own it. Luckily we’ve hired excellent people for those positions!

When I first started we had an intern from Hack NY, a program that selects students from around the country and sets them up with internships at startups in New York City. Matt arrived at MongoDB when our internship program was in its infancy. He had just finished his sophomore year at McGill and when he arrived, we gave him a computer, pointed him in the direction of the source code and said “go.” He had a great time and rocked every assignment we gave him. The following summer he came back to work with us again -- this time with a real summer internship program in place. After he graduated, he signed on as a full time engineer with the Server team and now he’s turning out great code.

90% of the time I get a salad from Chopt, which is strange because I don’t really like salads. The other 10% is Indian food. I also eat a fair amount of training pizza.

I am excellent at falsa (fake salsa) dancing.

Definitely books. I’m really enjoying the post-apocalyptic stuff right now. I love Cormac McCarthy and Thomas Pynchon. “Under the Volcano” by Malcolm Lowry is one of my all time favorites.

Sleeping in, hitting the coffee shop and farmers market, defending the backyard garden from squirrels and then going for a surf. My friends and I get together for a family dinner most Sundays.

What’s the craziest surfing story you have? Where’s the most beautiful place you’ve surfed?

Being dropped onto a 15 foot wave from a tiny boat in Panama is probably the dumbest thing I’ve ever done - right up there with night surfing in any form. But my second favorite part of surfing is the view of the coast from the water. A couple memorable spots are the desert views of Morocco and the cliffs off the Irish coast. I’m also very thankful that the Rockaways are in my backyard.

What do you have to say to Will LaForest regarding his comments from our last interview?

If you're interested in joining the MongoDB Team there are a number of open positions available in Engineering, Sales, Marketing, and Business Development. To learn more about open roles at MongoDB, please visit the MongoDB Careers Page.

MongoDB World , the flagship MongoDB event, is fast approaching and we want you to make it the best MongoDB event of the year. We’re looking for the best and brightest in the MongoDB Community to offer submissions for the MongoDB World Agenda. The Call for Proposals for MongoDB World closes this Friday, Dec 20th, so get your submissions in before the holidays. We’ve received some amazing submissions so far, and we want to see more. We know our community can express the value and importance of MongoDB just as well, if not better, than we can. We’re inviting you to submit to speak at MongoDB World . Our community of developers, ops professionals, partners and customers is the foundation and driving force behind our product. Your use cases, solutions and insights will inform thousands of MongoDB users across the world. Not only will you help strengthen and build the MongoDB community, but you will be strengthening and building your name and brand recognition. We’re looking for informative sessions that provide tips and best practices for the MongoDB community so conference attendees can walk away with immediate and actionable skills. Some examples of what we’d love to see are: Tutorials or interactive lessons A useful aspect or technique from your work with MongoDB BI/Analytics with MongoDB MongoDB Performance and Operations Hybrid Scenarios Data Modeling Deployment Architecture For more information on how to submit a proposal , please see the MongoDB World Call for Proposals Page Speakers will be notified of their submission status by February 14. We’re excited to see all of your ideas, and appreciate all your support for MongoDB.