Hi, I recently bought a software from the following link: NiftyEWS – Loan Management System by dasinfomedia | CodeCanyon
The author really isn’t giving any substantial support and I am just a begginer in Mongodb so I was wondering if anyone within this community can give me a substantial guide on how to install this software onto my computer 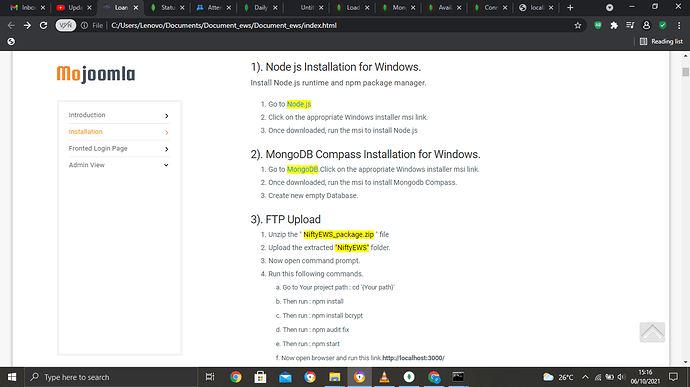 As far as I could- I’ve already connected Atlas to Compass and I am just about stuck there.

According to the product description you shared:

Unfortunately the range of software versions suggests the latest MongoDB server release tested would be 2.6 (released in April 2014 and reaching End of Life in Oct 2016). End of Life (EOL) software versions no longer receive bug fixes or security updates and are not supported on MongoDB Atlas.

I recommend following up with the author and confirming if any modern versions of MongoDB are supported. The oldest non-EOL version of MongoDB server is currently 4.0 (first released June 2018) but I’d recommend starting with the latest production release series (currently 5.0) for a fresh deployment so you avoid unnecessary major version upgrades. See MongoDB Software Lifecycle Schedules for more details on MongoDB’s Support Policies.

If the MongoDB version guidance for NiftyEWS is confirmed correct, I suggest you start looking for an alternative solution supporting modern versions of MongoDB and ask the author for a refund per Envato Market Refund Rules.