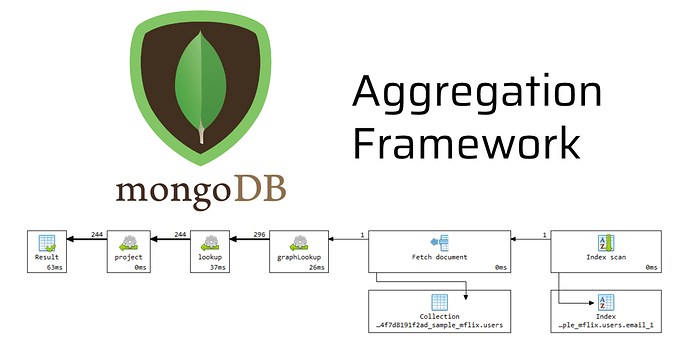 The complex usage of the MongoDB aggregation framework to retrieve documents from multiple collections using an aggregation pipeline query that will perform much faster than the existing functional Map-reduce models.

The database transaction to retrieve a large number of records in a single query is a daunting task. The millions of documents stored in the database have complex relationships with data nodes that require seamless flow with the software application service.

Map-Reduce is a javascript functional model to map documents with emit key-value pair-based functions that pass value to the reduce function to perform the aggregation of the data node that returns the output to the client.

Structure of Map-Reduce in MongoDB

MongoDB uses the “ mapReduce ” database command for a collection to apply the aggregation query. The mapReduce function facilitates writing key-value pair objects in the map() function and computational logic in reduce() function to finalize the result.

Why Map-Reduce much slower in query performance?

A sequence of tasks during the process

The map-reduce-concurrency operation applies many global write locks during the queries’ processing, making the execution much slower to generate the final document.

What is Aggregation pipeline?

The Aggregation pipeline works as a data processing framework in MongoDB to aggregate hierarchical data nodes. There will be several stages in the pipeline to process the documents to filter out the final analyzed document. The pipeline operators used to apply logical queries and accumulate the filtered records to transform an output structure. The performance of the aggregation pipeline is significantly high compared to Map-Reduce because the framework runs with compiled C++ codes. The data flow control works as a sequence of stages that the output of the previous stage becomes the input to the next stage. The database engine decides the type of aggregation operators to perform at runtime.

How to write an Aggregation pipeline?

The pipeline written as BSON format passes directly into the “ aggregate() ” function in the Mongo Shell for executing the aggregation query. Also, MongoDB provides language-specific drivers that will have an in-built Aggregation framework with structure API functions to implement the pipeline in the application.

More about the topic: 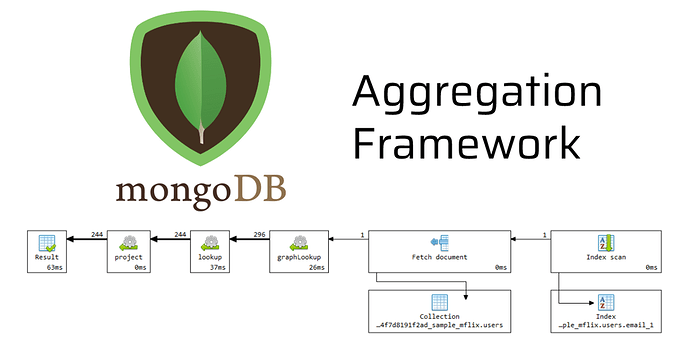 In this article, we will deep dive into the complex usage of the MongoDB aggregation framework to retrieve documents from multiple…