PyCon UK is running again for the first time in 3 years. It’s the UK’s premier conference for Python developers at all levels of experience.

I’ll be running a workshop called Introduction to the FARM Stack on Saturday, at 2pm. I’ll show you how to get set up with a project using the FARM stack, which is made up of FastAPI, React, and MongoDB!

I’m also going to be hosting the Lightning Talks every afternoon. It’s the best bit of the conference, so make sure you come along! 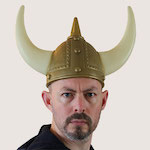 Mark has been at MongoDB for nearly 3 years, and considers himself an expert in Python but fundamentally dangerous in Rust. In his time at MongoDB he’s attempted to spread the news of MongoDB’s full feature-set, including transactions, joins, and schema validation (and the fact we’ve all seen that video).