Here, you’ll find the latest developer tutorials, upcoming official MongoDB events, and get a heads up on our latest Twitch streams and podcast, curated by Adrienne Tacke.

Want to find the latest MongoDB tutorials and articles created for developers, by developers? Look no further than our DevHub!

Joining Collections in MongoDB with .NET Core and an Aggregation Pipeline

In this tutorial, we’re going to take a look at aggregation pipelines and some of the ways that you can work with them in a .NET Core application.

In this post, we’ll see how to use Github Actions to continuously generate the DocC documentation for our Swift libraries and how to publish this documentation.

Introducing Flexible Sync (Preview) – The Next Iteration of Realm Sync

Learn how to create a data API with MongoDB Realm in 10 minutes or less.

Attend an official MongoDB event near you! Chat with MongoDB experts, learn something new, meet other developers, and win some swag!

We stream tech tutorials, live coding, and talk to members of our community via Twitch and YouTube. Sometimes, we even stream twice a week! Be sure to follow us on Twitch and subscribe to our YouTube channel to be notified of every stream! 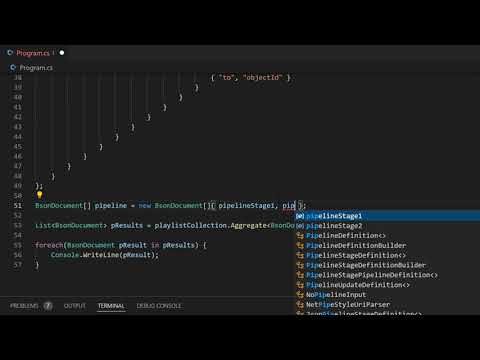 Last Word on the MongoDB Podcast 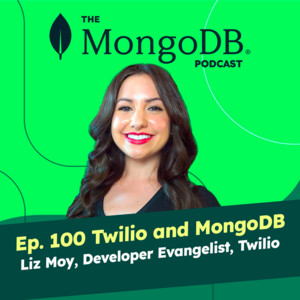 Listen to this episode from The MongoDB Podcast on Spotify. Twilio was founded in 2008 by Jeff Lawson, Evan Cooke, and John Wolthuis. Millions of developers around the world have used Twilio to unlock the magic of communications to improve any human...

Catch up on past episodes:

Ep. 98 - Getting Started with Deno and MongoDB

(Not listening on Spotify? We got you! We’re most likely on your favorite podcast network, including Apple Podcasts, PlayerFM, Podtail, and Listen Notes

Did you know that you get these $weeklyUpdates before anyone else? It’s a small way of saying thank you for being a part of this community. If you know others who want to get first dibs on the latest MongoDB content and MongoDB announcements as well as interact with the MongoDB community and help others solve MongoDB related issues, be sure to share a tweet and get others to sign up today!