.droidconitaly 2021: Up to date? Talking about your App

droidcon Italy is the largest Italian Android meeting, and now, as an all-digital show, is also a high impact meeting on the global stage . Organised and hosted in Turin and always with an eye to Italian style droidcon Italy is a flagship show for the Android community.

Overwhelmed about all the new stuff that you should be adding to your app yesterday?

Good migrations aren’t that hard to achieve, but they require careful planning, require some things in place, and should be iterative and incremental. They should focus ​in achieving the goals while reducing the risks and meeting the deadlines.

Now that we have new toys to play with, it is a good opportunity to talk about how to make our lives easier when trying to adopt them. I would like to focus on how to migrate your existing app from traditional Android to Jetpack Compose and how to use Hilt for dependency injection. I will use a full fledged application as an example and discuss architecture best practices, migration strategies, how to apply refactoring and how and when benefit from tests.

I will implement some of the changes using live coding.

Agenda and Tickets are available via droidcon Italy 2021 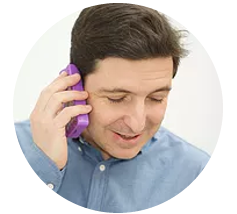 Jorge is a mobile developer advocate working at MongoDB. He focuses on mobile development, security, and systems architecture. As a developer, he started working for the M.I.T. in 1993 and he has collaborated on many software projects since. Most of them were internally for HP, where he worked for more than 15 years. Since 2008 he has been working in different aspects of mobile development. After playing with PalmOS, he learned Android programming for the first Android Developer Challenge and right away started to play with the first iPhone SDK. He was an instructor for some of the best iOS and Android Bootcamps in the U.S.A. and Europe. He occasionally delivers mobile and microservices courses, training individual developers and the teams of some of the biggest companies worldwide.