Hey, everyone. I have this function in which I check if a user isn’t already in the database, and if they aren’t, it’ll create a new user and return void. But, when I tried to push something into the user’s infractions, nothing is being shown? Why is this? 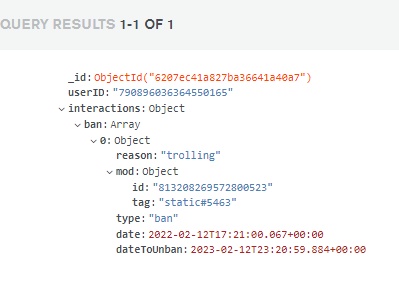 Easily capture screenshots, GIFs, and replays that are ready to share. Download the free app for windows and mac.

I only get the second screenshot after I ban them once more.