For students studying computer science in public universities and community colleges, it can be difficult to land a dream internship. The supposition is that many organizations are so selective in their qualifications that they tend to only consider students from top private institutions to bring on as interns and ultimately hire.

That was Joseph Pena’s initial thought when he first came across a job posting for the MongoDB Summer Internship Program. Joseph is going into his senior year at the University of Florida where he is a CS major and a member of the Association of Computing Machinery and Software Engineering Club. 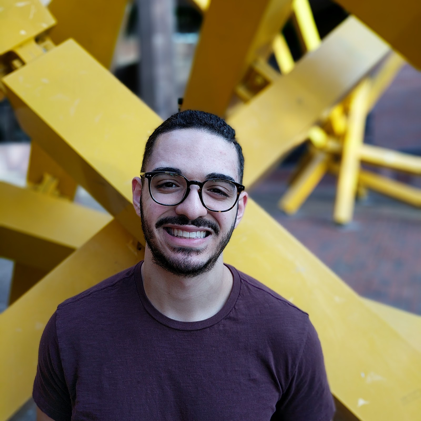 Andrea Dooley: How were you first introduced to the MongoDB internship program?
Joseph Pena: I received a Glassdoor job alert for the internship program. I was actually surprised to see there was an institution behind MongoDB. I knew the technology but assumed it was maintained publicly – I had no idea about the business side of it.

AD: How were you first introduced to MongoDB (the database)?
JP: I actually used MongoDB for an iOS app I helped to develop called Guardian, which was a check-in application to let people know you’re safe. We used MongoDB to store user account information and timestamps.

AD: What were some of your initial thoughts once you learned there was an organization backing the technology?
JP: At first I wasn’t going to apply. I had this preconceived notion that MongoDB would be the type of company that only pursues students from private institutions. Public universities tend to get a bad rep, and students from private institutions probably seem like a safe bet so you know you’ll have good candidates. But what you won’t have is diversity to help the company grow, which really helps in the long run.

AD: What made you change your mind and apply for the internship?
JP: There was a great description of MongoDB culture on Glassdoor, and a lot of emphasis on programs for diversity and inclusion. It resonated with me because I feel it’s very important especially as a Latino in tech and I wanted ensure I would be somewhere where I felt included.

AD: Since you’re about eight weeks into your internship, do you feel the perception given on Glassdoor holds true?
JP: Absolutely. It has been humbling to work here. The people are so extremely smart that I sometimes think “I don’t know if I could ever be as smart as them,” but no one is pompous or arrogant. It inspires me to do more and I’ve learned there is always room for improvement. My team is also really great – we’re an eclectic group from all different backgrounds and everyone is always very willing to help.

AD: What team are you on and what have you been working on during your internship?
JP: I’m on the Cloud Backup Team. I have a high interest when it comes to backend development; I find it to be very challenging. I’ve been working on an enhancement – recoverability for the backup agent. When customers are backing up their data, especially when it comes to larger companies, it can sometimes take up to two months for them to sync their data for a backup. If their server happens to shut down during that time they will have to start all over. I am working to create an enhancement that will allow the backup to pick up right where it left off.

AD: What has been one of your favorite things about MongoDB?
JP: The speaker series is really great. It provided the interns with real information as to what is going on in the company, not just from an engineering perspective but from a bigger picture. We were able to learn how MongoDB deploys engineers in the field, which is a part of the business we don’t have to think about because none of us are actually in the field.

AD: What are your thoughts on the overall state of the business?
JP: It was explained by the CRO (Chief Revenue Officer) how we are able to sell free software successfully and how much is invested in the sales team. It’s clear that here the entire business is celebrated, not just engineering or just sales, but instead all moving parts of the business, and we are ahead of the curve when it comes to changes in technology.

AD: Any key takeaways?
JP: I only started programming two and a half years ago and was hesitant to apply to MongoDB. But I did apply, and I was accepted. I am a testament to the notion that if you work really hard you can achieve anything you want. I chose MongoDB because I wanted the small company experience where I actually mattered, not just to be a cog in a machine. MongoDB is building a new technology so I knew that any type of work would include developing a new feature rather than supporting a legacy system and no matter what team I was working on it would always be innovative, which has been the best part of my entire experience.

Our summer program is coming to an end but we will be accepting resumes for next summer very soon! To learn more about the MongoDB Internship Program, click here.

With the next AWS Summit just around the corner ( literally and figuratively), we thought we’d recap some of our favorite AWS-related tutorials. 1. Using Kinesis for high-volume data streaming: This post was written in the run-up to AWS re:Invent last year but it’s still very useful for understanding how AWS Kinesis allows for efficient data ingestion. In this post, we walk you through initiating a sensor data stream with Kinesis and storing that data in a MongoDB Atlas cluster. 2. Building Alexa skills in the Amazon Developer Console: Part of our series on the modern app stack (MEAN & MERN), this blog shows how to create various user experiences beyond the traditional web app. Since this is an AWS-themed recap, we’ve included this post for the section where we demonstrate how to build an Alexa skill for your app through the Amazon Developer Console. 3. Using Lambda functions to build a Facebook Chatbot: The advantages of “serverless” functions becomes apparent in this post as we walk you through how to build a Facebook Messenger bot that automatically responds to user-provided city names with weather data fetched from the Yahoo API. Rather than worrying about setting up an app server, you run all of the logic required to process the user request and return the correct response is run on Lambda. 4. Creating Service API Workflows with AWS Step Functions: AWS introduced Step Functions in late-2016 as a way to trigger multiple functions or service interactions in a particular order using intuitive visual “workflows.” In this post, we test drive this functionality by using Step Functions to orchestrate Twilio and SES calls from a simple restaurant aggregator app. MongoDB Stitch (currently in beta) provides an alternative approach to orchestrating functions. In addition to providing a REST-like API to MongoDB, Stitch's multi-stage service pipelines allow each stage to act on the data before passing its results on to the next. 5. Optimizing Lambda Performance: For the advanced serverless developer, this tutorial dives into the nitty gritty of optimizing Lambda functions for performance. While Lambda functions aren’t known for being the snappiest way to complete a task, there are tweaks you can make in order to reduce latency. We hope you enjoyed this brief foray into our blog archives and we hope to see you next week at AWS Summit NYC! The MongoDB team will be there all day to answer questions, give out shirts, and talk shop with the AWS community. If you’re not registered yet, you can get your ticket to this free event here.