After the release of MongoDB 2.6, we had the opportunity to chat with one of our Kernel Engineers, Matt Dannenberg. Matt was MongoDB's first intern, and joined through HackNY's Fellows Program. After two summers with MongoDB, Matt joined this past May as a full time employee on the Kernel team, working on the MongoDB Server. 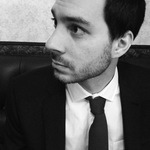 I’m a software engineer on the Kernel team.

I was majoring in Physics and CompSci at McGill University in Montreal. I joined MongoDB (then 10gen) in 2011 as an intern thanks to HackNY’s fellows program. I went back to college, but returned the following summer. At the end of that summer, I received an offer and I agreed to come back after graduation as a full time employee. During my final year at McGill, I did a bit of campus recruiting and gave a lecture on MongoDB. I’ve been working here full time since May 2013.

Philadelphia but I lived in Montreal for four years, which I think is long enough to give it partial credit.

I first used MongoDB for a hackathon. One of my teammates had written their own (albeit, pretty broken) driver and insisted that we use it. Unfortunately this didn’t serve as a great introduction, but I was still interested in working with the database.

Later, before my first internship, the team sent me MongoDB: The Definitive Guide, which I read cover to cover. Of course, by the time the internship started, a fair portion of the information was out of date, but such is early stage tech. The Definitive Guide is way more up to date now. As I started to work in the codebase, I gained a real understanding of the product.

I take the N or Q train from Astoria, Queens.

On a typical day, I come in between 9 and 11. I get glass of ice water and one half to two thirds of a mug of coffee (this prevents me from actually tracking my rate of consumption). Then I go through email and pick up on whatever I was working on the day before. We have a team stand-up every day at 11, then I grab lunch between 11 and 12 because I don’t really believe in breakfast. After lunch I work until I go home, taking the occasional whiskey break. Work is a healthy blend of coding, working through problems with other devs, code reviews, tech talks, and the occasional splash of customer support.

The Kernel team just released MongoDB 2.6. What are you working on now?

I am currently working on Replication, a feature in MongoDB that gives your high availability and automatic failover with a consensus election. There's a few changes we are making on the backend.

The people, obviously, but that’s aided by MongoDB’s super laid back environment. I can go up to anyone, regardless of seniority, and ask them about what they are doing and why. They will always take the time to give me a response with a substantial explanation. It’s a very collaborative space, and a great place to work. If you want to join us we're also hiring on the Kernel and Kernel tools team. Also since we have a highly technical product, everyone has some tech knowledge, which helps to close some of the gap between developers and sales/marketing.

The codebase is large and there is a lot to learn. We’re working on improving documentation and organization, but we still have a ways to go.

I almost always order off menu. I’ve really been digging the “bacon salad,” which is some sort of Szechuan bacon dish with hot peppers and leeks.

I wish I could say backflips, but I’ve yet to master them (or even successfully complete one). I have skinned a deer, which I don’t think is a common skill these days.

I prefer reading on Kindle. Favorite book is a tough question. I’ll go with the BFG by Roald Dahl.

I’d get in a car, grab a couple friends and some tents, and drive to somewhere remote and nature-y. We’d spend the weekend camping, hiking, and cooking and hanging out around a fire. I haven’t done this around New York yet, but I’ve conquered large portions of Pennsylvania, New Hampshire, and Vermont and done a few larger trips out to Colorado, Kentucky and Montana.

As Matt mentioned, we're always looking for great people to join the MongoDB Team. We're currently hiring engineers to work on MongoDB. Take a look at our open positions.

Improvements to the MongoDB Backup Agent. It's Time to Upgrade!

We’ve made several major improvements and bug fixes to the MongoDB Backup Agent used by MMS, including: More granular restore points for sharded clusters Support for the latest version of MongoDB, version 2.6 Improved packaging with service scripts to make deployment easier SSL connectivity improvements, resulting in fewer connection resets and hangs Fixed a file descriptor resource leak We encourage all backup users to upgrade to the latest agent version for a better overall experience with the service. To access these improvements, please download the agent from the MongoDB Management Service by going to Settings > Backup Agent.