When Hantz Févry and Pierre Mombeleur first met, they wouldn’t have guessed they’d one day become co-founders. As students at the same high school in Haiti, they weren’t particularly close. There was no noticeable chemistry when they faced off in a music competition either, and they maintained only a passing acquaintance on Twitch.

But both attended college in New York. At the time, Hantz’s checking account was constantly overdrawn, and it was harder than he thought to pick up short-term work. He and Pierre started talking about ways to help gig workers maximize their income by providing intelligence about how and when to use platforms such as Uber and DoorDash. They kept working on that idea even as both got jobs at Google. In 2015, the pair met Semih Korkmaz, who became their CTO, and in 2018 they launched Stoovo, an app to help gig workers maximize their income.

Stoovo now covers 6,000 platforms used by gig workers to find jobs, and has 17 employees. Just last week, the company announced that it had raised a $2.4 million seed round from 500 Startups, Alpana Ventures, Plug and Play Ventures and Watertower Ventures.

In this edition of #BuiltWithMongoDB, we talk to the Stoovo team about building for the gig economy, immigrant entrepreneurship, and their experience growing with MongoDB for Startups.

How did you keep Stoovo going while you were at Google?

Hantz: There is a big misconception among venture capitalists that you need to be working full-time on your startup. That is not true in the case of immigrants. I’m an immigrant, and don’t have my aunt’s couch to sleep on. I don’t have this famous garage in Silicon Valley. So I basically had to work two full-time jobs. After working until 5 pm for Google, I started working with Semih, often until three or four in the morning.

What is your vision for Stoovo for the next few years?

Hantz: You have three main players in the gig economy: the platforms, the requester, and the supplier. The problem is that the worker, or the supplier, is left completely alone, because the platform is optimizing to meet the demand of the requester. We want to shift that optimization to help workers maximize their income for each hour worked. We want to give them financial stability through income boosting and income smoothing.

Without Stoovo, workers are on their own trying to figure out if their time is better spent on DoorDash or Uber Eats or Postmates. They realize that if they blindly follow the direction of those platforms, they may not make enough money. The average gig worker uses three platforms, and shuffles arbitrarily between them, or relies on word of mouth, which is not really optimal. We tell gig workers which platform is best for them at any given time, and when to take a break.

We go even further to help with financial management. We envision another type of banking for gig workers, where we not only store the money, but we’re better adapted to their realities. 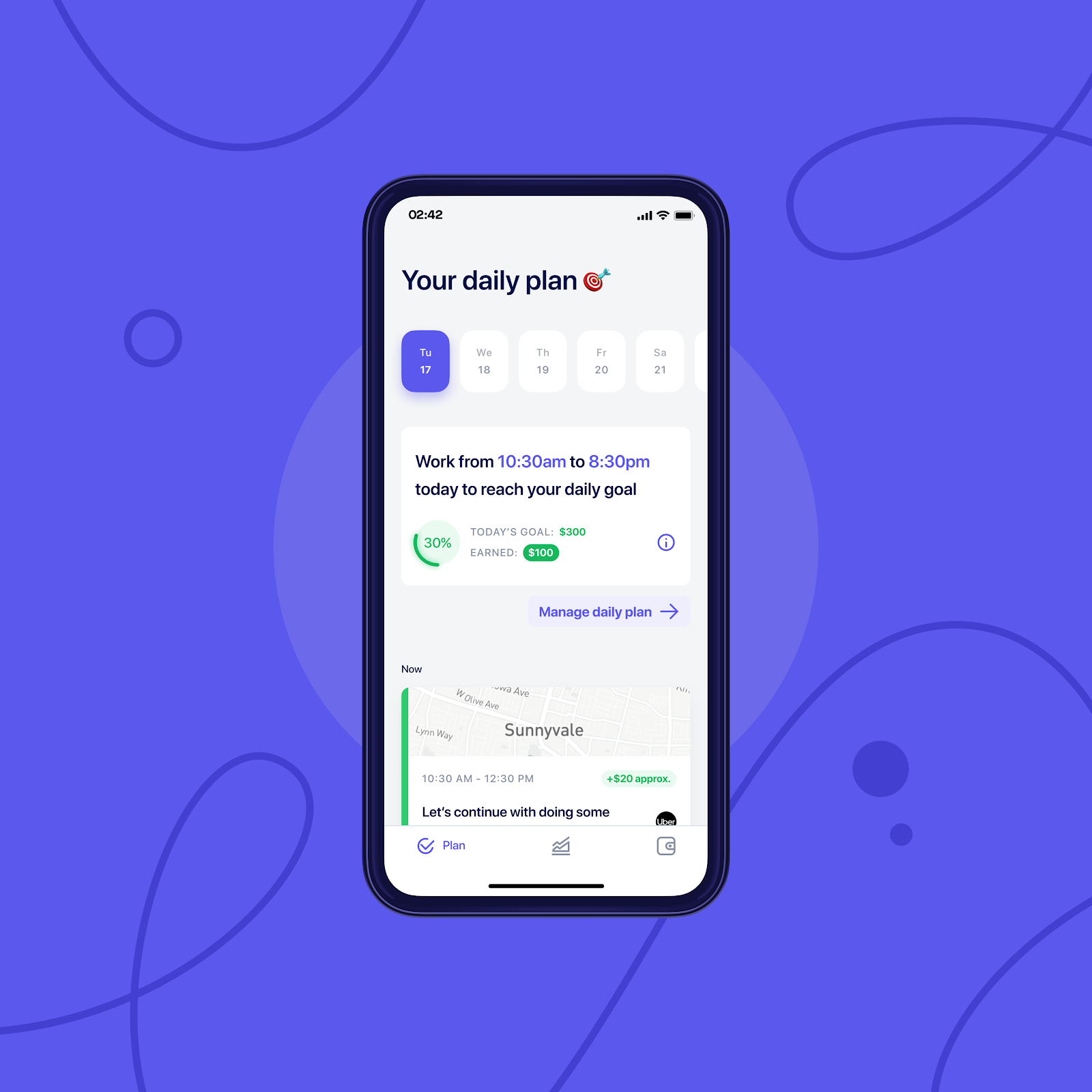 How does the typical gig worker use Stoovo?

Hantz: We have one user, Lionel, who is an actor and does gig work to help ends meet. Without Stoovo, he was trying to use Uber sometimes, sometimes Postmates. Sometimes he made money, sometimes he didn’t. With Stoovo, he knows exactly how to shift between his acting career, and exactly what to do and how many hours he needs to work.

Another user might rely more on the finance side. We have one user, Megan, who relies on the card for a cash advance. At first we were thinking that gig workers would use the cash advance to pay for gas. But when we looked at the transactions, a lot of them were fast food. Megan explained that gig workers often don’t even have a sufficient cash flow to buy food.

This is why we built the two products together. We help you plan your day to maximize your income and we provide you with cash flow if needed.

How have you built your tech stack to enable this?

Semih: Stoovo is a very distributed system and works with many different partners, especially geospatial data providers, so our stack is a little bit heterogenous. On the application side we use Node.js, and MongoDB is our database platform. On top of that, of course, we have lots of Python scripts running.

How did you select MongoDB as your database solution?

Semih: We did a few prototypes with relational databases, but there were so many changes – not only on our side, but at our data partners – that we weren’t able to stick with a schema. And changing the schemas in our applications was almost completely eliminating our chances to work in an agile manner.

We were really impressed with some of the capabilities of the graph databases, but you can always represent a graph in a document format. That’s when we realized we would go with NoSQL. After that, it was easy to choose MongoDB.

Semih: MongoDB Atlas made our life much, much easier. If you’re a startup, when you first start with a database, you want to start small. You have to keep your costs under control and your maintenance low. Then you need to scale up, and you see many startups fail to do this. Thanks to Atlas’ sharding system and its scaling system, which is automatically handling each replica’s scaling, we were having no problems at all with this, and we were easily able to scale.

What are some of the features of MongoDB you find most valuable?

Semih: We are rapidly developing many machine learning models, and they can be changing all the time. Those can create a new collection or change an existing collection, and change the access patterns. When this happens, indexing becomes really important. MongoDB Atlas helps us in two ways. One is that it gives us real-time alerts when our interaction pattern has changed. And, it suggests what the index should be. Then we can say, “Yes, please go ahead,” and apply this index on a rolling basis, and that makes life really easy for us.

There is so much happening in the gig economy. What are your thoughts on how Stoovo fits into the future of the sector?

Pierre: There’s an increasing amount of pressure for platforms to make sure workers’ rights are respected. We want companies to really give workers context into their work and be able to use data to their advantage, rather than holding onto the data and only using it themselves.

Hantz: If you talk to someone from Gen Z, they don’t see themselves working for a big corporation from nine to five. There will also be a lot of automation and a lot of displacement of jobs. So a lot of people will jump into the gig economy, and they’ll need two things: They’ll need to make sure they earn enough, and they will need a financial system built for gig workers. This is exactly where we’re trying to position Stoovo.

Looking to build something cool? Get started with the MongoDB for Startups program.

Meet Some of MongoDB’s Influential Women Leaders in 2021