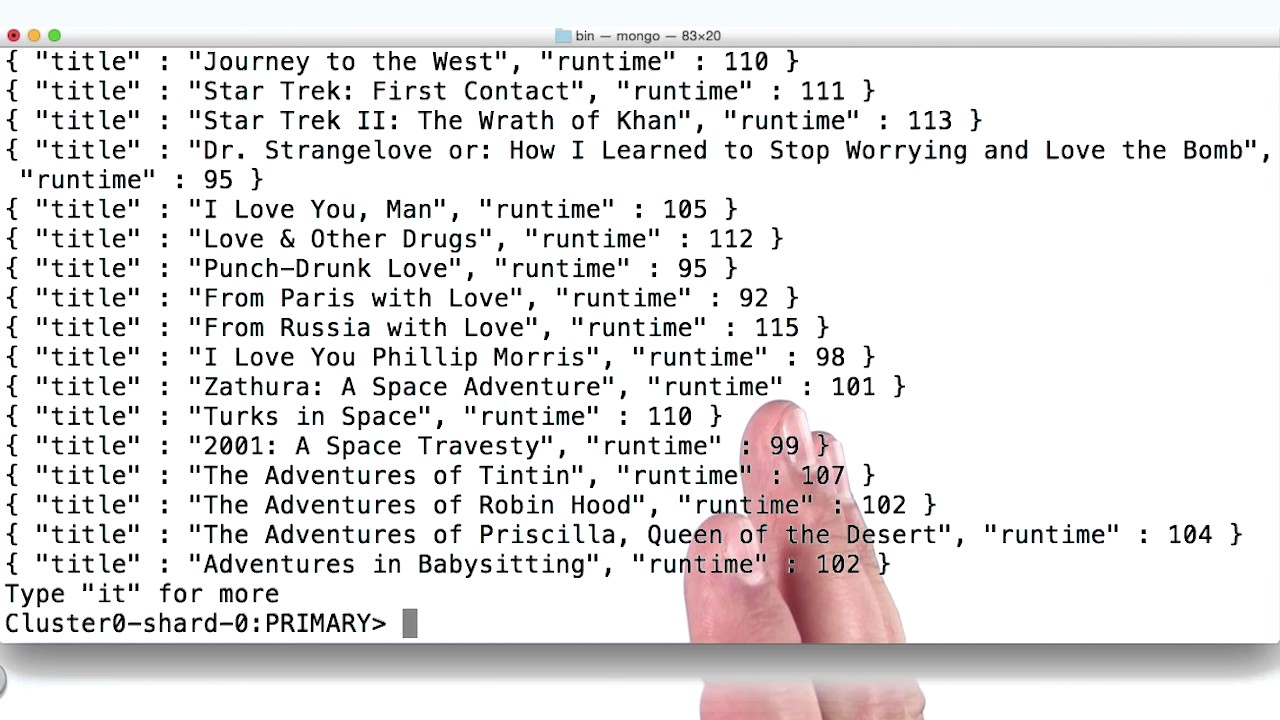 Around the 2:06 mark in the video the instructor explains that he has just performed a range query of $gt 90 and $lt 120, then performs the query to include films that were 90 and 120 minutes long.

He goes on to say that the query that includes the $gte and $lte range has some movies missing from the previous query ($gt and $lt). This is infact false since including 90 and 120 in the query should lead to having more resutls. Which in deed it does:

But then he goes on to compare it to the query that is greater than 90 minutes, which would make his previous statement true, but it just seemed out of order.

Just wanted to point out that this part of the video was confusing and would edit it later on to specify what queries he is comparing or to also include the count() to his query or even suggest that the student do it to make sure in the future!

Thanks for your feedback. I have forwarded it to the relevant team and we would make all the necessary changes to ensure a better learning experience for our learners