I am trying to setup a few HTTPS Endpoints to perform user management functions. The backing functions have been defined and are working as expected when Request Validation is set to No Additional Authorization. The problem comes in when the validation is set to Verify Payload Signature.

When I try to call the endpoint using curl as described in the example I get the following error back “expected signature method to be sha256”.

I have confirmed that the secret being used to generate the hash is the same as the one configured on Atlas (in the test app it was simply 12345). The hash was generated using the function described in the documentation, other languages were also tested but the same end result. 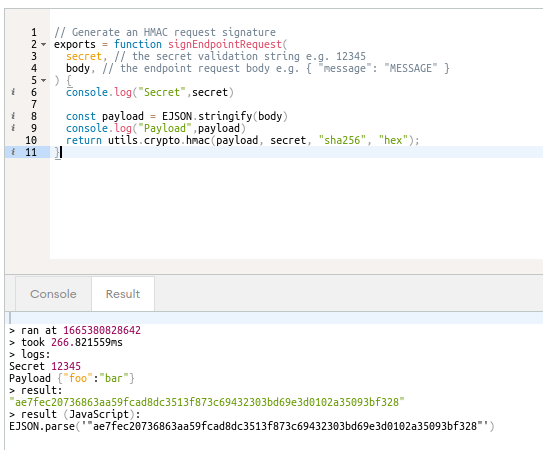 Any assistance would be appreciated.