Mihai Andrei is going into his senior year at Rutgers University, the alma mater of MongoDB CEO Dev Ittycheria. While Dev received his BS in Electrical Engineering, Mihai is studying Computer Science and minoring in Mathematics. Mihai is also extremely involved in HackRU, a 24 hour student run hackathon at Rutgers.

Andrea Dooley: Hackathons are very popular amongst CS students. What roles have you played for Rutgers HackRU?
Mihai Andrei: If you are an organizer you’re not able to participate in the event, but this coming year I will be one of two Executive Directors, essentially overseeing the entire thing. In the past I have played the part of Director of Finance for the event, so I know this will be a particularly challenging role, but nonetheless an exciting one. 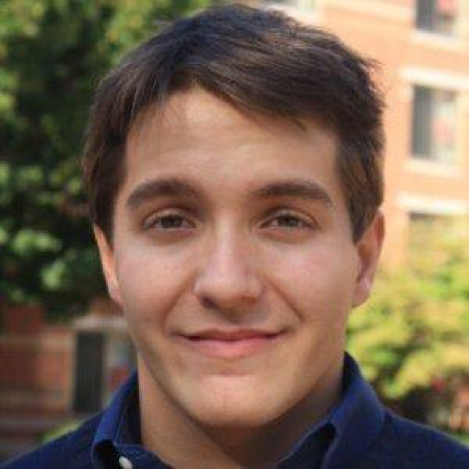 AD: You’ve been involved with HackRU for quite a while. Is that where you first learned about MongoDB?
MA: I actually learned about MongoDB during a student demo at a tech talk on campus. The first time I ever used MongoDB was at a previous internship for a data warehouse application we were developing. I was looking online for internship opportunities in the software industry and came across an opening for the MongoDB internship program.

AD: What made you interested in interning at MongoDB?
MA: My previous experience interning has mostly been with financial institutions, so this time around I wanted to take a different route to a company with more emphasis on tech and tech culture. I was able to get a good sense of the culture during the recruiting process, so I was really excited when I got the offer.

AD: Did you know our CEO was a Rutgers alum?
MA: I learned that Dev attended Rutgers a bit later on, but I think it’s really cool that someone from my university became the CEO of such an awesome company.

AD: What MongoDB Eng team are you on, and what projects were you responsible for this summer?
MA: I’m on the query team working on the MQL model, which is a model implementation of the query language built from scratch, serving as a reference. The reason for creating it from scratch is to identify flaws and iron out changes for future implementations, and the model can be a point of reference for how we create future versions of the query language. There are some flaws in the current version of the language that need sorting out for future iterations.

AD: What were some of the flaws present in the query language?
MA: An example of a flaw in the query language is the difference between find and aggregation projection. They are ambiguous and one will allow you do things the other doesn’t. For example, in aggregation you are able to use nested documents to specify how to project your output. That is not possible in find, but in find you have special operators to customize an output for arrays such as $elemMatch that you can’t use in aggregation projection. The ultimate goal is to unify the semantics.

AD: What would you say is one key takeaway from your experience at MongoDB this summer?
MA: Beyond learning a new programming language and what goes into writing the MongoDB query language, what I wanted to get out of my summer internship was to learn how to develop software more collaboratively. MongoDB has a code review process, so you’re given a ticket but just completing the ticket is not enough. You have to run it by other members of the team to ensure it meets expectations. There’s been really great quality control feedback from the team.

AD: How has the level of feedback helped to benefit you as an engineer early in your career?
MA: Every week I sit down with my mentor for a thirty minute one on one to discuss how things are going. The continuous feedback has been very helpful because it helped me to improve the quality of the comments I left in my code. It was easy for me to understand what I did and how I did it, but I learned that you need to be very thorough in order for other people to understand as well.

AD: What would you say to someone considering an internship opportunity at MongoDB?
MA: I would absolutely recommend it. It’s a great environment to intern in, and I have really been able to grow my skills. The work is very challenging, but very rewarding, and I understand exactly how my project is going to impact the work my mentor and other members of the query team will continue doing after I leave.