Stef Wang is a MongoDB Summer ‘18 international intern. Originally from Taiwan, Stef had never visited the U.S. before deciding to attend the University of Pennsylvania, where she is currently a rising senior pursuing a major in computer and cognitive science and a minor in consumer psychology.

As an advocate for women in STEM, she is passionate about working to help change the underrepresentation of women in tech. During her internship, Stef took some time away to attend the Global Leadership Organization annual conference in Taiwan, which is dedicated to teaching leadership curriculum to empower youth to engage in social impact work. 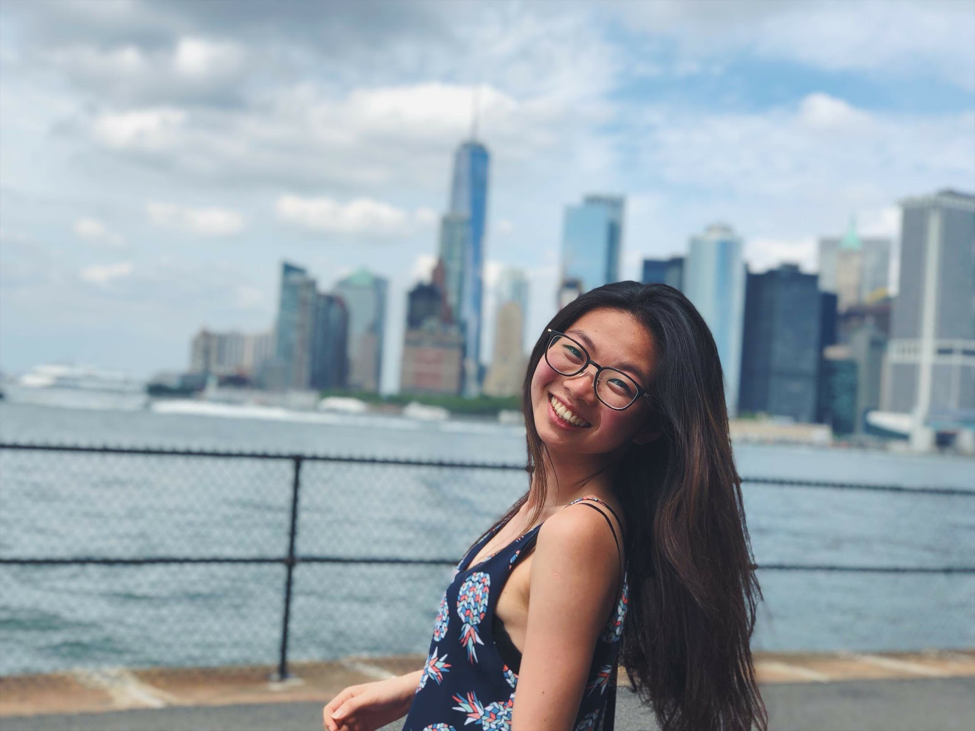 Andrea Dooley: What made you want to come to the US, despite the fact you had never been there prior?
Stef Wang: I always knew I wanted to go abroad for university. The school I attended in Taiwan was tailored for students to obtain their degree either in the US or the UK, and I applied to over 20 schools in both regions. I was particularly interested in UPenn because of their Science Technology and Society program, which explores the impact of technology on society.

AD: Since that is a social science, how did you wind up majoring in computer science?
SW: I worked on CS in high school. When I went to college I found that women are underrepresented in STEM, and I wanted to challenge that. I found computer science to be very interesting and figured the best way to challenge the underrepresentation was for me to represent. It’s an issue I care about and I wanted to be able to encourage women to pursue CS as their major and stick to it.

AD: Was there a particular experience that made you this passionate about encouraging women into the CS field?
SW: I previously interned at a very big technology company, and the lack of female representation impacted me. It was in Taiwan, so the office was smaller in general, but out of 70+ engineers, three were female. I didn’t feel it was an optimal work environment because of subconscious judgements and assumptions. It’s very different than what my experience has been like at MongoDB. There are women in this [NYC] office in high positions such as engineering team leads, and a lot of women in engineering. It’s something I really appreciate.

AD: How does your passion to help bring change align to the conference you attended in Taiwan?
SW: I’ve been involved in the Global Leadership Organization since junior high school, and the conference is hosted regularly in both the US and Taiwan. GLO’s mission is to empower people with the leadership skills they need to bring about the changes they want to see in the world. I’m in charge of overseeing GLO operations in Asia, and help to teach the curriculum that Teddy Liaw developed, which helps to inspire people to become change agents. It’s empowered me to believe I can make a change. One day I’d like to create a nonprofit for women in STEM.

AD: How did you first learn about MongoDB?
SW: MongoDB often attends PennApps, which are hackathons hosted every semester, so I had the opportunity to speak to a few people and learn more about the company. A current intern referred me to the internship program while he was going through the process. What appealed to me most was the interview process and how different it was from any other process I had gone through before.

AD: How was the process different from what you’ve experienced before?
SW: My recruiter got to know me as a person, instead of just focusing on what was on my resume. She was also more technical than any other recruiter I had worked with, so I was able to thoroughly explain my background. I felt like it was less about attempting to confirm what I had on my resume, but instead understanding what I was passionate about and what I was looking to get out of the experience.

AD: What are you working on this summer?
SW: I’m working on the Cloud team, working on two projects: optimizing upgrades and downgrades for anyone who is using MongoDB Atlas on Google Cloud or Microsoft Azure, and also implementing Atlas support for encryption at rest with multiple cloud providers, which would allow customers to manage data encryption using Azure Key Value and Google Cloud KMS credentials. Atlas is a core MongoDB product, and really important to the overall company mission. I’ve really learned a lot over the course of the summer. In the beginning, there was a very steep learning curve, and a huge code base that we had to look through in order to complete a lot of our initial tickets, but after a few weeks our workflow became a lot more efficient.

AD: What’s it like to work on a product that directly impacts business success?
SW: The Atlas team is super fun. It’s really exciting to hear people be so enthusiastic about their work and have so much passion about what they do on a day to day basis, be willing to talk about what they’re working on, and be open to your opinions. It’s also great to see that the work we are doing is directly impacting our customers and the work they are doing. They don’t have to worry about maintaining a database and the underlying infrastructure needed to support it and instead can spend more time and energy focusing on work that matters to them. As an intern I’m able to help people do more with their data, and ultimately achieve their mission. Since we work in sprints, some of the features we've worked on have already been released and are currently being used by our customers. I appreciate that we get to be a part of how things happen. There’s a lot of collaboration but I’m also able to say, “I owned this.”

AD: What has your overall experience been like as a MongoDB intern this summer?
SW: My mentor has been an amazing manager, which was surprising to me but in a good way. His sole responsibility is to mentor the Atlas Intern team, which consists of me and two other interns. In the past, I found it frustrating if a mentor was working on something different, since I was more hesitant to ask questions in fear I would distract them from more important work. Here, my mentor is working on what I’m working on and always reiterates that I should be asking questions. It has helped me become a better coder and produce better work. I also appreciate how much emphasis MongoDB puts on feedback, both giving and receiving. It helps create a culture where everyone is always striving to be better.

MongoDB World 2018 drew MongoDB community members from across the globe. At the event, attendees were able to meet with experts, connect with one another, and have a good time at the daily closing receptions. If you weren’t able to attend and followed the #MDBW18 hashtag, chances are you found yourself dealing with a bit of FOMO. But just because you missed out on the in-person experience doesn’t mean you have to miss out on the learning. From the keynotes to the panels, we filmed the majority of this year’s sessions. Now, you can view them at your convenience. View All Sessions Enjoy! P.S. If you’d rather learn about these topics in person, check out our upcoming events . MongoDB.local might be coming to a city near you for a one-day, educational conference. First up? Chicago , Austin , and DC .