#MongoDBSummer17 has concluded and our interns are back to school. Over the summer months we watched them grow both professionally and personally as part of a program we work to evolve and improve upon each year. Our intent is to provide an opportunity for students to learn, develop, and be inspired, but also to leave with a sense of accomplishment and drive to continue forward. Devin Hilly and Brigitte Lamarche are two of our Engineering interns this summer who experienced just that. 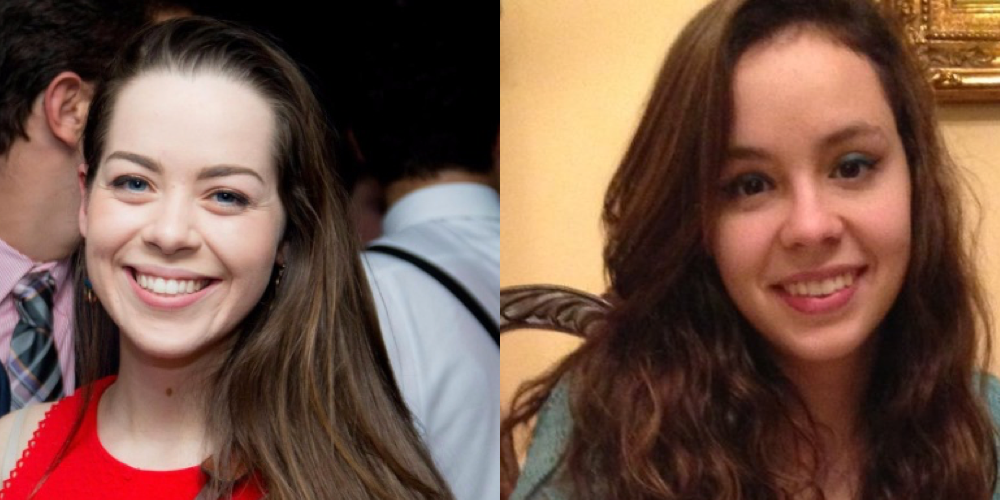 Andrea Dooley: What made you want to pursue a career in Computer Science?

Devin Hilly: My dad was a developer for a while and he had always suggested I consider it, but I had always been under the impression that coding wasn’t creative or social, and assumed it wasn’t for me. Yale has an open course enrollment policy so you don't have to officially register for classes until two weeks into the semester, and I was set on Applied Math, but on a whim I added a Computer Science course my friend had mentioned liking. It was an intro course and I really liked the assignments – it was a lot of work but a lot of fun and I was surprised to see the level of creativity involved.

Brigitte Lamarche: I originally thought I was going to major in Biology and pursue a career in the field, but then I took the intro to CS course at Princeton. While I do find that in biology it’s interesting to learn about what other people have done and found, for me the process of actually doing biology research is tedious. There is no guarantee you will actually find or make anything, which for me isn’t all that fulfilling. I like that computer science is about making things – coding is very concrete. You create something to perform an action and for me it’s very rewarding.


AD: What made you interested in an internship at MongoDB?

DH: I went to a career fair at Yale and when I approached the booth, one of the recruiters told me MongoDB was a t-shirt company. I was not involved enough in the CS department at the time to understand the joke, but now I get it – MongoDB t-shirts are in high demand. I applied online and when I came in for an interview I was interviewed by a female engineer for the first time ever. I had gone through approximately 15 technical interviews and it wasn’t until that moment I realized the lack of female presence in other organizations.

BL: I wasn’t familiar with MongoDB when the campus team had first reached out to me, but I did my research –I was curious to know what SQL vs. NoSQL actually meant. I then coincidentally attended a Women in Computer Science Tech Talk, where a lead engineer on the Kernel Team at MongoDB gave a talk about an issue she faced with a bug in the server and how she solved it. She showcased what she does day to day, which was very interesting and engaging.


AD: You’re both on the BI (Business Intelligence) Connector Team, so are you working on the same project?

DH: Actually no, what Brigitte and I are working on is very different. The team dynamic is great because we both have the ability to work on what we like. I wanted to work on something that was more focused on problem solving and hands on with SQL to MongoDB translation. It’s interesting work because one of the advantages of MongoDB is you don’t have to join your data, yet we still have this function because many MongoDB users are experienced with SQL and are used to jons. I really appreciated that we were given small tickets at the beginning of the summer and were asked for our input. At the time, I didn’t realize our mentors were trying to funnel us into a best fit project – I was given work that was similar to what I had said wanted to do.

BL: I chose the lower layer of the BI Connector, and named my project “Packet Optimization,” which consisted of two main parts – implementing SQL compression protocol (to make packets smaller) and buffering the packets written out (to send out fewer packets). My mentors let me work on tickets to get my feet wet and figure out what I was interested in which allowed me to learn SQL, NoSQL, and MongoDB all at the same time – very much a three birds, one stone scenario.


AD: Since you had a lot of input in what you were going to work on throughout your internship, did you face any challenges?

BL: The work itself is challenging. I would think I had something right and then when I realized I didn’t I would have to go back and do research to figure it out. At one point there was a bug I just could not resolve. I reached out to my mentor who, instead of telling me how to figure it out, gave me two clues. That was really fun and very helpful because ultimately I was able to work it out on my own.

DH: I faced some challenges in the beginning. I was unsure as to how creative I could be while working on the BI Connector because there is no front end, but I quickly learned algorithm design is much more creative than I anticipated and it surprised me how much I liked doing it. Also, MongoDB is a solid product with rigorous code review. In school you can hand in an assignment even if it’s not perfect, so I had some difficulty being thorough at first, but it’s a huge takeaway from my internship.

BL: I agree. In school you’re just trying to get it done, but here the aesthetic needs to be right – it needs to be scalable and well structured. Assignments are more focused on, “Does it work? Yes? Ok, move on.” You can take it upon yourself to have all these additional characteristics, but you won't get extra points for it, and with time playing a major factor there are other things you need to prioritize. Here you want to optimize, which is a key takeaway for me.


AD: Speaking of takeaways, what is one thing you will take with you from your experience as a MongoDB Summer ‘17 intern?

DH: Here you don’t need to be afraid to be honest with what you’d like to get out of the experience. I was very honest from the beginning that I was potentially interested in the business side. Both recruitment and management knew that and set up meetings for me with project managers. No one was ever like, “We hired you to be an engineer, you need to be an engineer.” Instead, they continually asked me for feedback and I was never afraid to be honest and it put me in a great position. MongoDB is good at specializing work for you.

BL: The Google memo really depressed me. Knowing that there are people in the industry who held the opinion that diversity is B.S. really affected me. I don’t know who they are or where they are – I felt like these people were hidden dangers I couldn’t identify. Our CTO, Eliot, wrote a note to the company addressing the memo. While it is his responsibility as a CTO to address something like that, I felt that he made a really good statement, very frank and to the point. He basically said: “let’s not kid ourselves, discrimination is real. We would not be having these conversations if discrimination did not exist.” He wasn’t sugar coating. He was blunt and addressed the issue and I really appreciate that.


AD: Do you feel this experience has helped you gain a better understanding of how to move forward in your career?

DH: Definitely. I came into into the internship unsure of what i wanted to do in the future, but this experience made me much more confident. I’ve learned that even non-technical roles require technical knowledge. I learned a lot of our leadership started out as developers, and they leveraged their technical skills and people skills to land their roles. It’s good to know there is opportunity to do technical work even if you decide to put away your keyboard and stop coding. I think MongoDB positions employees to do well and grow but no one is channeled into anything – there is room for mobility.

BL: For sure. I came in with a lot of confidence, but towards the middle of the summer I found myself a bit less confident. The work was very challenging and I was doing my best but thought maybe I just wasn't as knowledgeable as I could be. I’m leaving here feeling much more confident because over the course of the summer I became better at design. Macro structure was not something I had practiced all that much prior to interning. Back in high school I really enjoyed structuring essays for English class, but I didn’t know how to do something similar for code until this summer. It was a deja vu moment, as if I had learned these skills before but in a different way. I learned how to pivot my skills, and came out better at it.

We will be accepting resumes for next summer very soon! To learn more about the MongoDB Internship Program, click here.