It was way back in the summer of ‘91 that Sonic the Hedgehog first chased rings across our 2D screens. Gaming has come a long way since then. From a static TV and console setup in ‘91, to online PC gaming in the noughties and now to mobile and virtual reality. Surprisingly, for most of those 25 years, the underlying infrastructure that powered these games hasn’t really changed much at all. It was all relational databases. But with ever increasing need for scale, flexibility and creativity in games, that’s changing fast. SEGA HARDlight is leading this shift by adopting a DevOps culture and using MongoDB Atlas, the cloud hosted MongoDB service, to deliver the best possible gaming experience.

SEGA HARDlight is a mobile development studio for SEGA, a gaming company you might have heard of. Based in the UK’s Royal Leamington Spa, SEGA HARDlight is well known for bringing the much-loved blue mascot Sonic the Hedgehog to the small screen. Along with a range of Sonic games, HARDlight is also responsible for building and running a number of other iconic titles such as Crazy Taxi: City Rush and Kingdom Conquest: Dark Empire. 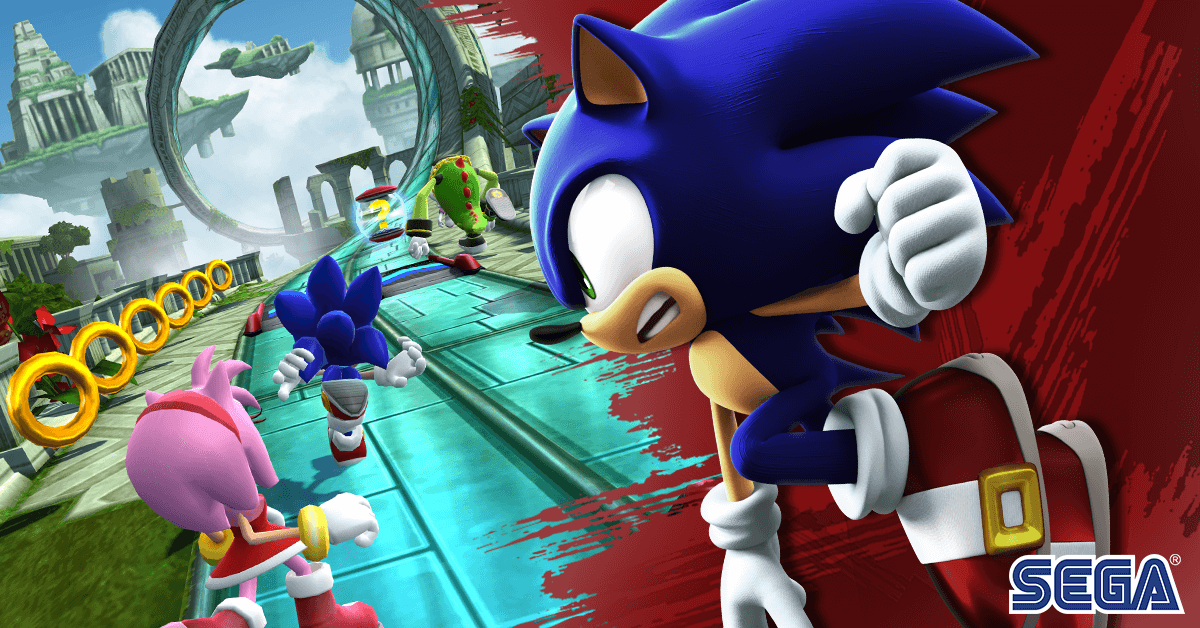 Earlier versions of the mobile games such as Sonic Jump and Sonic Dash didn’t require a connection to the internet and had no server functionality. As they were relatively static games, developers initially supported the releases with an in-house tech stack based around Java and MySQL and hosted in SEGA HARDlight’s own data centre.

The standard practice for launching these games involved load testing the servers to the point of breaking, then provisioning the resources to handle an acceptable failure point. This limited application functionality, and could cause service outages when reaching the provisioned resources’ breaking point. As the games started to add more online functionality and increased in popularity, that traditional stack started to creak.

Mobile games have an interesting load pattern. People flock in extreme numbers very soon after the release. For the most popular games, this can mean many millions people in just a few days or even hours. The peak is usually short and then quickly drops to a long tail of dedicated players. Provisioning for this kind of traffic with a dynamic game is a major headache. The graph from the Crazy Taxi: City Rush launch in 2014 demonstrates just how spiky the traffic can be.

We spoke with Yordan Gyurchev, Technical Director at SEGA HARDlight, who explained: “With these massive volumes even minor changes in the database have a big impact. To provide a perfect gaming experience developers need to be intimately familiar with the performance trade offs of the database they’re using,” 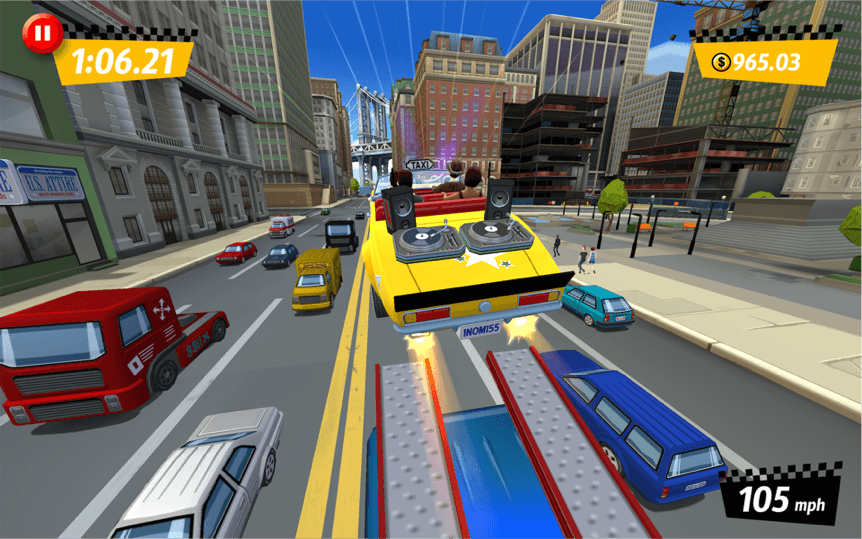 SEGA HARDlight knew that the games were only going to get more online functionality and generate even more massive bursts of user activity. Much of the gaming data was also account-based so it didn’t fit naturally in the rows and columns of relational databases. In order to address these limitations, the team searched for alternatives. After reviewing Cassandra and Couchbase, but feeling they were either too complex to manage or didn’t have the mature support needed to support the company’s SLAs, the HARDlight engineers looked to MongoDB Atlas, the MongoDB database as a service.

Then came extensive evaluations and testing across multiple dimensions such as cost, maintenance, monitoring and backups. It was well known that MongoDB natively had the scalability and flexibility to handle large volumes and always-on deployments but HARDlight’s team had to have support on the operations side too.

Advanced operational tooling in MongoDB Atlas gave a small DevOps team of just two staffers the ability to handle and run games even as millions of people join the fray. They no longer had to worry about maintenance, upgrades or backups. In fact, one of the clinchers was the point in time backup and restore feature which meant that they can roll back to a checkpoint with the click of a button. With MongoDB Atlas and running on AWS, SEGA HARDlight was ready to take on even Boss Level scaling.

“At HARDlight we’re passionate about finding the right tool for the job. For us we could see that using a horizontally scalable document database was a perfect fit for player-account based games,” said Yordan.

“The ability to create a high traffic volume, highly scalable solution is about knowing the tiny details. To do that, normally engineers need to focus on many different parts of the stack but MongoDB Atlas and MongoDB’s support gives us a considerable shortcut. If this was handled in-house we would only be as good as our database expert. Now we can rely on a wealth of knowledge, expertise and best in class technology.”

HARDlight’s first MongoDB powered game was Kingdom Conquest: Dark Empire which was a frictionless launch from the start and gave the engineers their first experiences of MongoDB. Then in a weekend in late 2017 Sonic Forces: Speed Battle was launched on mobile. It’s a demanding, always-on application that enables constant connection to the internet and shared leaderboards. In the background a 3 shard cluster running on MongoDB Atlas easily scaled to handle the complex loads as millions of gamers joined the race. The database was stable with low latencies and not a single service interruption. All of this resulted in a low stress launch, a happy DevOps team and a very enthusiastic set of gamers.

Yordan concluded: “With MySQL, it had taken multiple game launches to get the database backend right. With MongoDB Atlas, big launches were a success right from the start. That’s no mean feat.”

Just as the gaming platforms have evolved and transformed through the years, so too has the database layer had to grow and adapt. SEGA HARDlight is now expanding its use of MongoDB Atlas to support all new games as they come online. By taking care of the operations, management and scaling, MongoDB Atlas lets HARDlight focus on building and running some of the most iconic games in the world. And doing it with confidence.

Gone is the 90s infrastructure. Replaced by a stack that is every bit as modern, powerful and fast as the famous blue hedgehog.

SEGA Hardlight is looking for talented engineers to join the team. If you are interested, check out the careers page or email: hardlightcareers@sega.co.uk

Start your Atlas journey today for free. What are you waiting for?

MongoDB.local is Coming to Sydney!

On 20 March, the MongoDB team will be in Sydney for this year’s largest MongoDB event in the Southern hemisphere. Join local members of the tech community for a day that’s jam-packed with technical content, swag, food, and a drinks reception! Technical Content At MongoDB.local Sydney, you’ll get to participate in 15+ sessions focusing on topics including: The cherry on top? A keynote from MongoDB CTO and Co-founder Eliot Horowitz, who will give you all the details on what’s new in MongoDB 3.6. Jumpstart Sessions Ask the Experts If you have a MongoDB question you’ve been meaning to ask, or an idea you’d like an expert on the database to give input on, schedule an appointment at the Ask the Experts table. You’ll get a 30-minute, complimentary consulting slot with a MongoDB engineer. They will be equipped with whiteboards, so you can get creative! Swag If you’ve attended a MongoDB event before, you already know that you will walk away with brand new swag items. This time will be no different. Can you guess what you’ll receive at MongoDB.local Sydney? Let us know . Fuel With so much relevant information to absorb in a day (and probably a few emails to respond to in between sessions), the conference struggle can be real. But no worries, we’ll keep you focused by providing breakfast, lunch, and plenty of coffee and tea throughout the day. Drinks Reception Ahhh, perhaps the most fun part of the day. After spending time investing in your technical education, you can grab a drink (non-alcoholic options available) and a bite to eat before heading home. This is your opportunity to digest what you’ve learned, connect with the local community, and strike up a conversation with your favorite speakers of the day. Ready to participate? Sign up for your conference pass today. You won’t regret it! Register Now Event Details: Date: 20 March, 2018 Time: 8:00am - 5:30pm Location: Doltone House - Darling Island Wharf, 48 Pirrama Road Pyrmont, NSW 2009