Since the inception of the MongoDB internship program back in 2007, we have had a number of interns graduate and start at MongoDB full time. 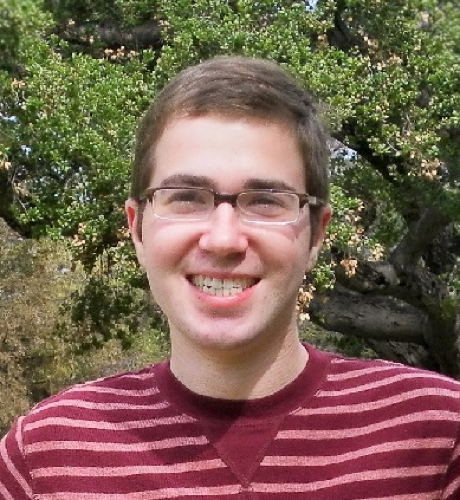 Max Hirschhorn interned in 2013 and has been with MongoDB for the last 4 years.

Andrea Dooley: What’s your name and what is your role at MongoDB?

Max Hirschhorn: My name is Max Hirschhorn and I’m currently the lead of the Testing Infrastructure Group for MongoDB's Server team, also known as the TIG team.

AD: Where did you go to school and when did you graduate?

MH: I attended Caltech, and joined MongoDB full time after graduating in 2014.

AD: When did you intern at MongoDB?

MH: I interned out of the Palo Alto office during the summer of 2013. I had taken the sequence of database courses my sophomore year and was a teaching assistant for them my junior year. I remember meeting MongoDB Engineers at Caltech's career fair and being excited about the opportunity to work at a company developing a new database.

AD: What did you work on during your internship?

MH: I worked on developing a MongoDB driver for the F# language by building on top of the existing .NET driver. I didn't know F# prior to my internship and was tasked with writing a driver that would be idiomatic to the language. I really enjoyed learning F# and interacting with the open source community - it was the first time I had done anything quite like that. I was even able to present my intern project at an F# meetup in San Francisco!

AD: What’s one of your key takeaways from interning?

MH: I learned a lot about API design. While working on the F# driver, I had to think a lot more about how the functions and types I exposed would be used by others. It was a very different experience from school, where I only needed to write the code to satisfy the problem.

AD: What happened after the internship?

MH: I returned to school for the fall semester, and was ultimately offered a full-time position in the MongoDB NYC office for the New Grad program.

AD: What were your initial thoughts when you received the offer?

MH: I was obviously really happy to have received the offer as well as to have gotten validation I did a good job during my internship. The thing that I was most hesitant about was moving to New York City. All of my friends were going to be in the Bay Area, and I wasn’t sure what it would be like living in an actual city. I remember talking about it with Stacy [Ferranti], who was running the campus recruiting program at the time. I decided to accept the full-time offer because I really wanted the opportunity to work on a database.

AD: How was the new grad experience different than your intern experience?

MH: It was interesting to work in a lot of different areas. I was also no longer in school, and obviously the set of things that I actually had to do outside of and after work, like grocery shopping, made me feel like a real person. There are also greater expectations put on new grads than on interns, but in both roles I wanted and needed to be successful.

AD: What are you up to now?

MH: I was recently promoted to being the lead of the Testing Infrastructure Group for the Server team. My responsibilities have shifted, so I don't write as much code as I used to. Instead, I interact with members of the Server team to – among other things – help ensure that we're able to test new features and functionality.

AD: How would you describe your overall experience at MongoDB?

MH: The path I've taken at MongoDB isn't anything I would have anticipated when joining as an intern or as a new grad. There have been numerous opportunities and experiences for me to realize just how I care about testing rigor and enabling others to be more productive.

To learn more about the MongoDB Internship Program, click here.

At this year’s MongoDB World , our all-star lineup of keynotes is so packed that we couldn’t fit them all in one blog post. In addition to comprehensive technical sessions, one-on-one consultations, and networking with industry professionals, join us at MongoDB World to hear from these tech industry leaders. Meet some of our featured keynote speakers: Saška Mojsilović, IBM Fellow & Scientist, IBM T. J. Watson Research Center Saška Mojsilović manages IBM’s Data Science department and is the founder of IBM Science for Social Good. She’s one of the pioneers of business analytics, has authored 100+ publications, and holds 16 patents. Claudio Gosiker, Director, Capability Planning, Controllership, Enterprise Architecture, & Test Automation, Florida Blue Claudio Gosiker has 25 years of experience spanning the insurance, technology, and retail industries. He is an experienced leader, trusted technical advisor, and mentor. Matt Parker, Standup Mathematician Possibly the only person to hold the prestigious title of London Mathematical Society Popular Lecturer while having a sold-out comedy show, Matt is always keen to mix his passions of mathematics and stand-up. He is also a keen rubik’s cube solver, ranking 63,327th in the world. Dev Ittycheria, President & CEO, MongoDB Dev Ittycheria has a unique mix of entrepreneurial, operational, and investing experience. He also serves as an advisor and board member to next-generation software companies. After being inspired by our keynote speakers, strengthen your skills at any of the 80+ sessions. Join us at MongoDB World to learn best practices for using MongoDB, directly from the experts. View MongoDB World 2017 Sessions