This year at MongoDB World, we kicked off the first round of the Diversity Scholarship, a program that seeks to support members of underrepresented groups in technology. We received over 100 applications from candidates from over 25 countries, and after a rigorous selection process, welcomed nine outstanding recipients to MongoDB World.

Meet the MongoDB World 2016 Diversity Scholars, a group of technologists and entrepreneurs who are making an impact in their areas of expertise. 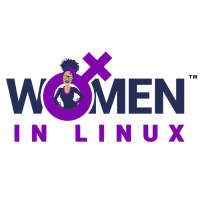 I’m the CEO and Founder of Women In Linux, an organization with the goal of helping bridge the gap between college and employment. We do this by doing weekly meetups on MongoDB, containers, security, firewalls, Linux, cloud engineering, and more.

My giant idea: My giant idea is to get more women into tech, so if showing them MongoDB and rapid deployment gets them there, then let’s go! -@womeninlinux 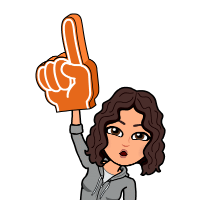 funfact : “I majored in history, emphasis on China, thesis on Puerto Rican activism at Yale in the 1970s. None of the aforementioned relates to my job, but I thoroughly enjoyed it all.”,

giantidea: “More LatinXs in tech. MongoDB is already advancing this idea by including us as Diversity Scholars.” ,
twitter : “@KFloTechYo” .
linkedin : “https://www.linkedin.com/in/krystalflores”
} 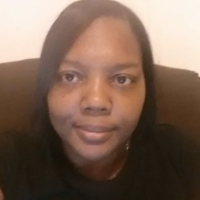 I teach the Introduction to Structured Query Language (SQL) at Lehman College. I’m the former President of the National Society of Black Engineers. I recently created a new logo for my website and for a startup, which will hopefully be running soon. I recently took on cycling and volleyball, which I love.

My giant idea: My giant idea is to create a system that assists people who need car loans by removing the middle man (the loan officer or car salesperson). The buyer would apply for the loan online. When approved, s/he would show proof of approval to the dealer and be able drive home, no questions asked.

MongoDB would contribute by having a database that will contain not only the necessary documentation to hold the information the buyer needs but helps retrieve the information quicker and more efficiently. 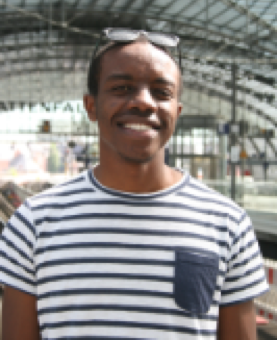 How I started using MongoDB: I discovered MongoDB while writing a research paper for my Bachelor thesis on database systems. MongoDB was one of the highly praised NoSQL databases. Once I started using it, I never looked back. I launched a meetup in school where student developers can learn more about the database, share and discuss ideas on how to leverage the efficiency and awesomeness it provides to develop innovative applications.

My giant idea: My giant idea is to improve e-learning access in Africa. I want to change how students can access content and move from the outdated, traditional way. For this, I'll need a solid CMS to save and serve the content. Content management is hard but MongoDB simplifies it by enabling us store whatever data we want. It also provides users with immense scaling capabilities, enabling us to scale as our audience grows. MongoDB’s simplified architecture means I don't need separate layers e.g for caching, as I can wrap everything around into the same security or scalability model as my data. 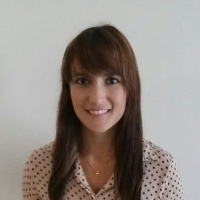 I am a freelance Full Stack Developer. I’m passionate about development and working with the latest technologies. I love watching cooking shows on TV but I can't cook anything.

How I started using MongoDB: Two years ago I joined a startup that was using MongoDB. I found it a very interesting technology, so after that project, I enrolled in MongoDB University as a way to train for professional certification.

My giant idea: My giant idea is strive for continuous improvement. MongoDB contributes towards that by making new and better tools for developers, and also by creating learning opportunities. 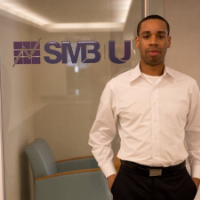 I'm a Teaching Assistant and Tutor at my university as well as a Masters student working towards my degree in Computer Science. I also recently started my own business.

How I started using MongoDB: I started using MongoDB as an intern at OpenFin, a fintech startup based in NY. Fortunately for me, that was my first time ever using a database and I loved how easy it was to use and develop on. I spent that whole summer learning MongoDB. At the end, I did a nice data analysis project on user data within the company's database. I think MongoDB is a great product and makes building high quality modern web applications easy and fast.

My giant idea: I recently started a web development business called JD Web Services. We specialize in building high quality mobile web applications. Our goal is to build business a beautiful site at the fraction of the cost, thereby helping to spur innovation and entrepreneurship in our community. 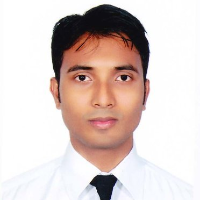 I am a Ph.D. candidate at CERI, University of Memphis. My research work is in Computational Geophysics, a discipline in Earth Sciences aiming to understand the physical processes occurring in the earth, typically with large-scale computations. I’m also the founder of #xoolooloo, a geolocation based social network.

How I started using MongoDB: I started using MongoDB when I decided to develop the website and mobile app for #xoolooloo. Initially, I was worried about the performance. So I started doing research online and found MongoDB right away. The giant problem was I did not know anything about it. No problem, the giant solution was there too: MongoDB University. I immediately took a couple of courses and continue to regularly follow the updates. This is where I began my journey with MongoDB.

My giant idea: My giant idea is #xoolooloo. An app that helps to match people based on the user’s location and interests. One of the reasons I like MongoDB is that it has enriched geospatial and text search features, which are key to my idea. 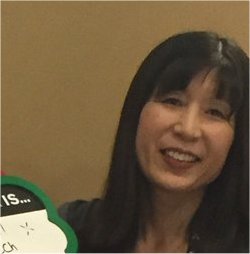 I’m currently working at ITP. One of my working sites for the company is http://162.243.145.211, as you see the company name and my initial, ITP MM on the browser tab. This is built with Meteor and MongoDB on the backend

A fun fact about the city where I live (Los Angeles County, Carson, CA) is that Porsche is currently building out its 53-acre facility Motorsport Headquarters & Experience Center. I heard this location will be one of five such facilities in the world! It is located 15 miles from LAX Airport and only 3 miles from the place I live!

How I started using MongoDB: I took over a web/mobile app project using MongoDB last year. I became interested in MongoDB and completed the M102 DBA course on MongoDB University, then other courses. I wanted (and still want) to know MongoDB more and more.

My giant idea: On the way from SFO to Santa Clara a few weeks ago, I saw the MongoDB Palo Alto office. Nice! My giant idea is to build another MongoDB office/Experience Center next to the new Porsche Experience Center. Can I be one of the contributors? 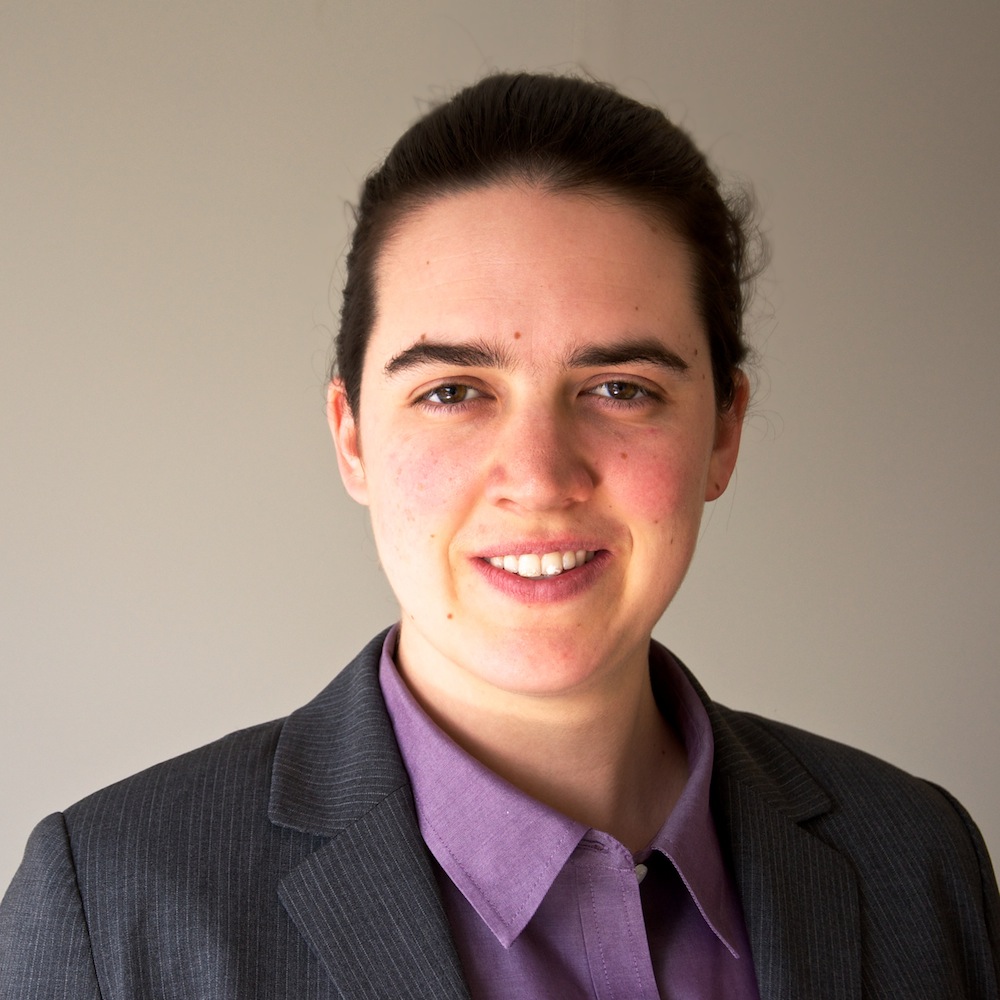 I started programming in middle school, writing games for my TI-83 calculator. I studied Aerospace Engineering at MIT and did a few projects in image processing/autonomous robots but didn't get into databases until after graduating.

Now, I am a freelance developer working primarily in Python. Fun fact: I can juggle basketballs and ride a unicycle (but not at the same time. :)

How I started using MongoDB: I looked into MongoDB after hearing of yet another friend's company choosing to use it. I took the online MongoDB University courses in pymongo and DBA fundamentals and was off to the races.

My giant idea: I aspire to help make it easier for middle and high school students to learn computer programming as a real-life, applied craft (not just as a classroom exercise). I use MongoDB in my own projects and also as a teaching tool.

Who will the next Diversity Scholars be?

The Diversity Scholarship is now open for MongoDB Europe! If you’re a member of an underrepresented group in technology, you qualify.

PencilBlue is a Node.js based, open source blogging and Content Management System, targeted at enterprise grade websites. This post explains why MongoDB Atlas is an ideal choice for PencilBlue and then goes on to show how to configure PencilBlue to use it.