In 2015, Nicolae Gudumac was working at a social media agency managing hundreds of campaigns for clients. However, with each campaign requiring multiple rounds of review, he needed a way to streamline the disjointed feedback loop and bring everyone onto the same page. Along with his co-founders, Xenia Muntean and Vlad Calus, he began building a platform that would streamline this time-consuming process for social media managers, agencies, and their clients.

The team created Planable, a platform that simplifies planning, visualizing, and approving social media posts. The tool feels like a live mock-up of the social feed, making it easy for teams to collaborate and give real-time feedback in a familiar format.

Prioritizing Developer Velocity From the Beginning

As the newly minted CTO, Nicolae decided to use MongoDB’s document data model to help his team innovate quickly to stay ahead of the ever-changing social media landscape. “With social media content, requirements are constantly changing as platforms evolve and introduce new formats. Having a flexible data model has been a boon to our productivity.”

He also needed to build a foundation that could scale with them as the business grew. Since Planable is a collaboration tool that needs to keep users synced in real-time, Nicolae built the tool on top of Node.js and websockets. The team harnessed MongoDB’s oplog tailing functionality to send real-time updates to all connected users when relevant data changed and recently started to leverage MongoDB change streams to make this process more simple and scalable. To easily scale their app servers at peak times, Nicolae chose to run Planable on AWS container service.

For managing their MongoDB deployment, the team started off using Compose.com but were having issues with restoring backups and only had access to a very limited set of configuration options. Compose also charged a premium for upgrading their storage engine to WiredTiger. MongoDB Atlas, with its queryable backup snapshots, automated upgrades, and configuration flexibility — especially the ease at which clusters can be scaled horizontally — looked very appealing.

We needed to be able to provide our clients with a platform that is as reliable as we are. Atlas’ native cloud first and scale-out architecture aligned well with our increasing performance demands and usage growth.

When Planable was accepted into the MongoDB Startup Accelerator, the timing was right to make the move to MongoDB Atlas. The team had customers all over the world and couldn’t afford any downtime with the migration. They used the Atlas Live Migration Service to move over their data from Compose with no downtime.

Currently, the team of 6 is split between engineering and business. With a small engineering team, they’re hyper-focused on product improvements and new features that will drive the business forward. Atlas features such as the Real-Time Performance panel and the Performance Advisor, which monitors clusters for slow queries and automatically suggests indexes to improve performance, allow the team to dedicate more of their attention to application improvements. According to Nicolae, “The Performance Advisor has made indexing the database and optimizing queries a no-brainer." 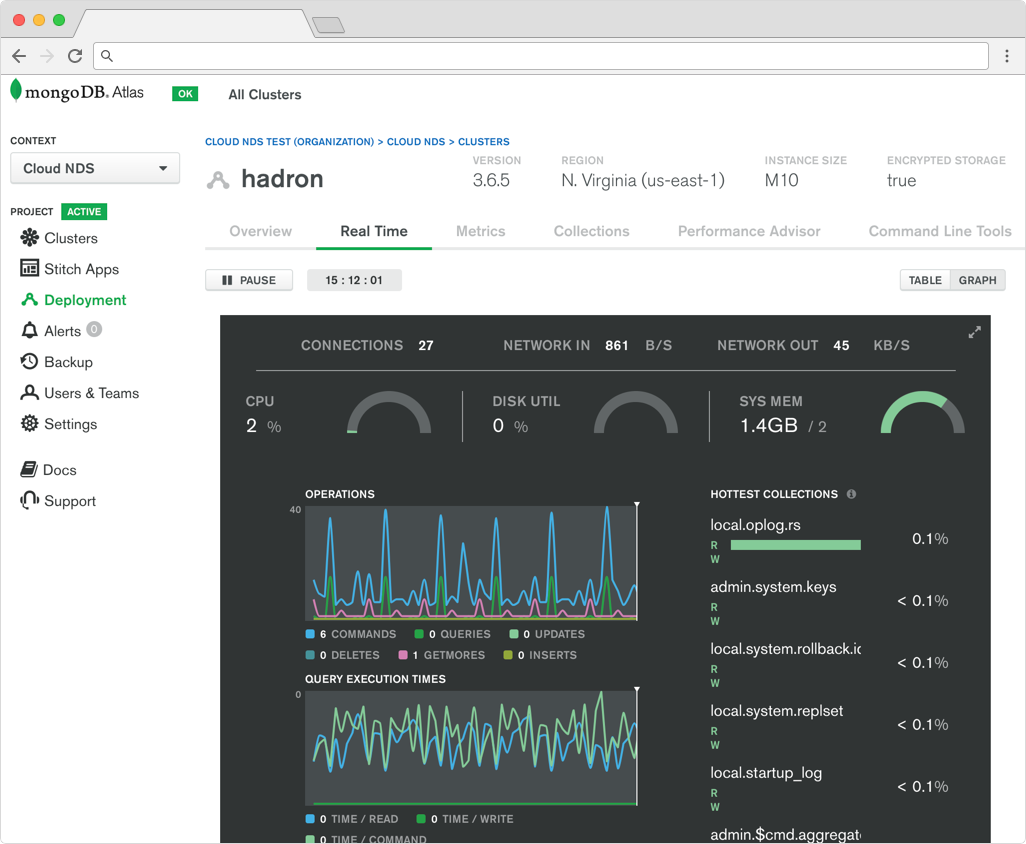 Queryable backups have also helped the team quickly address customer questions and as Nicolae recalls, “It’s saved us numerous times when someone accidentally dropped/updated a few documents and they needed to be restored. We’ve managed to quickly inspect and restore data in just a few clicks.”

The team is looking forward to the upcoming release of MongoDB Charts which is currently available in beta. “Charts will enable our marketing and business team to gain insights from our database, without resorting to sophisticated and expensive BI tools” says Nicolae. 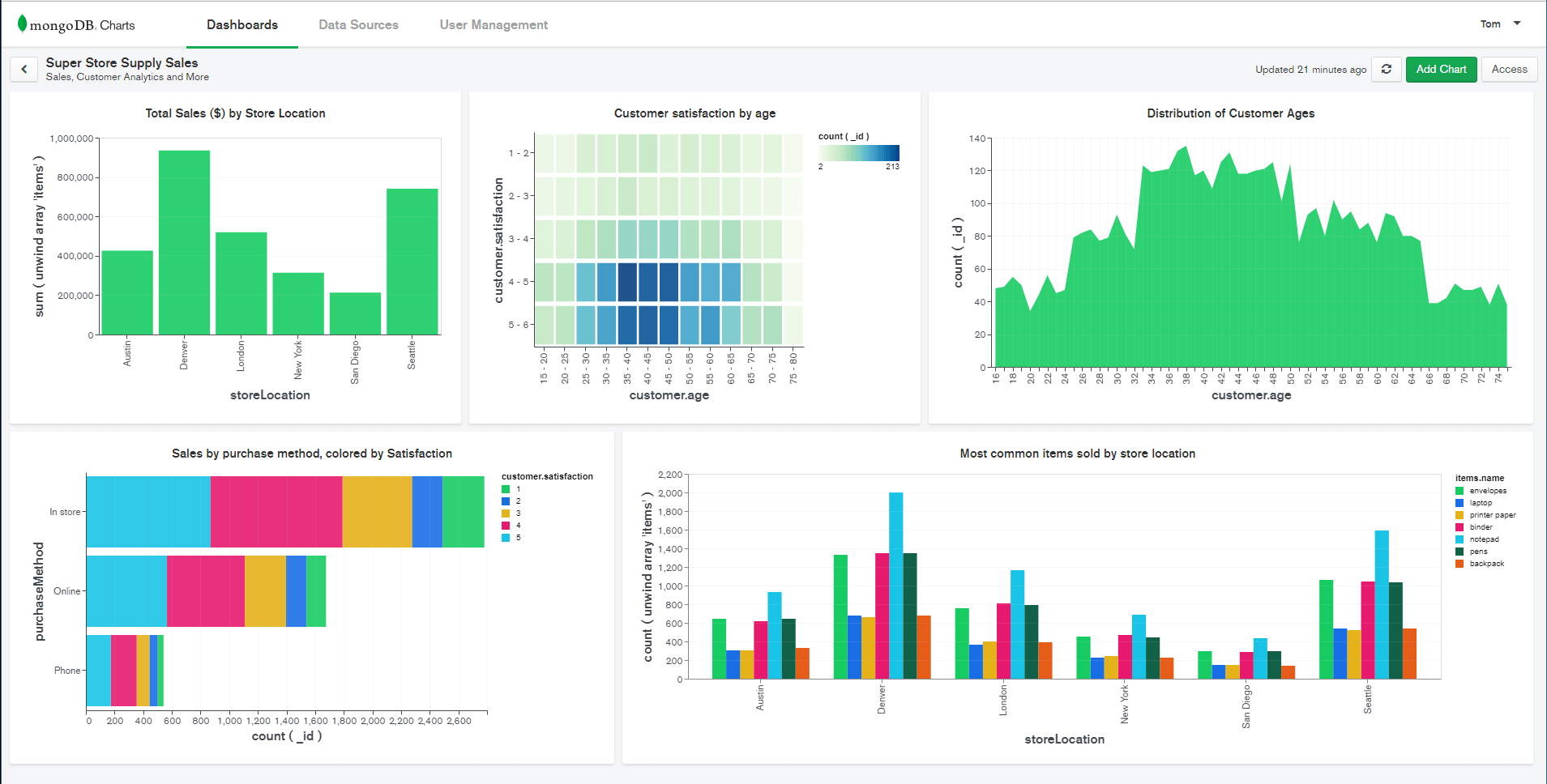 Planable is bringing thousands onto their platform each month and are well on their way to becoming the default tool for social media collaboration.

MongoDB Atlas has helped this fast-growing startup focus on helping social media teams move their process forward and allows Nicolae to give valuable time back to his team. “There’s no doubt in my mind that moving to MongoDB Atlas has increased our team’s productivity.”

MongoDB Atlas is the easiest and fastest way to get started with MongoDB. Deploy a free cluster in minutes.
← Previous

How to send text messages from your app using MongoDB Stitch and Twilio.