Fotocadeau has big ambitions for 2020 and beyond. The Netherlands-based company lets people customize a wide variety of products — printed canvases, keyrings, mugs, wallpaper and more — with stock images or their own uploaded photos, and its business is growing in terms of customer numbers and geographical reach. But, with its local website hosting and on-premise IT infrastructure struggling to keep up, something needed to change. 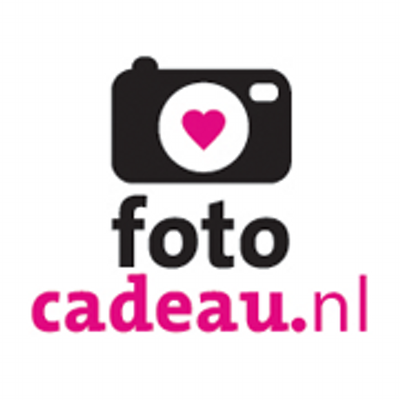 Sometimes everything falls into place, and this was that time: everything in the right place at the right time

When Rienstra joined Fotocadeau in May of 2019, the company’s websites — it has 43 each focused on different products or markets and were being backed up only once every 48 hours. For a business that handles as many as 4,000 to 8,000 orders a day, each depending on a customer’s unique images and product specifications, it was a disaster waiting to happen.

Losing orders due to a botched backup “would be very bad for business”, Rienstra says. “So I’m just really happy that it never happened before.” What’s more, the company couldn’t scale any further having maxed out its local host’s capabilities. Worse still, support for version 1.9 of its Magento website is scheduled to end in June 2020.

Until the fall of 2019, Fotocadeau was also running just a single node of MongoDB. Used to working with MySQL, quickly, as the company grew, managing a database took too many resources. He was searching Google for alternatives when he followed a link that led him to a MongoDB account executive who suggested that MongoDB Atlas could deliver the capabilities that Fotocadeau was looking for. Rienstra agreed to give it a try. When they moved to Atlas, they used the Atlas’s Performance Advisor, which recommended indexes that solved all their MongoDB performance problems.

Today, as each online order comes into Fotocadeau via Magento, the information is passed to MongoDB via the Meteor API for processing. “Everything after that is MongoDB,” Rienstra says. From generating labels to shipping and providing information to customer support, “the whole process, it’s all MongoDB”.

Since moving to Atlas, Fotocadeau has also started shifting from their local hosting provider to Google’s cloud services. It’s now using Google’s App Engine platform and has begun consuming IT as a service via Google’s GCP Marketplace. And it’s building a new API that will use MongoDB for catalog storage. These changes are allowing the company to transition away from its old infrastructure bit by bit, as needed, and to develop the rest from the ground up so it’s quickly and easily deployed using Atlas and GCP services.

This means Fotocadeau’s operation now “runs pretty smooth because it’s all on Google Cloud. The connections are amazing and the data we’re getting is all correct, and we’re now using MongoDB the right way too”, Rienstra says.

Beyond the peace of mind that comes from backups that now take place four times a day, Fotocadeau has also gained the ability to handle customer support issues much more quickly. Before making all its changes, the company was running Meteor for customer service on its local web host and the code ran slowly and hung up frequently.

“We needed to restart it every day — three, four, five times,” Rienstra recalls, adding that customer service information for each call could take as much as a minute to a minute-and-a-half to load. “That was a lot of annoying time.”

Now, all the data that customer service reps need loads in seconds, meaning every call goes faster and reps can handle more inquiries in the same amount of time. Things move faster on Fotocadeau’s websites too: thanks to App Engine and MongoDB Atlas as a catalog driver, the company can now serve millions of products in under 100 milliseconds.

“That’s something we really want to focus on in the future,” Rienstra says. “It makes us better than the competition.”

These changes put Fotocadeau on the path to bigger, better business opportunities in the months and years ahead. The first apps for its new API are due to launch by the end of January. The company is also on track to quintuple the size of its current catalog in less than two years and will bring on 10 to 12 new developers “so we can move even faster”, Rienstra says.

Beyond that, Fotocadeau has ambitions of expanding from the four countries it currently operates in to serve customers across all of Europe. “We now have one million products on bol.com, which is like Amazon here in Holland,” Rienstra says. “We are one of the biggest partners there and want to grow to 10 million products in two years. So we need to create an environment where we can handle 10 million products, and maybe even more, in the future.”

With the move to Atlas, he adds, the results the company has seen so far have been “pretty awesome”.

Learn how to save files larger than 16MB wtih MongoDB GridFS using the Go programming language.